Shorter than Bloomberg? Colluding with Google? The American people deserve the truth

Former mayors Michael Bloomberg and Pete Buttigieg are each vying to become the shortest U.S. president elected since William McKinley (5'7") in 1896. Only one of them, however, will take the stage Friday night at the Democratic primary debate in New Hampshire.

Because Bloomberg didn't qualify for the debate—he isn't even on the ballot in New Hampshire—the American public must wait to assess the accuracy of President Donald Trump's claim that the historically diminutive billionaire plans to continue his long-established tradition of standing on a box to conceal the truth about his height from voters.

Buttigieg, on the other hand, will be among the most closely watched candidates at the debate in Manchester. He is fresh off a (sort of) victory in the Iowa caucuses and has seen an uptick in support ahead of the Granite State primary next Tuesday.

Like Bloomberg, however, Mayor Pete's true height remains clouded in mystery, raising questions about his own propensity to deploy boxes, lifts, and other stature-boosting items in an effort to deceive the American people.

Bloomberg has often claimed to be 5'10". That's a blatant lie. Google lists his height at 5'8", but even that seems like an exaggeration, based on the available evidence. A fair and balanced assessment suggests the former New York City mayor is actually no taller than 5'6".

Buttigieg's true height is similarly hard to pin down. A Google search, for example, does not return a reliable result. Given Buttigieg's extensive network of Silicon Valley donors, one cannot help but wonder if this omission is the result of illicit collusion between the candidate and the search engine giant.

A Daily Dot investigation noted the unusual reluctance of mainstream journalists to mention the candidate's height in profiles. Buttigieg's campaign has previously claimed the former mayor is 5'9", while a number of obscure websites list a height of 5'8", which is also the reported height of Sen. Elizabeth Warren (D., Mass.).

The following photo, taken in October at the Democratic primary debate in Ohio, raises a number of questions—not only about Buttigieg's height claims, but also those of Sen. Bernie Sanders (I., Vt.), who is alleged to be six feet tall, the same height as former vice president Joe Biden. 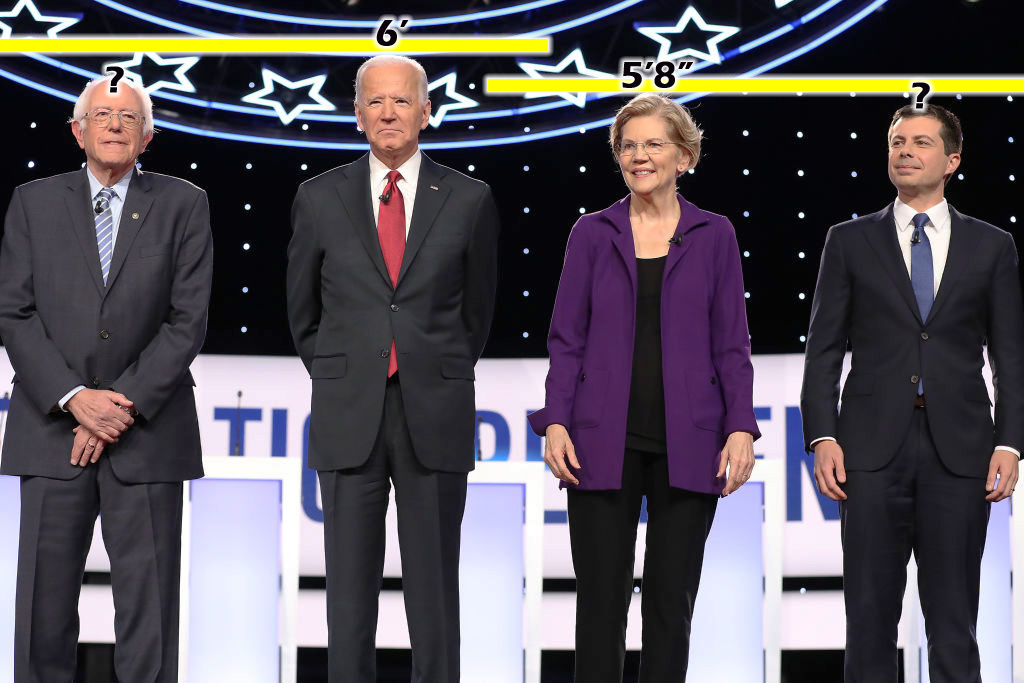 To be fair, Warren was wearing heeled boots at the debate, but it's unclear if shoes alone can explain the height disparity, given that Buttigieg also relies on heeled dress shoes to boost his stature. 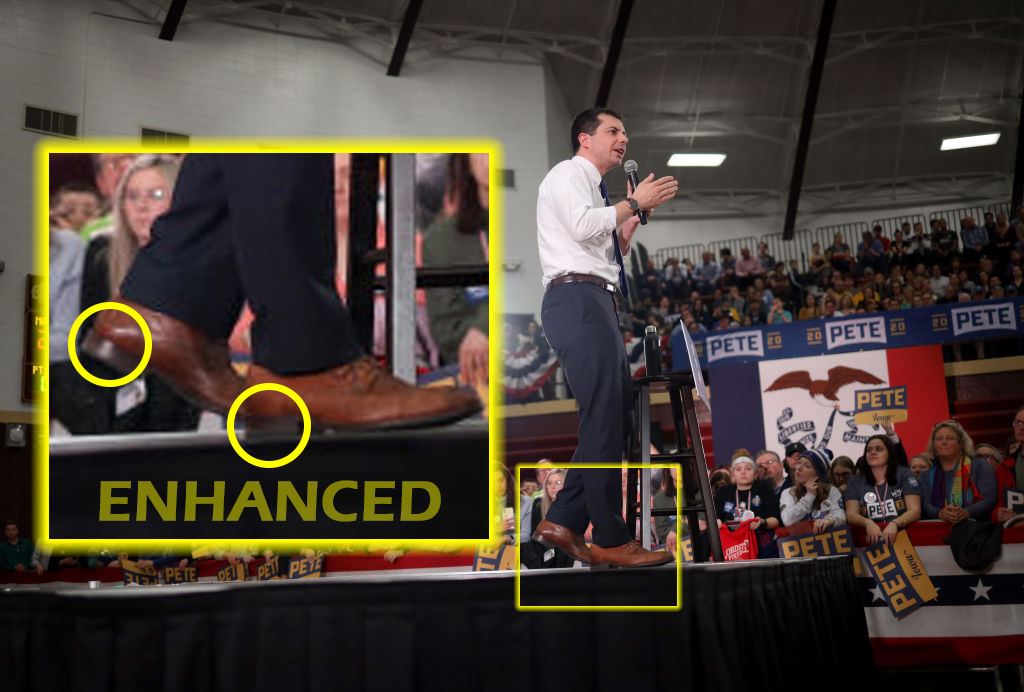 It's worth noting that, based on the available evidence, Buttigieg has not yet taken the extreme measures that the notoriously tiny Sen. Marco Rubio (R., Fla.) did during his 2016 presidential campaign to conceal the truth from voters.

It's also worth noting that while Buttigieg's height was the subject of considerable online mockery after a photo surfaced of him standing next to former candidate Beto O'Rourke—listed at 6'4"—some members of the media have been impressed by the increasingly pumped-up physique of "Mayor Beast."

Whether or not Buttigieg decides to be honest with the American people, he will face an unprecedented degree of ruthless trolling from the 6'3" commander in chief should he win the nomination. Just ask the (allegedly) 5'8" Rand Paul how it feels to be utterly humiliated on a national stage.

President Donald J. Trump has already mocked Buttigieg's height and likened the candidate to Mad Magazine mascot Alfred E. Neuman. Alas, a Trump-Buttigieg matchup in the general election will remain a pipe dream until Mayor Pete can attract more than zero percent of black voters in the Democratic primary. He remains far more popular among wealthy white voters in the "boat shoe" strongholds of Nantucket, Martha's Vineyard, and Cape Cod.

American voters have not elected a president shorter than six feet since Jimmy Carter in 1976.