U.S. hasn't elected a president shorter than five-foot-nine since 1896

Former New York City mayor Michael Bloomberg, the presumptive frontrunner to win the Democratic presidential nomination in 2020, would make history if elected. Bloomberg would not only be the first Jewish president in American history but would also be among the shortest commanders in chief since our nation's founding.

As the Washington Free Beacon's Alex Griswold reported Wednesday, the diminutive mayor has often claimed to be 5-foot-10, but is "actually several inches shorter." Google lists Bloomberg's height as five-foot-eight, but a further Free Beacon investigation suggests even that figure is far too generous, which would explain why the billionaire candidate frequently deployed boxes and modified podiums throughout his tenure as mayor in an attempt to conceal the truth from voters.

Based on all available evidence, a fair and balanced assessment suggests the former mayor's true height is somewhere around five-foot-six.

Doing what comes naturally, President Donald J. Trump (six-foot-three) has taken to calling Bloomberg "Mini Mike." Trump recently suggested the former mayor was "negotiating ... to have the right to stand on boxes, or a lift" during the upcoming Democratic debates.

The media, also doing what comes naturally, rallied to the Democrat's defense. CNN's Brian Stelter, among others, fact-checked Trump's accusation and found "no evidence" to support it, disregarding the mountains of evidence that Mini Mike prefers to stand on boxes.

Stelter's CNN colleague, the indomitable Jim Acosta, performed a Google search on the heights of various American leaders and discovered that James Madison, the fourth president of the United States, was just five-foot-four. This really is a golden age of journalism.

Acosta's intrepid reporting does, however, raise the question of how Bloomberg measures up (literally) to previous American presidents. Assuming an accurate height of five-foot-six, the following five facts should help you understand the almost unprecedented nature of Bloomberg's tiny body.

1) Bloomberg would be the second-shortest president in American history.

Madison would still be the shortest. If elected, Bloomberg would enter a three-way tie with Benjamin Harrison and Martin Van Buren for the runner-up position.

2) The United States hasn't elected a president shorter than six-foot since 1976.

Jimmy Carter is 5-foot-10, which is still slightly taller than the current average height for American men.

3) The United States hasn't elected a president shorter than five-foot-nine since 1896.

William McKinley was five-foot-seven when he was elected more than 120 years ago. That was in line with the average height for American men at the time.

4) Every woman Donald Trump has ever married is taller than Mike Bloomberg.

5) Bloomberg is shorter than Vladimir Putin.

Putin is reportedly five-foot-seven. How will Mini Mike stand up to him? 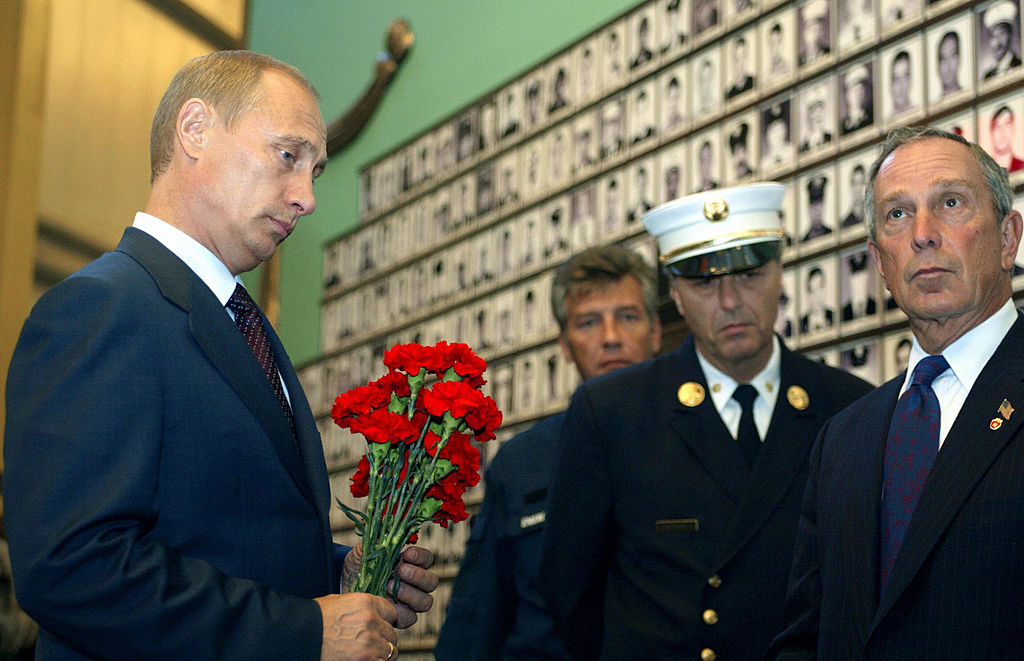