Nine Fun Ways to Buy Access to The Clintons

Reports that the Bill, Hillary, & Chelsea Clinton Foundation has been raking in donations from foreign governments and billionaires have raised serious ethical concerns with respect to Hillary’s forthcoming White House run. The foundation has defended the practice of accepting foreign donations, which was put on hold during Hillary’s tenure as Secretary of State at the request of the Obama administration.

"The Clinton Foundation has strong donor integrity and transparency practices that go above and beyond what is required of U.S. charities and well beyond the practices of most peer organizations," the group said in a statement. Still, even her liberal supporters have acknowledged the poor optics.

For foreign governments and billionaires, donating to the Clinton Foundation is one of the only ways to buy access to the powerful political dynasty. For the rest of us, however, there are plenty of fun alternatives. And the best part? You don’t have to pick just one! 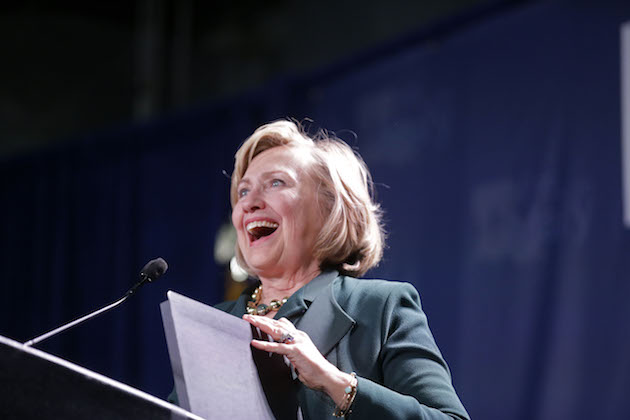 2. Donate to ‘Ready for Hillary'

Until her campaign is up and running, this pro-Hillary Super PAC is an exciting way to buy access to the Clintons. The group has already raised more than $12 million this cycle, and has received $25,000 donations from Democratic heavy hitters such as Warren Buffett and George Soros. 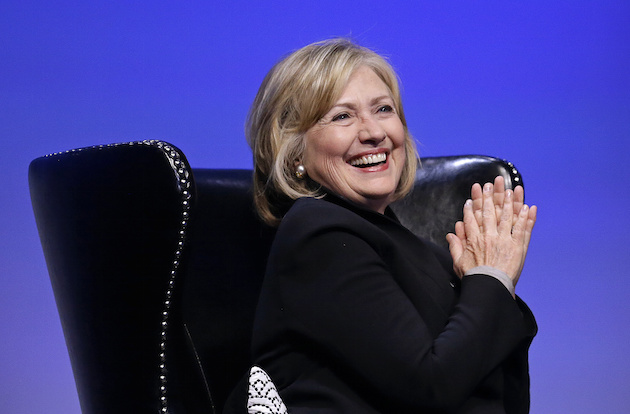 3. Donate to the Clinton Foundation

As previously mentioned, it’s one of the only options for foreign plutocrats. U.S. corporations are more than welcome to contribute as well. Prominent donors include the governments of Saudi Arabia, Qatar, the United Arab Emirates, as well as a number of Saudi billionaires, and a foundation run by Victor Pinchuk, a Ukrainian steel magnate who has been accused of illicit trade practices by the U.S. government.

And don’t forget Canadian mining tycoon Frank Guistra, a member of the Clintons' inner circle who has pledged more than $130 million to the foundation. Guistra’s donations were announced after his company was awarded lucrative mining contracts in Kazakhstan, a country with an abysmal human rights record. By sheer coincidence, Bill Clinton just happened to accompany Guistra on a trip to Kazakhstan to meet with President Nursultan Nazarbayev just days before the contracts came through. 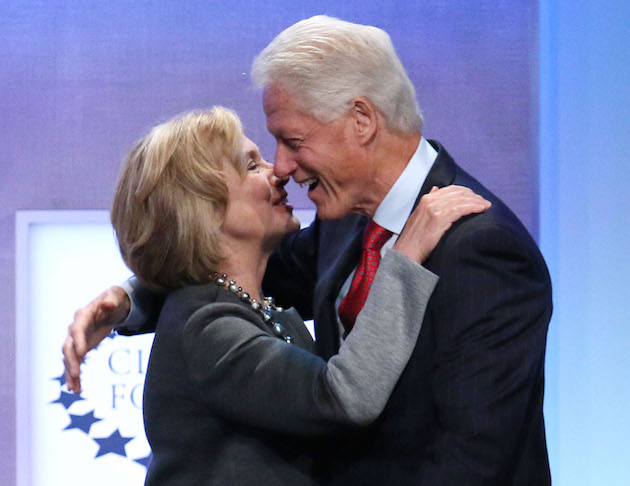 4. Donate to the Center for American Progress

The left-wing think tank has been quite explicit in selling itself as a means to purchase an audience with Hillary Clinton. Documents obtained by the Hill revealed that CAP offered individuals who donated at least $250,000 an opportunity to meet with Clinton at the group’s 10th anniversary party. CAP’s former chairman, John Podesta, is expected to play a prominent role on Hillary’s 2016 campaign team. 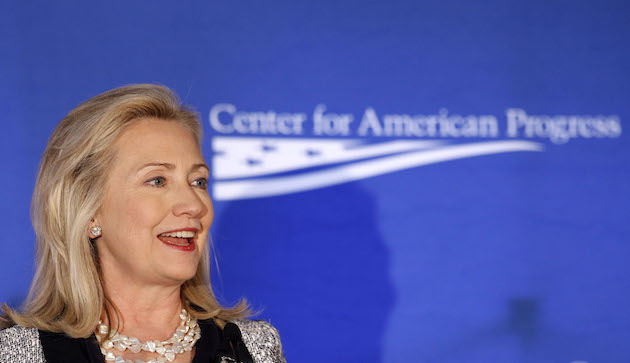 5. Pay Hillary (or Bill) to give a speech

This is one of the more expensive options. But it's well worth the cost, especially if you were savvy enough to get in on the action early. Goldman Sachs, for example, purchased a couple of Hillary speeches back in 2013 for the bargain sum of $200,000 a piece. The price has gone up considerably since then. She currently charges public universities a "special rate" of $300,000. An hour with Bill, on the other hand, will set you back as much as $750,000.

This is another way foreign entities can buy their way into Clintonland. One of the Hillary’s most recent speeches was hosted by a Canadian banking giant accused of helping Enron commit fraud. Bill Clinton has made millions giving speeches in countries all over the world, including China, Russia, Saudi Arabia, Egypt, the United Arab Emirates, Turkey, and the Cayman Islands, among others. 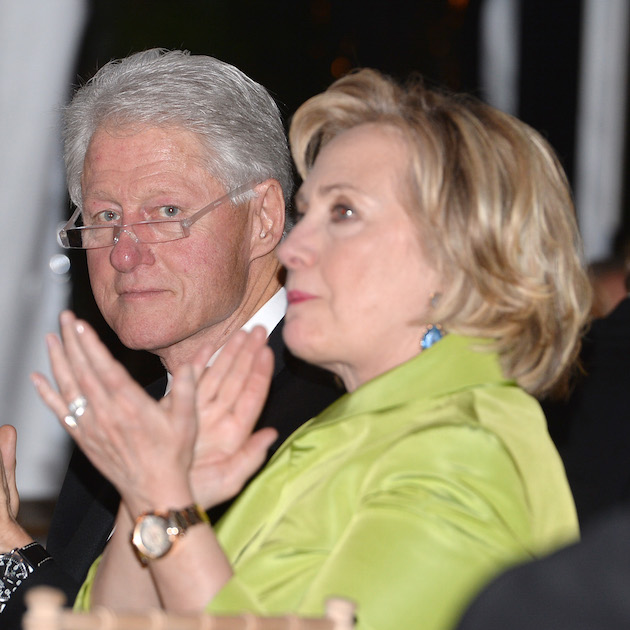 Clinton son-in-law Marc Mezvinsky possesses very few skills as a money manager, but that doesn’t mean he can’t provide lucrative returns in the long run. His connection to one of the most powerful political families on earth is a major reason why his boutique hedge fund, Eaglevale Partners, attracted "standing-room only crowds" during early meetings with prospective investors. Eaglevale clients include Lloyd Blankfein, chairman and CEO of Goldman Sachs, and Marc Lasry, a billionaire hedge fund titan and owner of the Milwaukee Bucks. As you’ll see, Lasry knows a thing or two about buying access to the Clintons. 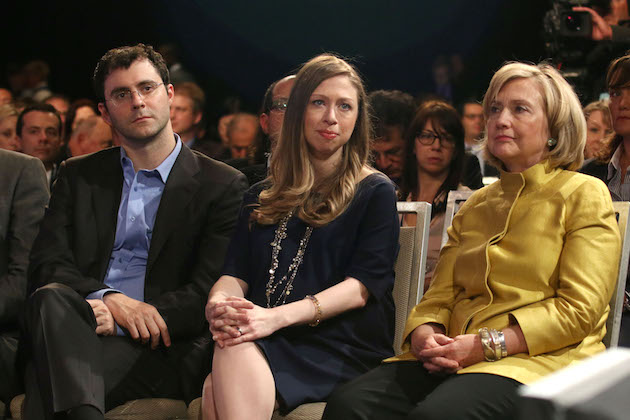 This can be less direct way to curry favor with the Clinton’s, but that doesn’t mean you shouldn’t try. Just ask billionaire financial tycoon Marc Lasry if he regrets giving Chelsea Clinton a plum gig at his $13.3 billion hedge fund. NBC News didn’t think twice about paying Chelsea $600,000 a year to conduct interviews with the Geico Gecko as a "special correspondent." Granted, that is a relatively paltry sum, by Clinton standards. Hillary can make that in about two hours. 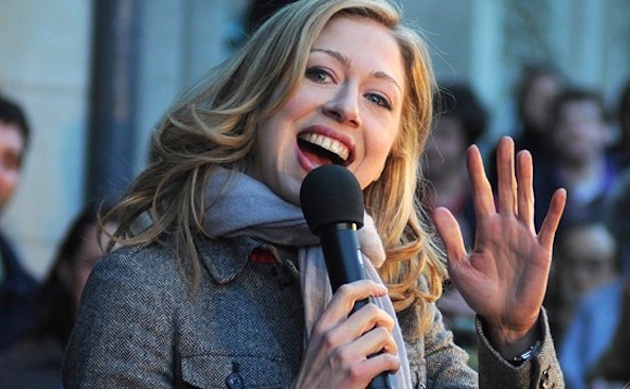 8. Own a private jet called the "Lolita Express"

This is one of the more exotic options for getting in with the Clintons. For one, it is only likely to work on Bill, who took multiple trips on a private jet owned by billionaire pedophile Jeffrey Epstein. Locals in the U.S. Virgin Islands referred to the jet as the "Lolita Express" because of Epstein’s habit of flying young girls, skilled in the art of sensual "massage," to his 78-acre mansion for "parties." Flight logs show that Clinton shared more than a dozen flights with a woman suspected of helping Epstein solicit underage girls for sexual acts. Just a coincidence, probably. Could happen to any of us. 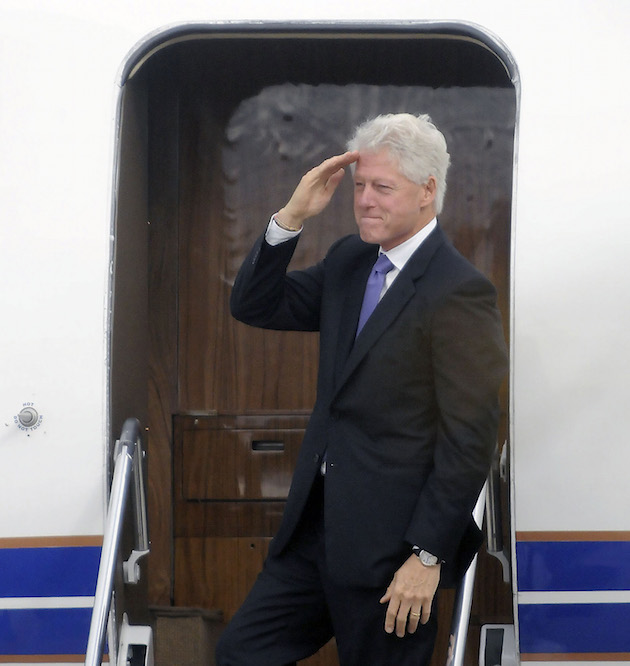 A somewhat speculative play, to be sure, but it could yield benefits sooner than you might expect. It has not yet been definitively established that Hillary Clinton was not holding a walker on the cover of People magazine, and the extent of her mobility remains in doubt. Therefore, a savvy investor might want to look into developing an advanced exoskeleton suit that could help negate the onset of old age. The military is already working on some promising prototypes, but an ambitious billionaire in the mold of Tony Stark would likely be able to have greater success outside the reach of government bureaucracy. If successful, a coveted spot within the Clinton’s inner circle would be yours for the taking. 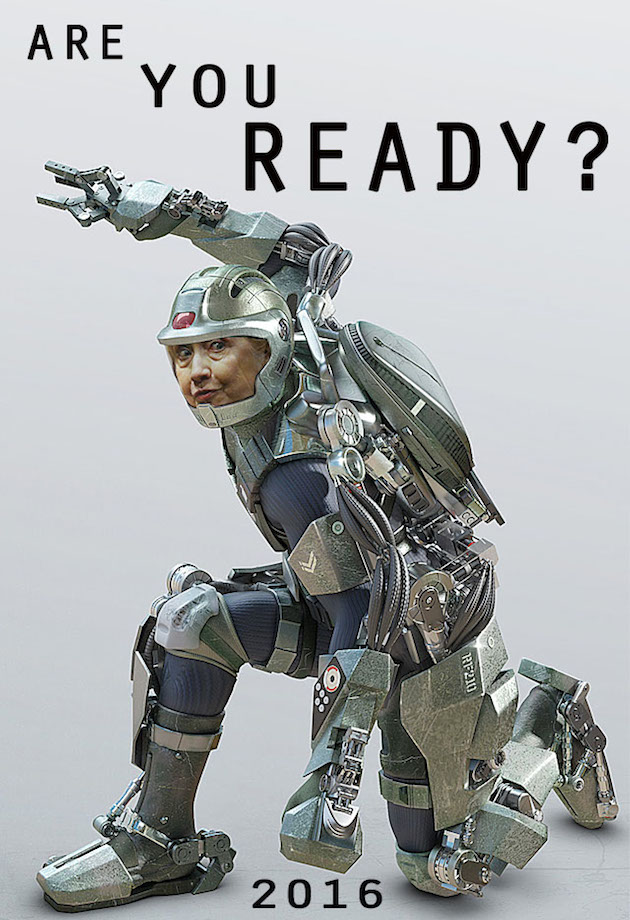