Science and technology are responsible for some of mankind’s greatest achievements, but could they also help propel (quite literally, in fact) Hillary Clinton to the White House in 2016? The answer is yes.

Clinton’s mobility challenges have received considerable attention in the press. This has led some to ponder whether groundbreaking exosuit technology currently in development could provide a game-changing mobility boost for the 67-year-old homeowner ahead of a potential presidential run.

A recently published report from the Center for a New American Security suggests that Clinton’s mobility skeptics may have gravely underestimated how powerful the renowned public speaker could become thanks to technological advancements.

The report, titled "Between Iron Man and Aqua Man: Exosuit Opportunities in Maritime Operations," notes that the potential value of exosuit technology "extends beyond the land environment," something that has been "largely neglected" by existing programs and analyses. The authors predict that exosuits could "take up a meaningful role in maritime operations" within the next five years.

This is great news for Hillary Clinton, who was photographed walking somewhat unassisted on a beach over the summer, only occasionally relying on the assistance of a service dog for much-needed stability. Conventional exosuit technology, of course, would ensure that Clinton does not require canine assistance to walk along a sandy shore. New maritime exosuits, as described in the CNAS report, could help Clinton expand her horizons and make that crucial leap from shore to sea.

If Clinton were to ever find herself moved to explore the cool waters tickling the shores of the Hamptons, or lead a maritime incursion into enemy territory (she is known to have experience dodging bullets), this new technology could make it possible. The revelations might explain why the Republican Party is obsessed with waging war on science. If current trends continue, the GOP may be powerless to stop the Clinton machine in 2016.

The Free Beacon will continue to cover these important developments. 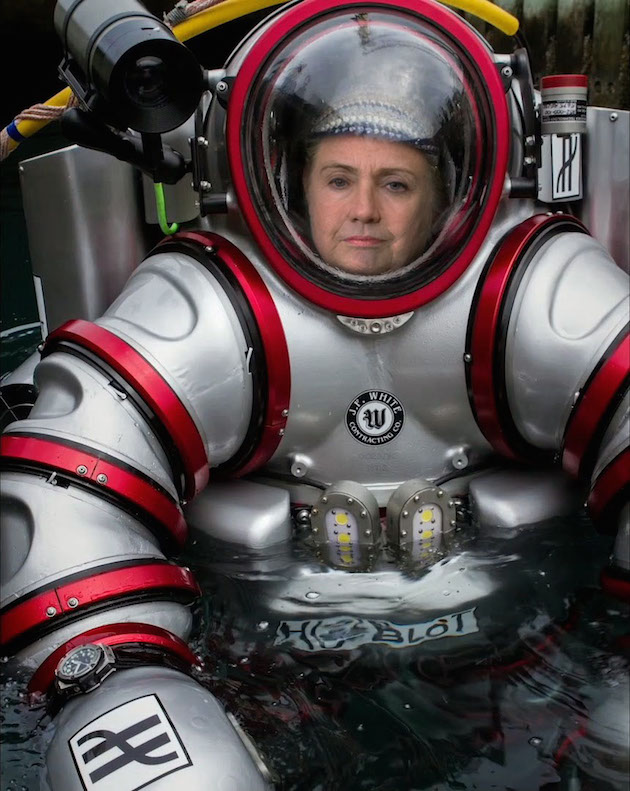