We don’t know much about Steven Sweeney, whose daughter, Sydney, stars in HBO's psychedelic teen sexcapade Euphoria. The actress has described her dear old dad as being "in the medical field," and says he raised his children to be "religious." He hasn’t shared a photo on Instagram since September 2018, but his now-dormant profile is a menagerie of cute dogs and posts about weed.

The Spokane native may seem like your average Joe. But as a wise man once said: "Fathers be good to your daughters/Daughters will love like you do." In other words, if you want to judge a father, you need only look at his daughter. Well, we here at the Washington Free Beacon have spent plenty of time looking at Sydney Sweeney, and it’s clear that she makes her father look almost as good as her.

Let’s set aside her titillating turn as the carousel-riding Cassie in Euphoria or the full-frontal ferocity of her performance in the Amazon Prime film The Voyeurs. Sure, Sweeney may have what even her grandparents called "the best tits in Hollywood." But you know what’s hotter than that? The courage of her convictions.

When Hollywood feminist scolds tried to shame the shapely starlet out of doing nude scenes, she was firm in her resolve to keep on keeping on while taking it all off. And when the libs tried to cancel her over photos that showed her yee-hawing it up at her mother's MAGA-themed 60th birthday party, she politely but firmly told them where they could stick their opinions.

Many of the triggered trolls claimed to pick Mr. Sweeney out of the photos from his wife's "Make Sixty Great Again" party. But let’s set the record straight. 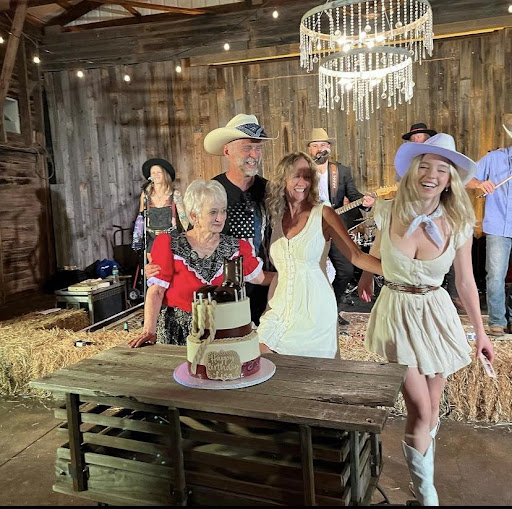 Nor is he the faux-MAGA-hat-wearing fella gripping a beer and grinning alongside Sweeney’s brother, Trent. 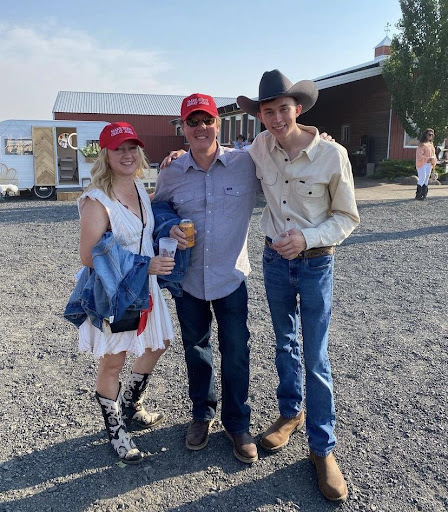 In fact, Steven Sweeney doesn’t seem to appear in any of the photos from his wife’s birthday party. Why could that be? Perhaps he was mixing drinks at the bar or attending to the grill. Maybe he was playing the dutiful dad and snapping pictures of his adoring family. Or maybe he was off having some fun with his buddies, cracking beers behind the barn or lighting up by the mechanical bull.

We may never know what Steven Sweeney was up to that day, but it doesn't matter. He's worked hard to provide for his family and raised a hot daughter who is proud to party with her Republican relatives. Siring America's sweetheart more than earns you a pat on the back and some time out of the spotlight. And in Steven Sweeney's case, it also makes you a Washington Free Beacon Man of the Year.