CNN hosts can't stop boasting about the lack of racial diversity among their employees. Last week, for example, Jake Tapper posted photos from the network's annual Christmas sweater contest. It was one of the most flagrant displays of dorky whiteness in recent memory.

Over the weekend, CNN's Jim Acosta got in on the action by posting a photo of himself posing with a bunch of white staff members. Most alarming of all, the photo was taken at CNN headquarters in Atlanta, a mecca of racial diversity. According to the U.S. Census Bureau, just 38 percent of Atlanta's population is white; 51 percent is black. Now compare those demographics to the demographics of Acosta's staff: 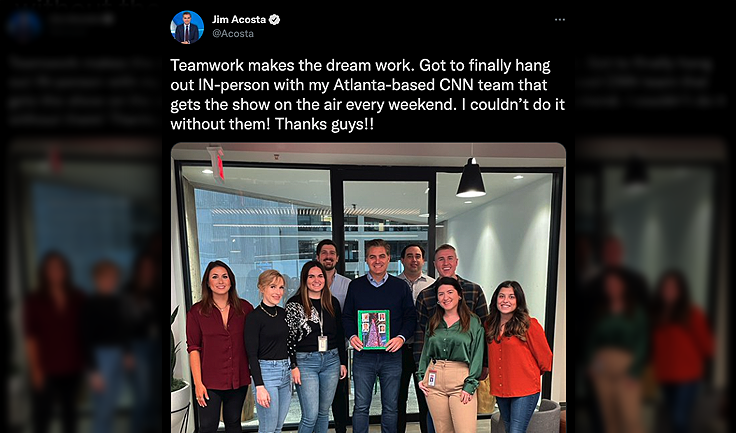 Yikes. For a lib journalist whose entire show consists of corny jokes about how Republicans are white supremacists, you'd think Acosta would be more accepting of racial diversity in the workplace. You'd also expect a lib journalist and his colleagues to believe in science. Alas, this maskless photo suggests a reckless disregard for human life amid a surge in COVID-19 cases due to the Omicron variant.

We are literally shaking right now.

READ MORE: CNN Could Have Promoted a Person of Color To Replace White Masturbator Jeffrey Toobin. The Network Refused. Why? 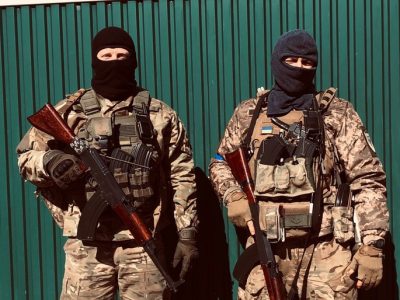