The United States Air Force Academy on Thursday held a seminar promoting "transgender visibility and awareness in our Air Force."

The "discussion" session focused "on awareness for transgender communities in the military," according to a copy of an invitation for the event obtained by the Washington Free Beacon. 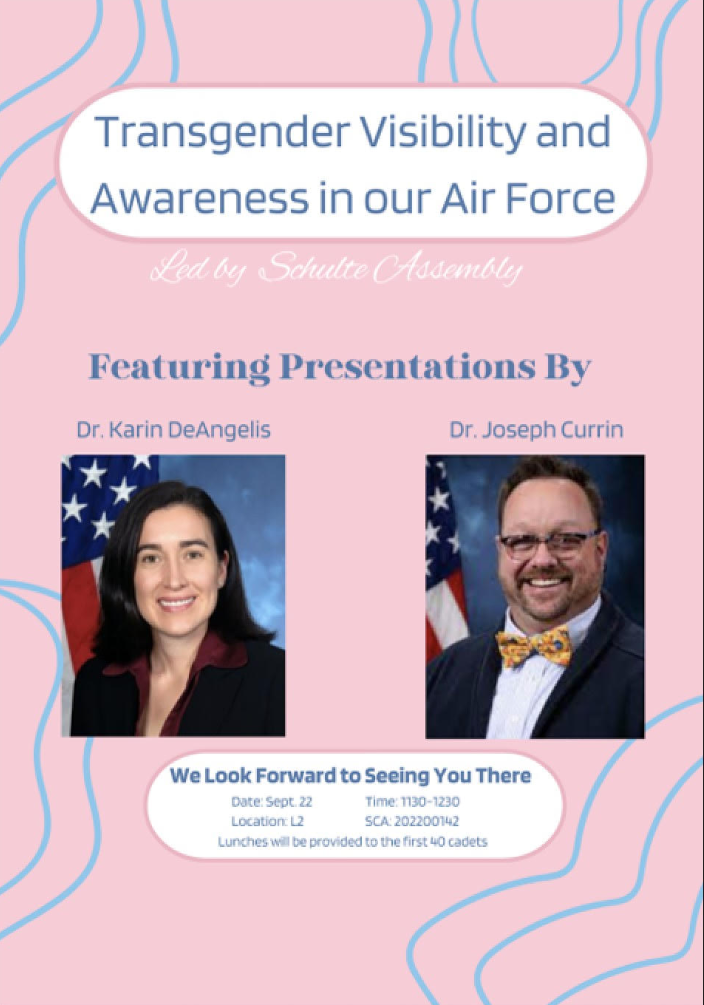 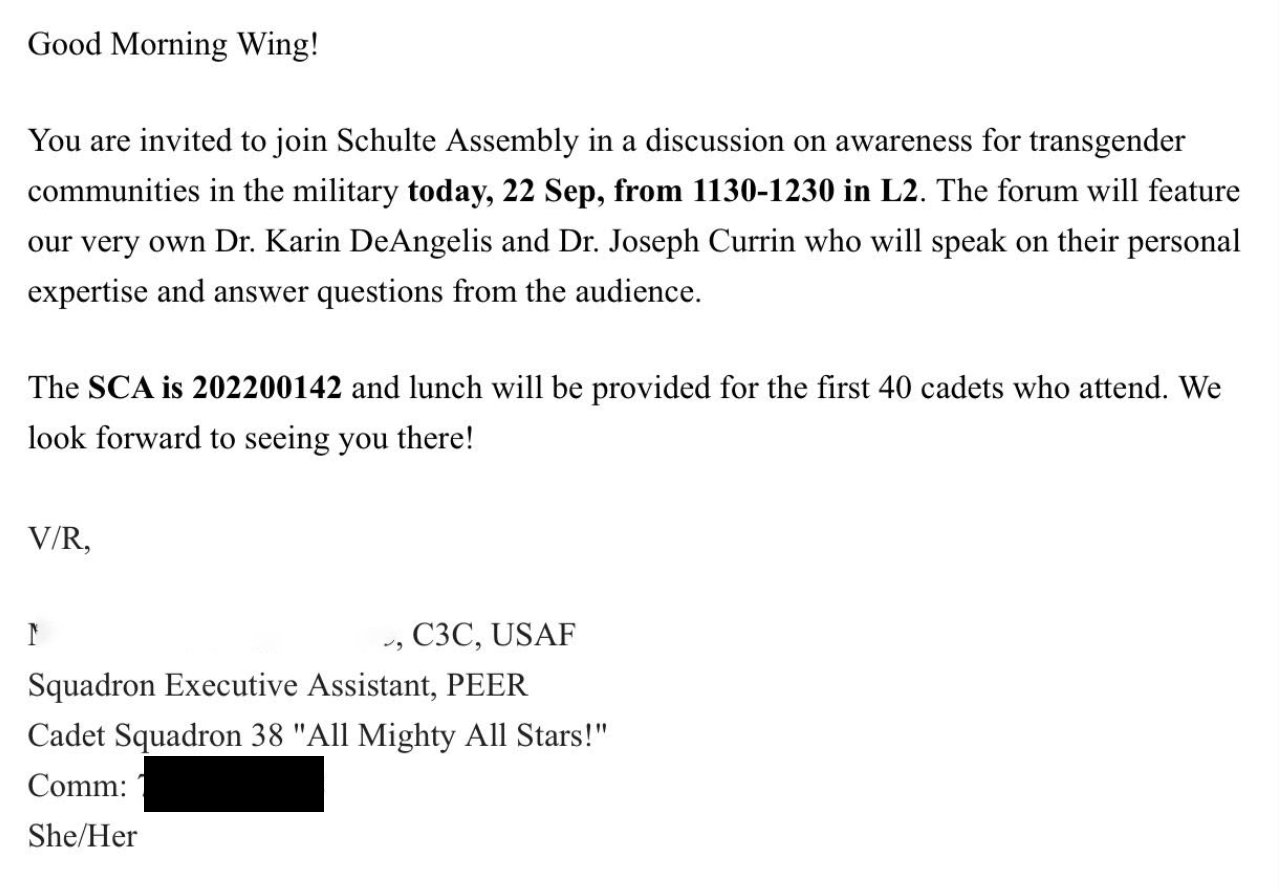 Events of this nature are part of a wholesale push by the U.S. military to foster a more culturally inclusive environment. Critics say this type of training is part of a woke cultural agenda that is being mainstreamed by the Democratic Party’s far-left flank. The Army, for instance, mandates gender identity training and instructs its officers on the best time to offer subordinates gender-transition surgery. The seminar was held on the same day the Free Beacon reported on an Air Force Academy course teaching cadets to "use inclusive language" that avoids gender pronouns.

The first 40 cadets to attend the seminar received a free lunch.

A cadet listed as a point of contact for the event, did not answer a Free Beacon request for comment.