Rep. Susie Lee (D., Nev.) keeps violating her state's indoor mask mandate. Photographic evidence obtained by the Washington Free Beacon shows the congresswoman partying without a mask for the second time in as many months, putting countless lives at risk with her irresponsible behavior.

Lee was spotted dancing at the Power of Love Gala in Las Vegas on Oct. 16. She wasn't wearing a mask, even though Gov. Steve Sisolak (D., Nev.) imposed a state mandate that requires the use of masks in "indoor public settings," regardless of vaccination status. Sisolak's office did not return a request for comment on the reckless violation. 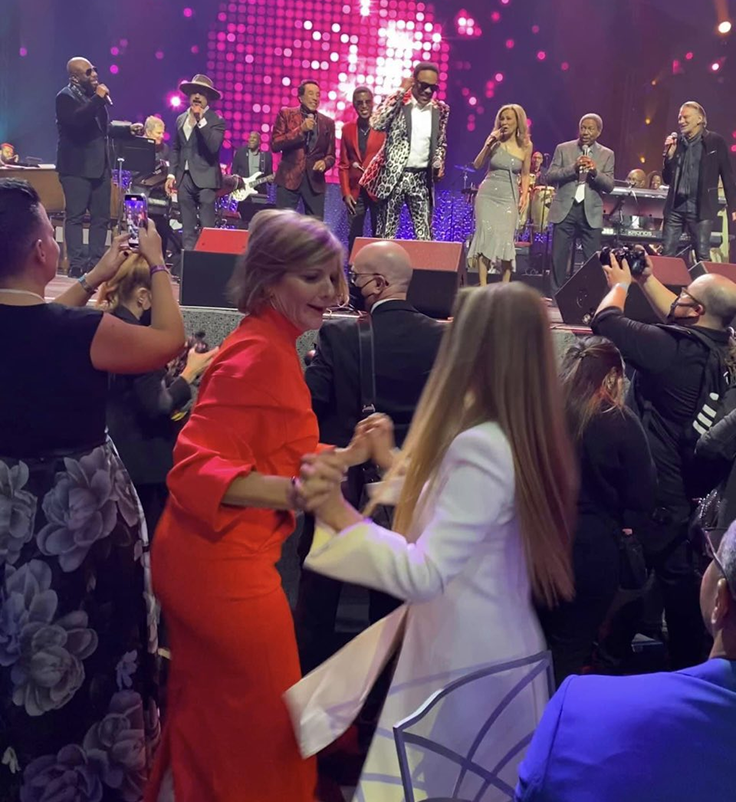 The ritzy gala, sponsored by Moët Hennessy, was thrown in honor of K.T. Lim, a Chinese-Malaysian billionaire. Lim's company developed Resorts World Las Vegas, which hosted the celebrity-packed affair, where guests dined on "gourmet cuisine from celebrity chefs Wolfgang Puck and Bobby Flay," and could bid on "luxury auction items" such as dinner with Jon Bon Jovi, a chess match with opera singer Andrea Bocelli, and a Lamborghini. Other VIP attendees included Demi Lovato, Jordin Sparks, and A.J. McLean of the Backstreet Boys.

The event organizers insisted they would "be following all state MASK MANDATES," which allow individuals to remove their masks indoors while actively eating or drinking, but not dancing. Lee's refusal to respect science by wearing a mask indoors is odd, considering she is wearing one in every photo she has posted on her official Twitter account, even in situations where it's not required. On Monday, for example, Lee wore a mask outside while hosting a visit from Vice President Kamala Harris. Nevada does not mandate the wearing of masks outdoors. 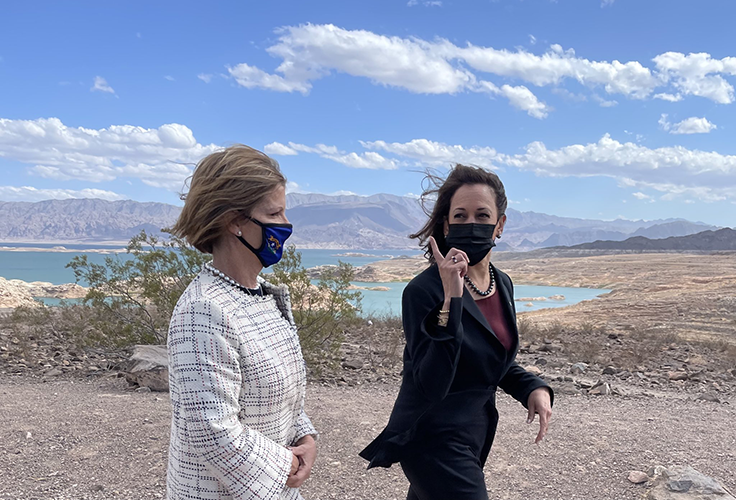 It's not the first time Lee has been caught behaving recklessly at a swanky gala honoring a billionaire. The congresswoman attended a costume party on Sept. 11 to celebrate Elaine Wynn. The ex-wife of casino magnate Steve Wynn has donated more than $13,000 to Lee since 2015. Lee was photographed posing maskless with Sen. Jacky Rosen (D., Nev.) at The Cosmopolitan of Las Vegas, an "urban chic" venue that "requires all guests and employees, both fully vaccinated or not, to wear masks while indoors on property." 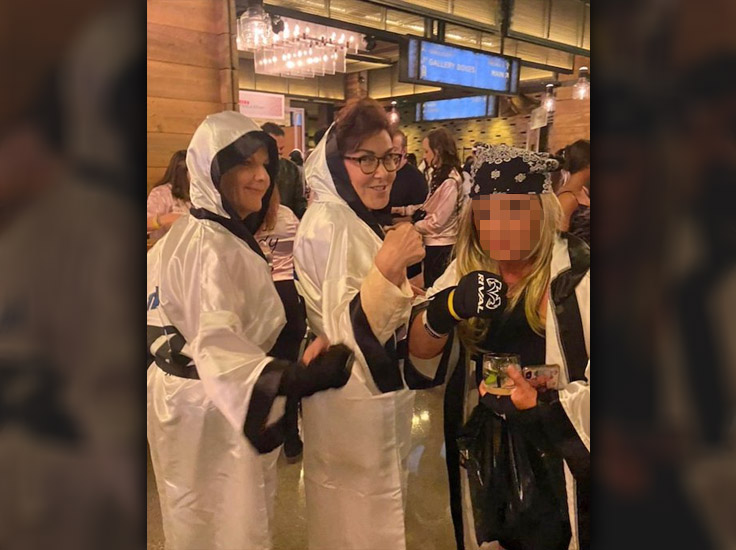 Lee did not return a request for comment about her irresponsible partying. She is far from the only elected Democrat to openly disregard the health and safety requirements she claims to support. The Free Beacon will continue to hold them accountable for their actions.