The Democratic lawmakers were wearing personalized boxing robes—Rosen's, for example, reads "Jolting Jacky"—while schmoozing at The Cosmopolitan of Las Vegas, an "urban chic" venue that mandates "all guests ... wear masks while indoors on property." 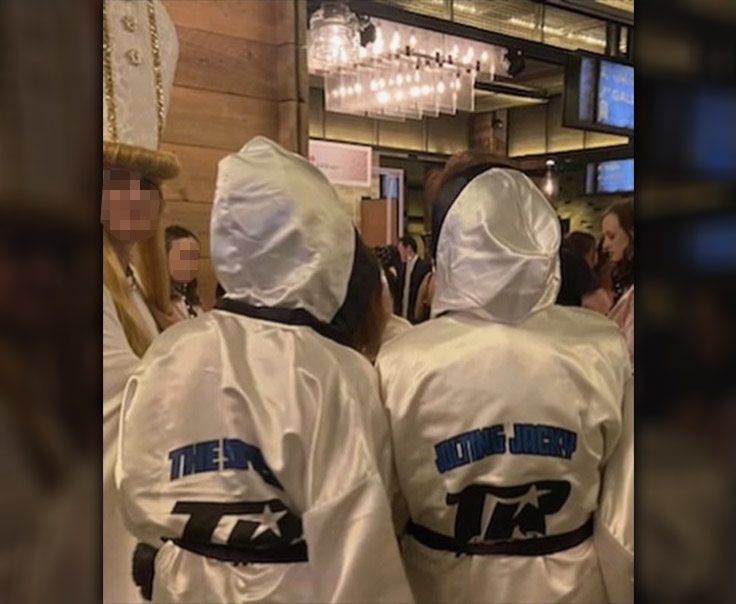 Federal records show that Elaine Wynn, guest of honor at the maskless soirée, has donated more than $13,000 to Lee since 2015. Wynn has donated tens of thousands of dollars to Democratic candidates and committees since 2001.

Rep. Sean Patrick Maloney (D., N.Y.), chair of the Democratic Congressional Campaign Committee, recently shunned a State Department travel warning by flying to France, where he partied maskless at a billionaire's chateau. Meanwhile, he urged Americans to follow federal guidelines because it was "the right thing to do."

Rosen in particular has a long track record of urging others to wear masks, even as she flaunts her state's restrictions. "Mask up and get vaccinated, Nevada," Rosen wrote on Aug. 10, for example. "Together, we can beat this pandemic."

Lee, on the other hand, has a history of anti-mask behavior and rhetoric, which could endanger thousands of her fellow Nevadans. When Las Vegas fully reopened in June, Lee celebrated. "Swap that mask for your best poker face—Vegas is ready, come visit!" she wrote.

An invitation for the Sept. 11 gala reviewed by the Free Beacon contains no indication that attendees were encouraged to wear costumes, but the Democratic lawmakers were not alone. Neither Lee nor Rosen returned requests for comment on their maskless partying.