The 2016 Republican field is young and racially diverse, especially compared to the Democratic side, which is comprised almost exclusively of elderly whites. Liberals find this upsetting, and have vented their anger by questioning the racial authenticity of GOP minority candidates.

Consider the media coverage surrounding Louisiana Gov. Bobby Jindal's presidential announcement. The Washington Post sent reporters to India to visit Jindal's relatives and write a story about how Jindal "has spent a lifetime distancing himself from his Indian roots."

"There’s not much Indian left in Bobby Jindal." http://t.co/1N3ZPV47El

Though no longer relevant, the New Republic wrote something about Jindal and the "shame of immigrant self-hatred."

How Dinesh D’Souza and Bobby Jindal advanced in the GOP by erasing their ethnic identities. http://t.co/o7GjJjTZCL pic.twitter.com/UlVi8LS0ya — The New Republic (@tnr) June 24, 2015

Jindal, of coruse, was born in Baton Rouge.

Liberals have been launching racially-tinged attacks at Jindal since long before he formally announced his presidential ambitions.

Is Bobby Jindal’s reputation for intelligence anything other than ethnic stereotyping?

Earlier this year, an MSNBC guest accused Jindal of "trying to scrub some of the brown off his skin."

Jindal is hardly the only minority GOP candidate to be accused of betraying his race. Bloomberg's Mark Halperin was forced to apologize to Ted Cruz after a bizarre interview in which Halperin asked the Texas Senator about his favorite Latino foods and music, and insisted that Cruz speak in Spanish. A New York Times op-ed suggested that Cruz was as Hispanic as Tom Cruise. Former New Mexico Gov. Bill Richardson argued in 2013 that Cruz should not "be defined as a Hispanic."

Republican Ben Carson, the only African-American candidate from either party, has been called a "black racial hit man," a "traitor to his people," and a "role model for black teens until he sold out to the right." Marco Rubio has been accused of perpetuating "all the bad stereotypes of Cuban Americans," and has been described as a "brown face" Republicans "trot out" in an effort to appeal to Hispanics. Meanwhile, liberals have attacked Carly Florina, the youngest female candidate in the 2016 field, for daring to identify as a feminist.

The 2016 Republican field includes two Hispanic Americans, one African American, one Indian American, and one female former CEO. The Democratic field looks like this: 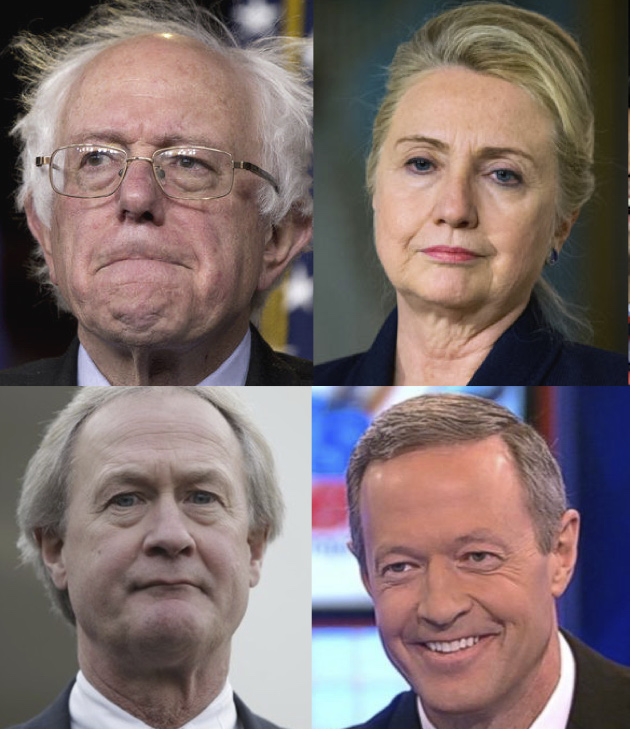