CHAPEL HILL—A long line snakes around the Graham Student Union, and extends out into "The Pit," disrupting the flow of students on their way to class. We're here to see Beto O'Rourke, the Democratic presidential candidate. "Who's that?" is a recurrent response from inquisitive passersby. "Oh, cool," is another.

The line continues to grow. A Mom Demanding Action for Gun Sense in America gives her bored children, also decked out in MDA gear, permission to look around in the student store. With an indeterminate amount of sarcasm, she thanks them for letting her use them as "props" for the day. She wants a "real person" to take on Donald Trump in 2020. She likes Elizabeth Warren's policies, but worries her nomination would be "Hillary all over again." Joe Biden and Bernie Sanders are just too old.

We're loitering next to an emergency call box adorned with typical campus flair. Stickers promoting "consent," and "antifascist action." And a Wendy's boycott, though no one is sure why. Maybe it's sort of like the Chick-fil-A thing? (It's not.) Just out of sight, in the main quad, students are demanding justice in Palestine. A group of female students fight through the Beto line. They agree they might have gone to see Pete Buttigieg. "He's chill."

Like most college towns, Chapel Hill is reliably blue. Democratic presidential nominees have won more than 70 percent of the vote here in Orange County since 2008, when Barack Obama's strong showing among college-age voters helped him defeat Hillary Clinton in the North Carolina primary and become the first Democrat to win the state in a general election since Jimmy Carter in 1976.

That's why Beto is here. At the very least, he's guaranteed to draw a crowd. However, once the doors are opened and the ostensibly formidable line flows in, it's clear he has his work cut out for him. The 600-person venue is far from empty, but there's plenty of room to stretch out or sit on the floor. The aforementioned children of the Mom Demanding Action choose the latter option. (Eventually, they are allowed to leave.) It's a different crowd than the one that turned out at his launch rally in El Paso, Texas. This one is mostly white, and responds with little more than blank stares when the candidate switches to his "native" Spanish. 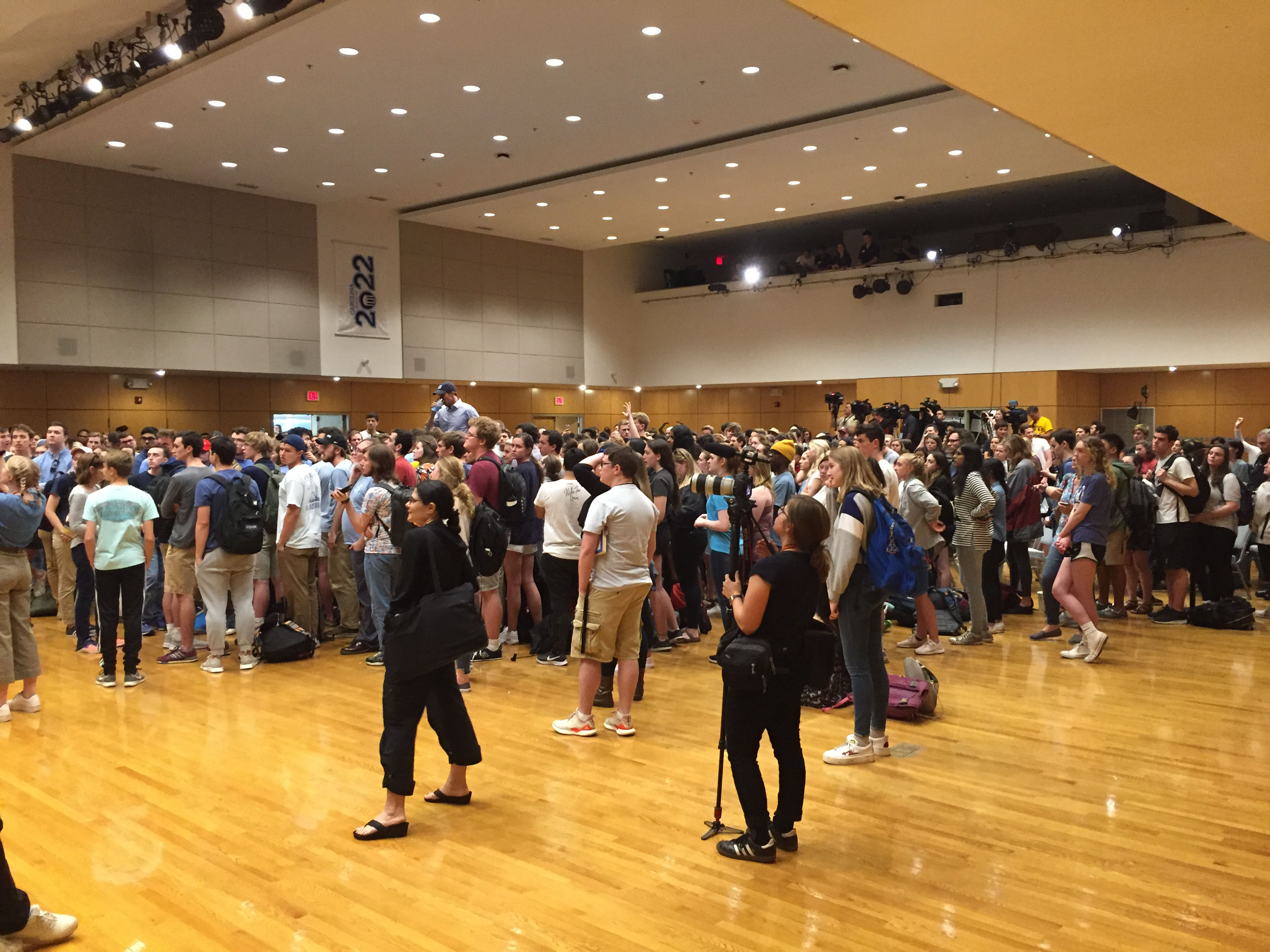 As Arcade Fire blares over the loudspeaker, your correspondent (and former UNC student) is reminded of those heady days back in 2008, when the Canadian musical giants played a free "Vote for Change" concert down the road in Carrboro. The band covered David Bowie's "Heroes," and proclaimed their support for Obama, who would arrive on campus a few weeks later to address a capacity crowd at the 22,000-seat Dean E. Smith center.

It's far too early in the cycle to hold that against Beto, who is currently in fourth place (8 percent) among Democratic primary candidates, according to the most recent Emerson poll. There's a long way to go, and many intra-party battles yet to be waged. We are offered a glimpse of the Democratic infighting to come when a heckler interrupts the Beto's riff on health care with an appeal for a single-payer system.

Unlike Bernie Sanders, who leads the Emerson poll with 29 percent, Beto is reluctant to support health-care reform that will eliminate the private insurance market altogether. He wants to give people the option of enrolling in Medicare, but doesn't want to get rid of existing health-care plans that people like. Thus, Beto is accused of wanting to "keep [health] insurance companies making profits." The crowd loves it when Beto snidely asks for permission to continue. The heckler, who looks exactly like you imagined him, is unconvinced and exits stage right. 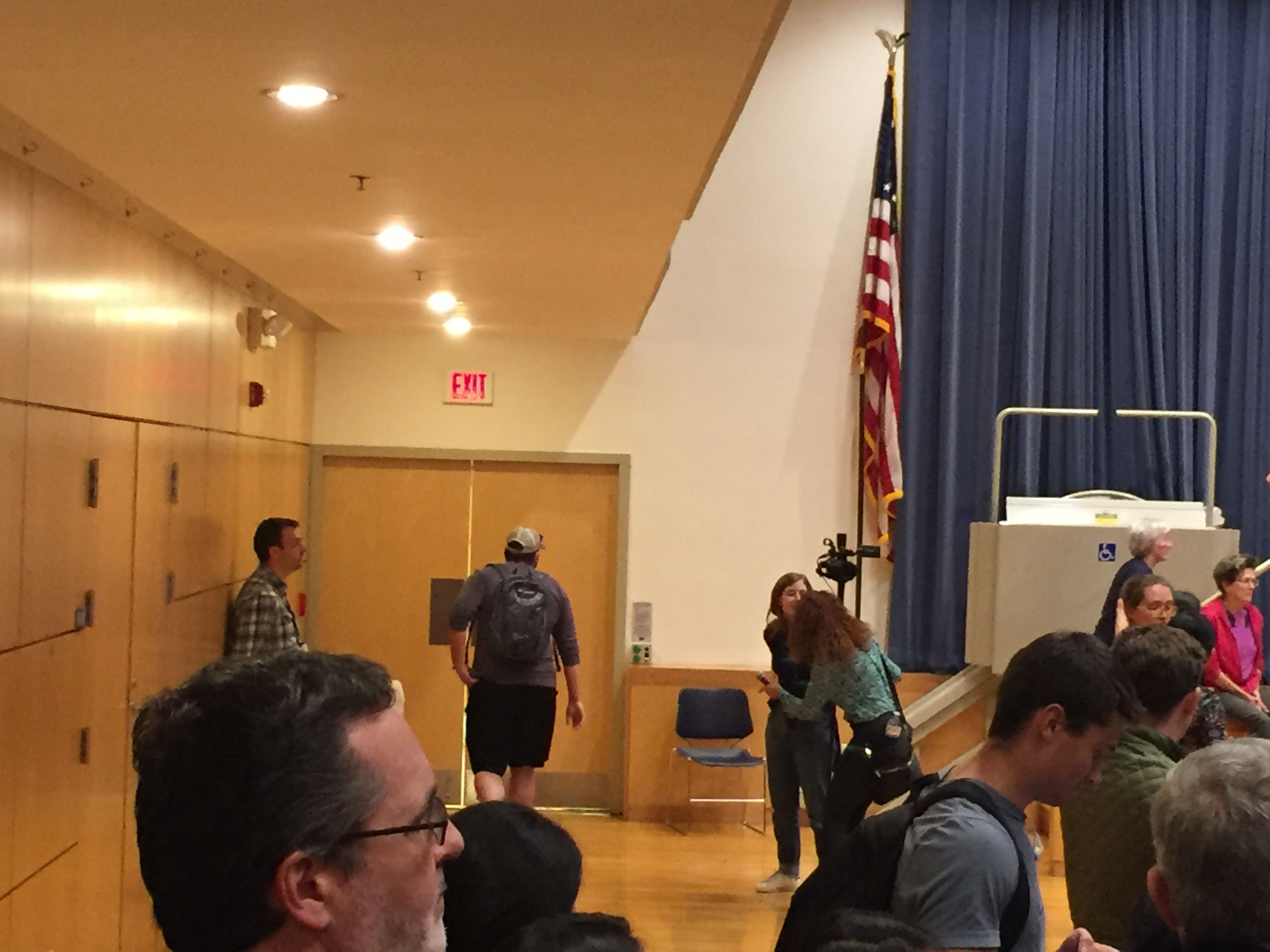 Welcome to the Democratic primary. While this scene was playing out in Chapel Hill, one of the Democratic Party's most formidable think tanks, the Center for American Progress (CAP), was in crisis-control mode after its partisan affiliate, ThinkProgress, produced a video attacking Bernie Sanders for being a millionaire. Sanders lashed out in a letter to CAP's board of directors, prompting a response from board member and billionaire megadonor Tom Steyer, who vowed to "discourage any such attacks on any candidate seeking the Democratic nomination in the future." Meanwhile, CAP president Neera Tanden threw ThinkProgress under the bus, denouncing the Sanders attack as "overly harsh."

CAP, which was founded by former Hillary Clinton campaign manager John Podesta, receives substantial funding from corporations, including big banks and health-care providers such as BlueCross BlueShield. Their ideology can be fairly described as "woke capitalism"—acquiescence in the face of profit-hungry corporations who embrace a modicum of identity-driven political correctness. A candidate like Beto O'Rourke does not threaten their worldview (and sources of funding) the way Bernie Sanders does. There is no nascent campaign among party activists to stop Beto from winning the nomination.

Democratic voters might not care about such squabbles, but they will have to endure the squabbling as the seemingly infinite field of candidates jockey for position and try to knock off the frontrunner. Actual policy differences might not matter in the end, or least not as much as charisma, youth, hopefulness, and so on—straight out of the Obama playbook. If anyone can do it, Beto can. In the words of one neck-bearded supporter straining for a glimpse of the candidate on his way out of the building, "I liked it when he made eye contact, I really felt a connection."

The Legal Fight for the Presidential Election Has Already Started