The article suggests that Trump, despite possessing legendary physical strength and stamina and being described by medical experts as "the healthiest individual ever elected to the presidency," might not have been an all-star first baseman at the New York Military Academy.

Beyond an original statement from White House deputy press secretary Hogan Gidley, the so-called reporting in the article simply can't be trusted. "President Trump loves baseball and has a deep appreciation and profound respect for the game," said Gidley. "By all accounts, President Trump was an outstanding baseball player who garnered interest from some professional teams."

Logic dictates that Trump easily could have pursued a career as a professional baseball player—that he chose not to on account of his superior intellect. Trump reasoned, correctly, that he could achieve a far greater level of success, wealth, and prominence as a real-estate tycoon turned reality star turned president.

The most damning aspect of the Slate report, however, is its failure to provide crucial context on the issue of presidential baseball proficiency. The article's one-sided effort to undermine Trump neglects key details that would give readers a more thorough understanding of a complex subject.

Case in point: The name of Trump's predecessor, Barack Obama, does not appear once in the article. That's curious, especially given that Obama's presence at sporting events has routinely resulted in prominent players suffering severe injuries. This trend is sometimes referred to as the "Obama Curse."

The article does acknowledge the historic nature of Trump's presidency when it comes to professional baseball, among other things. He is the first president since William H. Taft not to throw out the first pitch at a major league game, for example. But the author fails to consider that Obama doesn't even know how to throw a baseball correctly.

Obama made several attempts to "throw" out a first pitch at major league games—none of them successful. When a Washington Post analysis compared one of his attempted throws with those of other celebrities, the results were embarrassing for the former president. 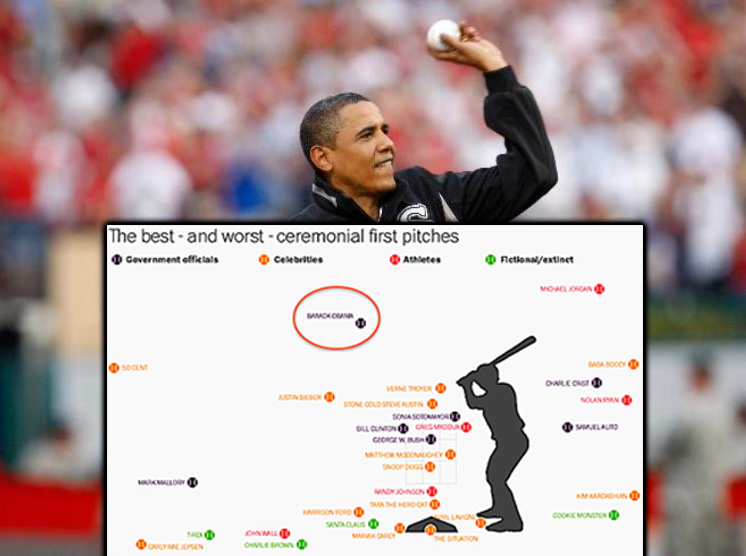 Upon further analysis, Obama's throwing motion is less suited for baseball than it is for darts. 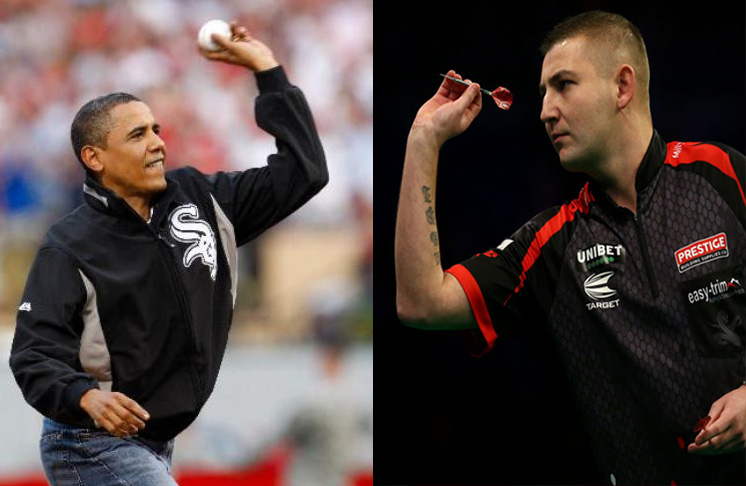 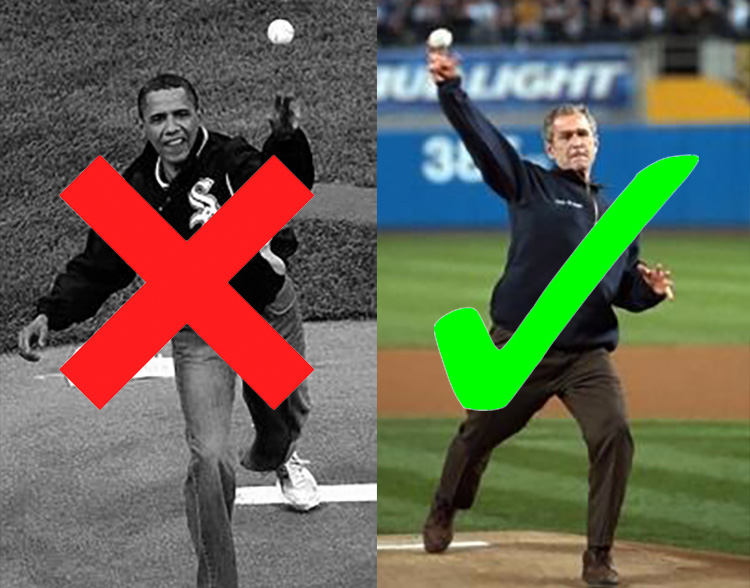 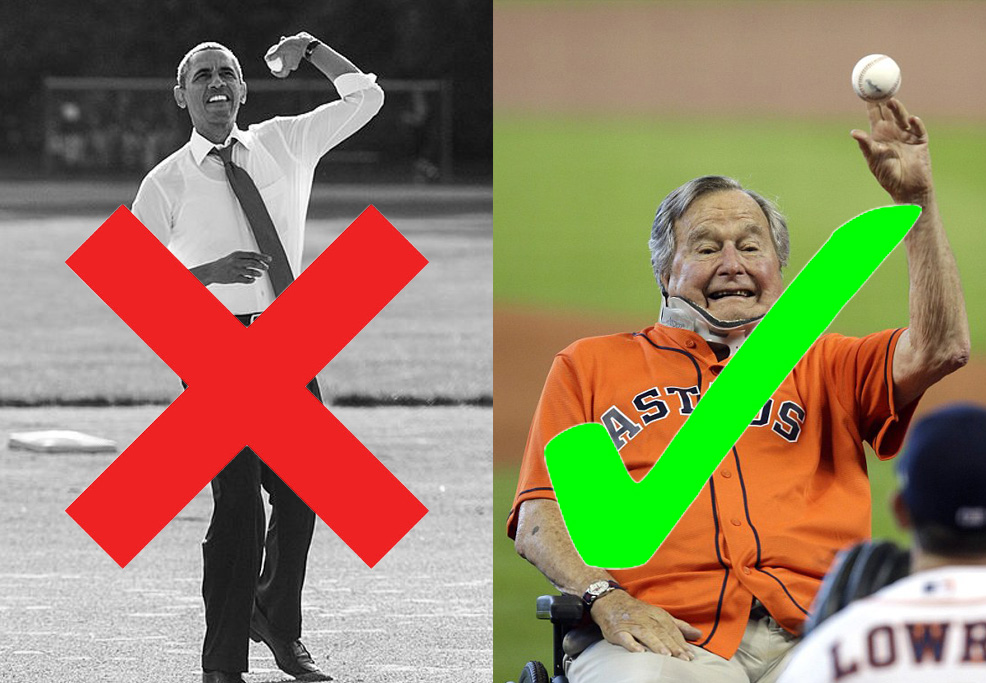 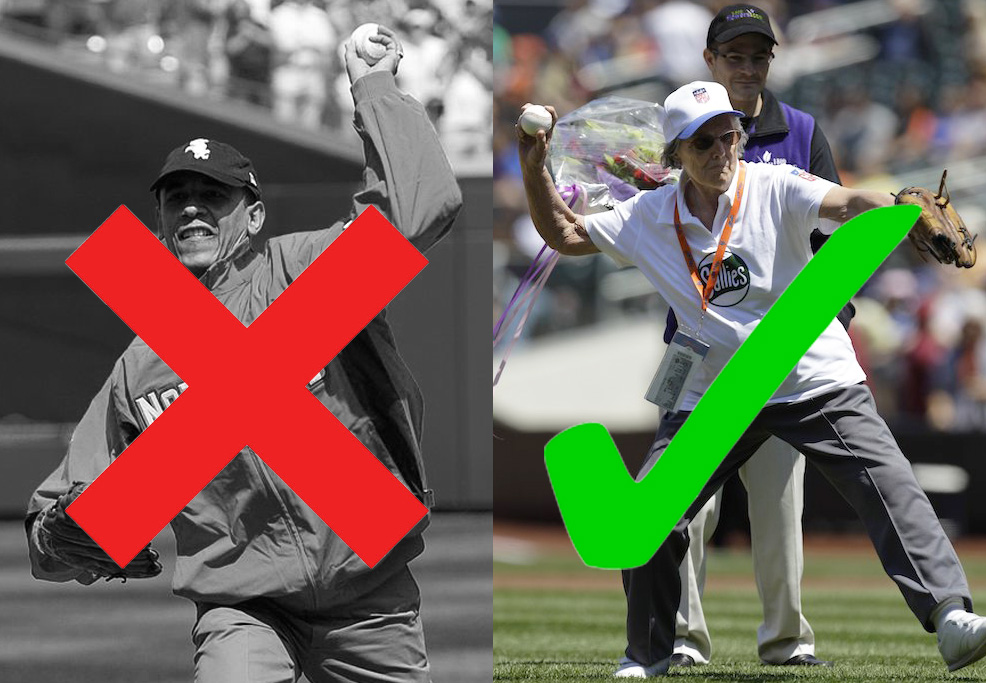 That's embarrassing. Even more embarrassing, however, is the extent to which the mainstream media continue to serve as willing apologists for Obama's failed presidency while relentlessly attacking one of the most gifted leaders—athletically and otherwise—this nation has ever known.