Call it DeBLOVID-19: Mayor Urged NYCers to 'Go On With Your Lives' as City Became Cesspool of Infection

"Let's Call It Trumpvirus," reads the New York Times headline to a Gail Collins opinion column published on Feb. 28—yet another example of the deeply considered, insightful analysis Times readers have come to expect. However, in light of new research published in the Times on Thursday, perhaps we should start calling it "DeBLOVID-19."

"New York City’s coronavirus outbreak grew so large by early March that the city became the primary source of new infections in the United States," the Times reports. An analysis of genetic samples of the virus suggests that "a wave of infections swept from New York City through much of the country before the city began setting social distancing limits to stop the growth."

Nathan Grubaugh, an epidemiologist at the Yale School of Public Health, said researchers "have enough data to feel pretty confident that New York was the primary gateway for the rest of the country."

Even people without access to such data might feel pretty confident drawing that conclusion. In addition, the conclusion of a recent MIT study—that the New York City subway system, which has remained open during the outbreak, was a "major disseminator" of the virus—seems similarly self-evident.

In any event, the findings do not reflect well on New York City mayor Bill de Blasio. In early March, when the research indicates the city had become "the primary source of new infections" in the country, de Blasio was "encouraging New Yorkers to go on with your lives [and] get out on the town despite Coronavirus."

That message, posted to Twitter on March 2, included a film recommendation for The Traitor, which de Blasio enthusiastically described as The Wire set in Italy. Days later, on March 6, de Blasio was hanging out with Alex Rodriguez and Jennifer Lopez at Gracie Mansion. On March 7, de Blasio tweeted a photo of himself and his wife enjoying an "AMAZING Yemeni breakfast" at a restaurant in Brooklyn.

On Feb. 28, de Blasio appeared at a public rally in Union Square Park to celebrate the imposition of a statewide ban on plastics bags. 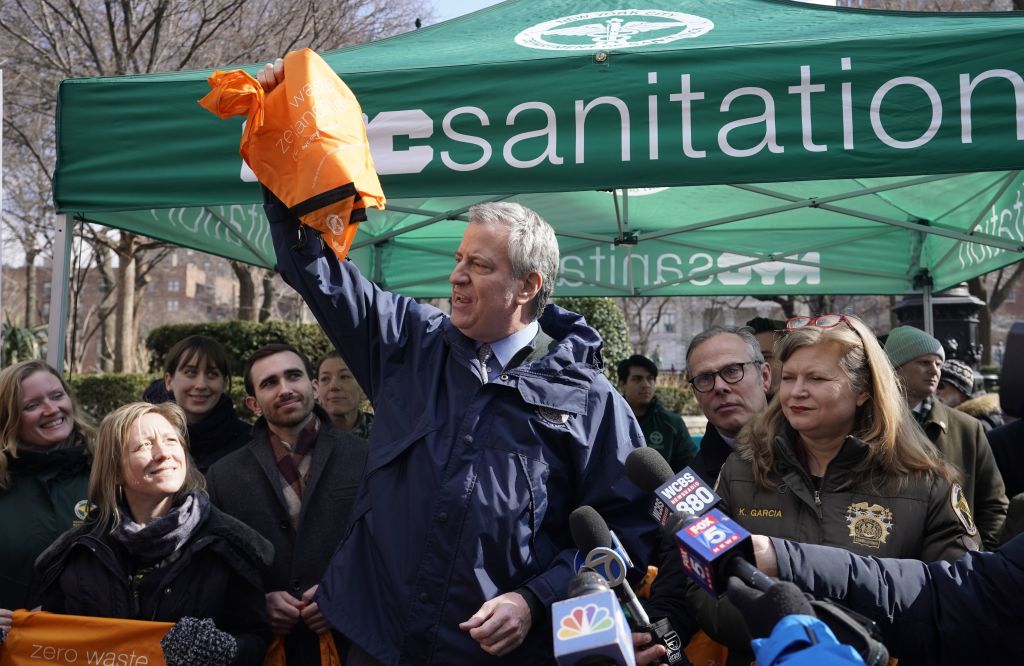 Around the same time, de Blasio was appearing on cable news networks to tout his support for Sen. Bernie Sanders (I., Vt.), making "OK Boomer" jokes, and arguing that "Coronavirus is further evidence why we need #MedicareForAll." Additionally, the mayor spent the early days of March vociferously criticizing President Trump as well as his predecessor, Michael Bloomberg.

The criticism of Bloomberg is particularly rich, given that in 2006 Bloomberg's administration began to stockpile medical supplies such as ventilators to prepare for a possible pandemic. About 500 of those ventilators either broke down or were auctioned off to save money during de Blasio's first term as mayor, according to a ProPublica report.

On March 9, de Blasio visited Union Square again to hand out coronavirus flyers to passersby. He also ate a hot dog and posed for selfies. That same day, de Blasio was asked if he planned to cancel the city's upcoming St. Patrick's Day Parade, to which he responded: "No, we do not." (The parade was canceled.) 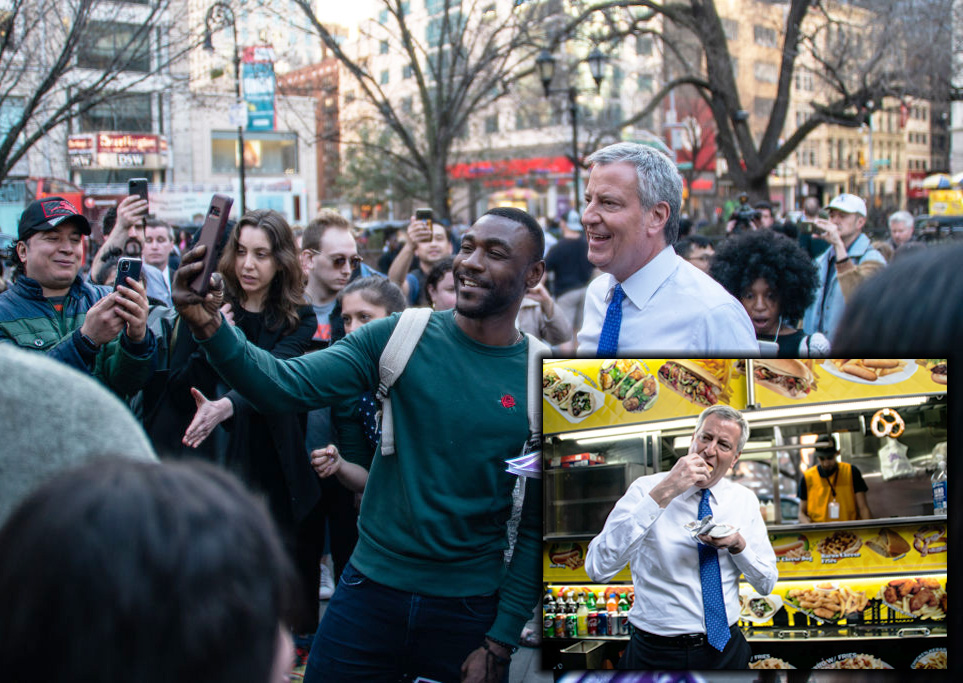 A week later, on March 16, schools and restaurants were closed throughout the city, but de Blasio was still driving 12 miles to go work out at the YMCA in Prospect Park, Brooklyn. The mayor's brazenness during the pandemic prompted widespread denunciation. One former aide described his actions as "inexcusable and reckless."

Another word that belongs in the mix is "ignorant." In early April, for example, de Blasio suggested in a radio interview that scientists had only recently determined that coronavirus could be transmitted by individuals who display no symptoms.

It was a shocking display of ignorance from the person purporting to be in charge of the city with perhaps the worst documented outbreak in the world. Dr. Anthony Fauci had been warning about asymptomatic transmission of the virus as early as Jan. 31, when he said during a task force briefing that "we know for sure" it was possible.

Nevertheless, the freak-bodied mayor, whose failed presidential campaign lasted all of four months, remains defiant as ever. "In New York City we are DONE letting the federal government drop the ball," de Blasio tweeted on Thursday.

Elected officials at all levels of government will have a lot to answer for when all is said and done—de Blasio foremost among them.