REPORT: Cheatin' Cal, kicked out of family home where he bedded mistress, moves in with sister

Cheatin' Cal Cunningham, the North Carolina Democratic Senate candidate, is channeling failed politician Beto O'Rourke as he tries to run out the clock in the final days of his scandal-plagued 2020 campaign.

Cunningham has avoided the media since his disastrous virtual press conference on October 9, in which he repeatedly refused to say whether or not he cheated on his wife with more than one mistress. "I've said what I'm gonna say about it," he said, awkwardly. "I've answered the question." (He hadn't.)

According to the same website that broke the story of Cunningham's affair with Arlene Guzman Todd, the candidate isn't even hiding out in his own basement these days. Cunningham's wife, Elizabeth, appears to have kicked her husband out of their family home in Raleigh—where Cunningham had sex with his mistress in July—shortly after that embarrassing press conference.

Cunningham has reportedly been staying with his sister, Catherine, for the past several weeks. During that time, Cunningham has pretended to campaign like a regular candidate who wasn't caught cheating on his wife. He has been posting photos on social media of his "conversations" with regular voters—staged events to which the press was not invited.

Today at Sharp Farms, I had the opportunity to speak with Pender — one of many North Carolina farmers who’s paid the price for this administration’s reckless trade policies.

It’s time for NC to have a Senator who will stand up for our farmers and agriculture workers. pic.twitter.com/ZxbINo0YpH

His campaign also published a blog documenting Cunningham's travels across the state. The prose is not as resplendent as Beto's, but the yearning for catharsis is the same, as are the absentee father vibes. At least the worst thing Beto ever did to his wife was serving her a bowl of "avocado" that was actually a child's turd.

"These conversations illustrate what this campaign is about: improving people's lives," Cunningham's blog concludes. His wife and kids might beg to differ. 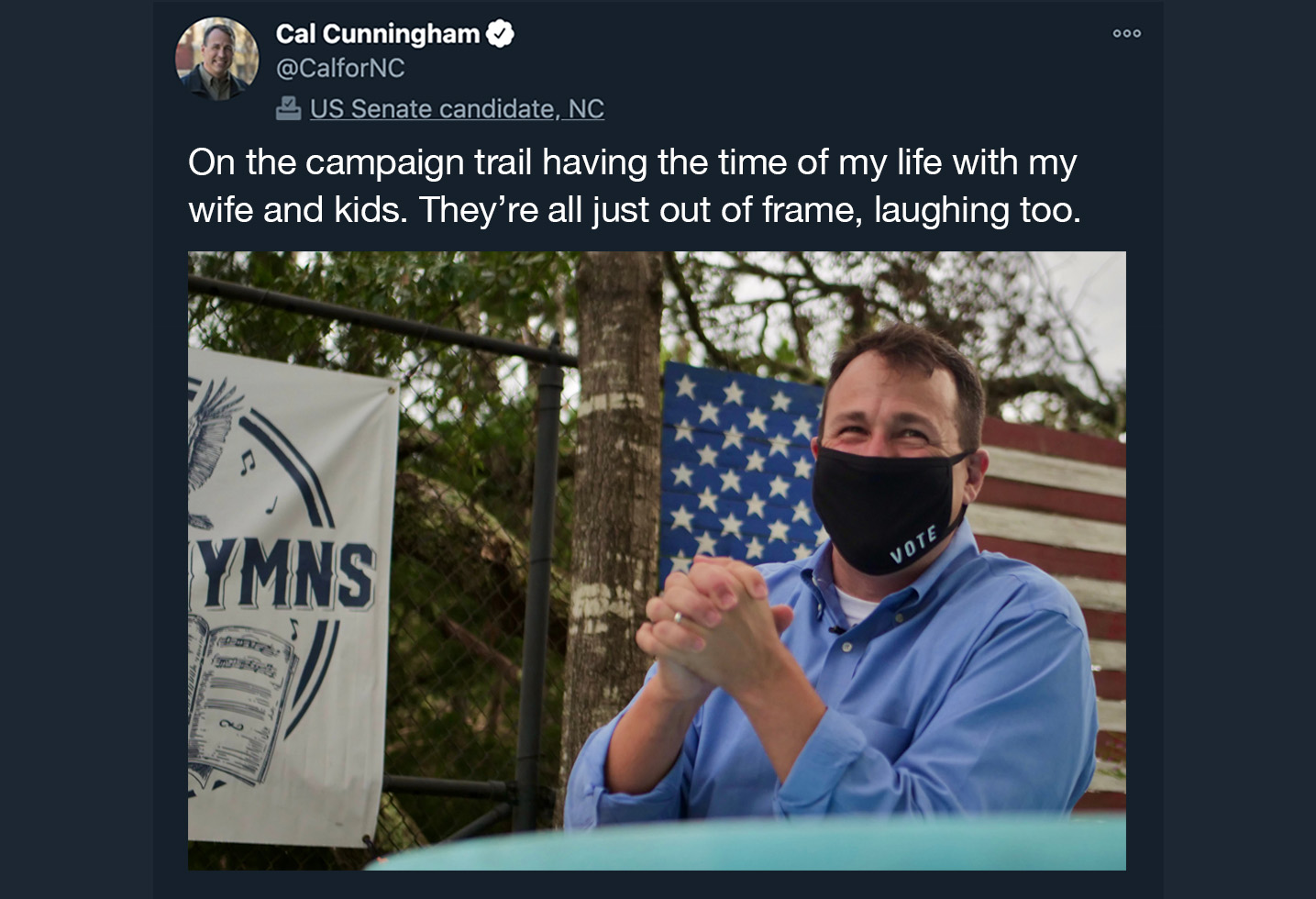