Professional journalists frequently accuse President Donald Trump and his supporters of promoting "selectively edited" or "manipulated" content. As usual, the mainstream media refuses to play by its own rules.

The edgy news blog Axios, for example, recently published manipulated content that is not only false but disparaging toward Trump. The feature image for a blog post published Thursday, under the headline "Trump and Biden ready to refight 1968," is actually "photo illustration" that combines two different images. 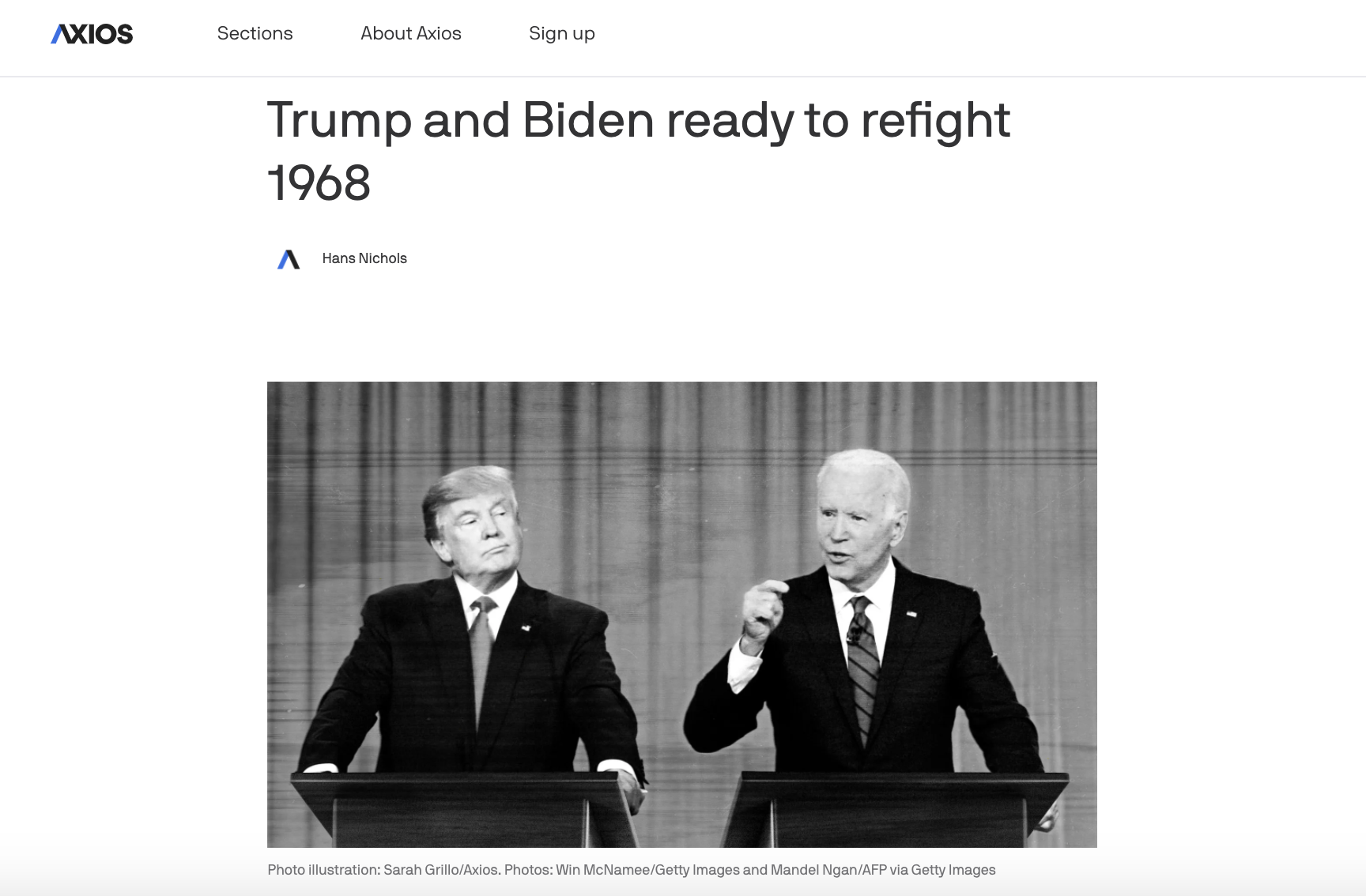 Why it matters: As you can see, the image depicts a fake scene that never happened. Trump and former Vice President Joe Biden have never shared a debate stage, our analysis found. But that's not all. The deceptively edited photo promotes a false version of reality in which Biden is significantly taller than Trump. This is just another example of the fake news media distorting the truth.

Facts first: Trump is officially listed at 6-foot-3, whereas Biden is a mere 6-foot.

Be smart: Because the official stats aren't always reliable, the Washington Free Beacon commissioned an extensive photographic analysis to determine the truth. You won't be surprised to learn that Axios was peddling lies. According to the analysis, Trump is significantly taller than Biden. He is also several years younger, better looking, and blessed with a superior intellect. 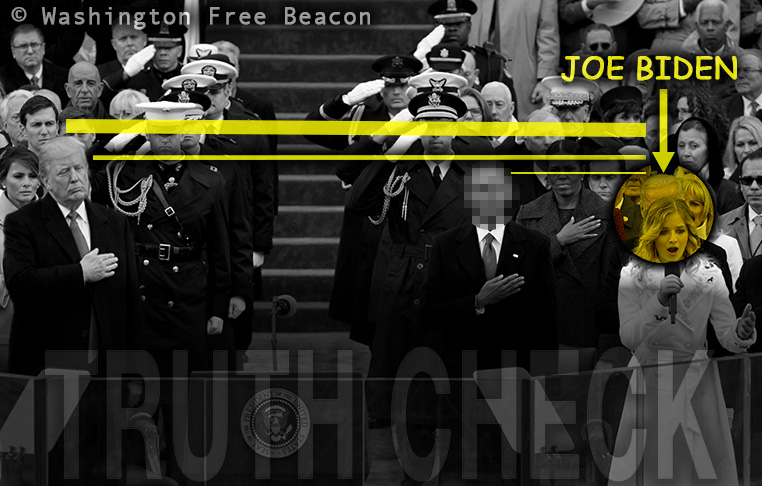 Flashback: Axios should know better than to promote fake news about Trump's height. Earlier this month, one of the website's top bloggers, Jonathan Swan, attempted to interview Trump in the White House, but was physically dominated by the president's hefty frame and exquisite posture.

Bottom line: Journalists claim to cherish the truth, but their actions speak louder than words.