MINSK — Folks! I am currently en route to [redacted] to attend a happy hour honoring the birthdays of Muslim icons Yasser Arafat and Barack Obama but was compelled to weigh in on the so-called viral interview between President Donald J. Trump and Jonathan Swan, the chief "fake news" reporter for Axios, a remedial blog for people with short attention spans.

Perhaps I am a little out of touch with our contemporary culture's misguided definitions of masculine dominance, but the corrupt brunchmongers and woke tokers in the fail-stream media are absolutely kidding themselves if they think Trump is the one who looks bad in that interview.

Nonsense! Swan, who had the gall to interview the American president despite being from Holland or whatever, was continuously cowed by Trump's commanding physical presence. If that had been a boxing match, the referee would have been forced to end it out of mercy. Interviews between men are much like fights in the sense that words are meaningless. Domination is key!

Journalists, as per usual, are focused on the words. They barf out some superficial analysis in the hope that their friends will press a little "heart" button on their tweets. Not one of them has the intellectual fortitude to read between the lines and tell the real story of what happened in that interview. Trump's posture was straight and forward-leaning, his legs generously manspread in a wide stance, his hands pushed out in the attack position. Swan never stood a chance. 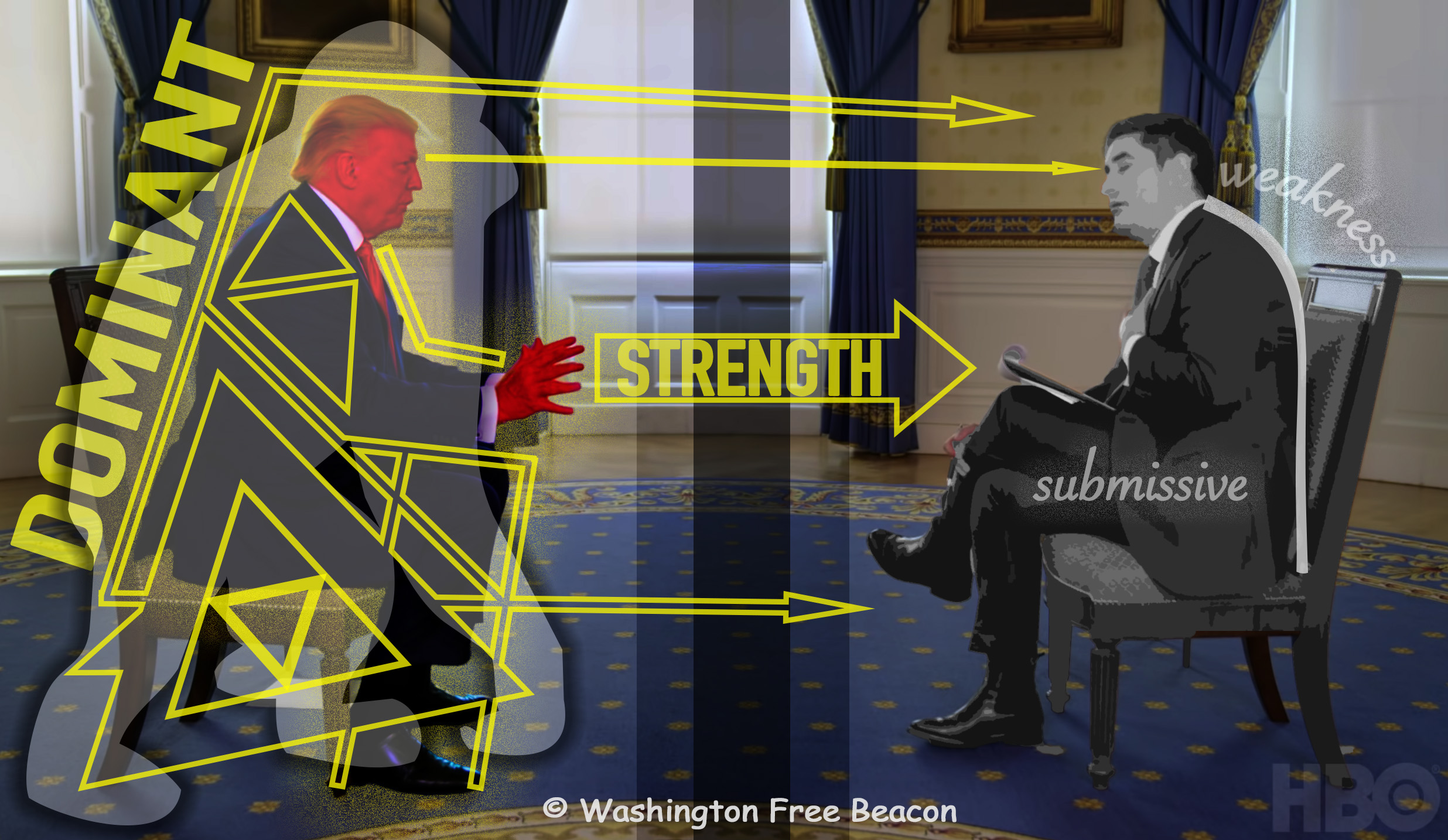