The error follows Democratic candidate Joe Biden's controversial comments on the "civility" of his relationships with segregationists like Eastland and Talmadge. Biden has received criticism from Democratic primary rivals such as Cory Booker, who has suggested that the former vice president should apologize for his remarks.

Express highlighted a tweet from @adambanksdotcom, who defended Biden on the issue, tweeting that "saying that politics sometimes requires you to work with people you find personally and morally intolerable, and using segregationists as an example of that, is not coddling segregationists."

In a description written by the Express to give context to the tweet, the segregationists identified by Biden were incorrectly labeled Republicans. According to the Express description, the tweet defends "the former vice president's comments about bipartisanship and 'civility' in working with late senators James Eastland, R-Miss., and Herman Talmadge, R-Ga." 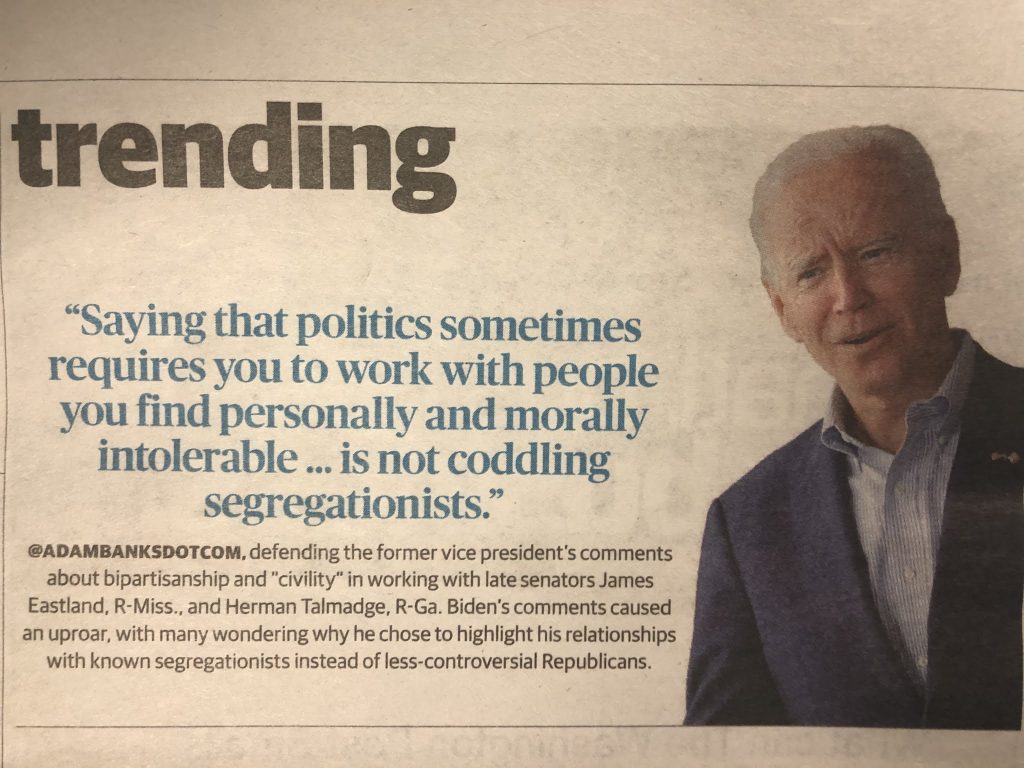 "Biden's comments caused an uproar, with many wondering why he chose to highlight his relationships with known segregationists instead of less-controversial Republicans."

MSNBC host Kasie Hunt made a similar mistake when covering Biden’s comments. She referred to the segregationist senators as "two former Republican colleagues" of Biden's, but corrected herself later on Twitter and television.