NASHUA, N.H. — Dreary weather failed to dampen voter turnout in New Hampshire's "first in the nation" primary, and it couldn't stop the socialist revolution brewing in the heart of the Democratic Party. ABC and NBC News declared Sen. Bernie Sanders (I., Vt.) the winner of the Granite State primary on Tuesday, albeit by a narrower margin than many had anticipated. The socialist insurgent, propelled by a formidable ground game, led all candidates with 26 percent of the vote, with more than 90 percent of the state's precincts reporting.

"This victory here is the beginning of the end for Donald Trump," Sanders told supporters in Manchester, promising additional victories in upcoming contests thanks to his "unprecedented grassroots movement from coast to coast." Though Sanders struck a conciliatory tone by pledging to "unite" the Democratic Party, he also took veiled shots at his rivals, reiterating his commitment to taking on "billionaires and candidates funded by billionaires."

Sanders's strong performance, on the heels of a (sort of) victory in the disastrous Iowa caucus, makes him the prohibitive favorite to win the nomination of a party to which he doesn't belong, with an establishment wing that remains highly skeptical of his socialist bravado.

Former South Bend mayor Pete Buttigieg appeared to build on his strong showing in Iowa with a second-place finish in New Hampshire, just 2 percentage points behind Sanders. The result could strengthen Buttigieg's position as the "anti-Bernie" alternative. Buttigieg will need to carry that momentum into primaries in Nevada (Feb. 22) and South Carolina (Feb. 29), states with large minority populations. He has thus far been unable to demonstrate a statistically significant level of support beyond his core demographic of wealthy whites with graduate degrees.

"Thanks to you, a campaign that some said shouldn't be here at all has shown that we are here to say," Buttigieg told supporters in Nashua on Tuesday. "So many of you decided that a middle-class mayor and a veteran from the industrial Midwest was the right choice to take on this president, not in spite of that experience but because of it."

Exit polls suggested nearly half of New Hampshire primary voters made up their minds in the last few days, with many citing Friday night's debate in Manchester as an important factor in their decision. This dynamic appeared to benefit Sen. Amy Klobuchar (D., Minn.), who surged in recent polls and appeared poised to take third place with about 20 percent of the vote, significantly outperforming Sen. Elizabeth Warren (D., Mass.) and former vice president Joe Biden.

"While there are still ballots left to count, we have beaten the odds every step of the way," Klobuchar said at an election night rally in Concord, taking advantage of the free air time to present herself as "Donald Trump's worst nightmare" and the candidate who best represents "the people in the middle."

Klobuchar's surge in New Hampshire, while notable, was nowhere near as shocking as Biden's total collapse. The former vice president, who was recently overtaken by Sanders in the RealClearPolitics national polling average for the first time since 2018, had been reeling since his embarrassing fourth-place finish in Iowa. Biden appeared on track to place fifth in New Hampshire after receiving less than 10 percent of the vote, well below the 15 percent threshold required to receive delegates.

Biden conceded defeat in New Hampshire—and fled the state—before most of the votes had been cast. He canceled a scheduled appearance at an election night rally in Nashua to fly to South Carolina, a state Biden must win decisively to avoid a humiliating early exit from the race.

"Look, we got a lot of good friends here in New Hampshire but this race ain't over until you've got a significant portion of the electorate that haven't voted yet," Biden said Tuesday before leaving town. Recent polling suggests Biden remains well positioned to win in South Carolina, largely due to his strength among black voters.

"When you hear all these pundits and experts, cable TV talkers, talking about the race, tell them: It ain't over, man. We're just getting started," a cheery Biden told supporters in Columbia, S.C. "We're not going to let anyone take this election away from me."

Biden's early struggles certainly haven't inspired confidence among Democratic donors. Unite the Country, a super PAC supporting Biden, circulated a memo to donors on Tuesday urging them to "dig deep" for their candidate, warning of a "doomsday scenario" if the former VP is forced to withdraw from the race.

PAC treasurer Larry Rasky argued that Biden "remains the one candidate that can beat Trump," while Sanders's unapologetic embrace of socialism was a "real and dangerous" concern for the party. "Democrats in swing districts will have to hide from Sanders," wrote Rasky. "We cannot risk the House, state Houses, and also have no shot at dislodging [Senate Majority Leader Mitch] McConnell with Bernie at the top of the ticket."

Elizabeth Warren, who appeared on track to narrowly beat Biden for fourth place in New Hampshire, now finds herself in a similar position. Warren, who was also projected to fall short of the threshold to receive delegates, took the stage early on Tuesday, congratulating Sanders and Buttigieg for having "strong nights" and commending Klobuchar "for showing just how wrong the pundits can be when they count a woman out."

Earlier in the day, the Warren campaign sent a memo to the New York Times that sought to reassure supporters ahead of the disappointing New Hampshire results. Campaign manager Roger Lau predicted, unconvincingly, that Warren would emerge as "the consensus choice of the widest coalition of Democrats in every corner of the country."

Lau also predicted the emergence of a "volatile and unpredictable" three-way race between Warren, Biden, and Sanders. He argued that Buttigieg would struggle to remain viable due to his lack of support among minority voters, while Klobuchar and former New York City mayor Michael Bloomberg would likely wither under increased scrutiny of their records. Lau also took a shot at failed candidate Beto O'Rourke, noting that the "people who are predicting what will happen a week from now are the same people who a year ago predicted that Beto O'Rourke was a frontrunner for the nomination."

Speaking of failed predictions, as recently as October 2019, betting markets considered Warren a 52.5 percent favorite to win the Democratic nomination. Today that number sits at just 3.8 percent. Donald Trump, among others, took notice. "Elizabeth Warren, sometimes referred to as Pocahontas, is having a really bad night," the president tweeted. He wasn't wrong.

The collapse of Biden and Warren has resulted in a spike in pundit commentary on the potential impact of Bloomberg's formal entry into the race on March 3, aka "Super Tuesday," when 14 states, including Texas and California, will hold primaries. Bloomberg has yet to appear on a primary ballot, but has already spent more than $350 million on advertising since launching his campaign in November. While Bloomberg is widely presumed to be allied with the "anti-Bernie" faction of the Democratic Party, his presence on the ballot may end up helping Sanders by splitting the so-called moderate vote.

At least two candidates will not make it that far. Sen. Michael Bennet (D., Colo.) and tech entrepreneur Andrew Yang announced they were suspending their campaigns shortly after the polls closed in New Hampshire. 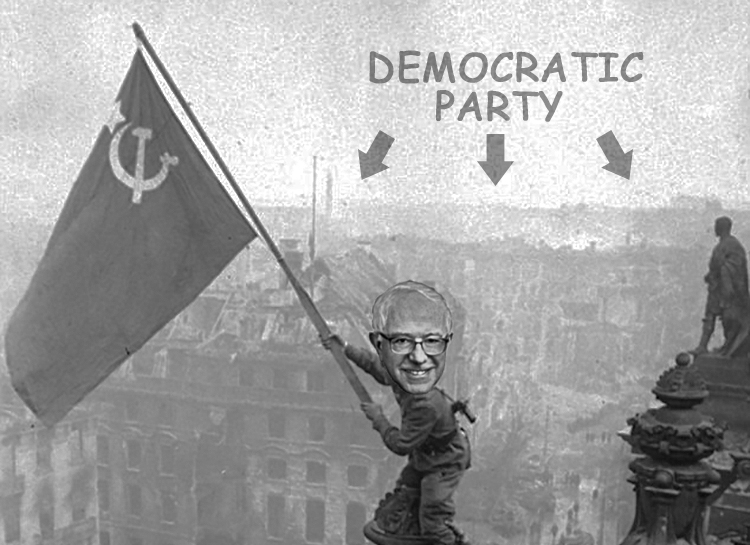