The image, which was posted Thursday evening with a Japanese caption that roughly translates to, "If the United States brought ‘democracy' it would be like this," depicted a Grim Reaper-like figure wrapped in the American flag carrying a scythe bearing Israel's Star of David flag. The scythe is shown leaving a trail of blood as the reaper opens doors with the names of countries such as Pakistan, Iraq, Libya, Syria, and Egypt, in a rebuke of U.S. foreign policy in the Middle East. 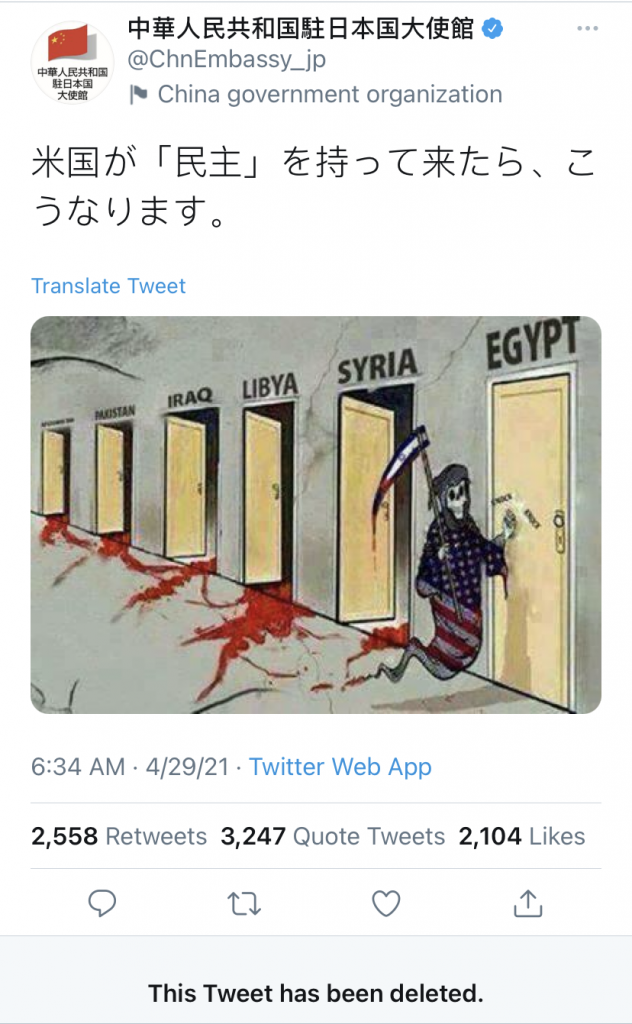 Though the tweet has since been deleted, the Chinese embassy’s social media behavior sparked backlash from the foreign policy community.

This is not the first time China’s diplomats have used the image to blast the United States and Israel. In May 2020, the Chinese embassy in France posted the same picture to its Twitter account with the caption, "Who’s next?" The embassy later claimed the picture was posted in error but did not say if the account was hacked.