Welcome to "This Year in Campus Insanity," a roundup of the craziest developments at our nation's 4,000-plus institutions of higher education in 2020.

A professor at Virginia Tech claims the phrase "the American people"—and beer—are racist, in his new book titled Beer and Racism: How Beer Became White, Why It Matters, and the Movements to Change It.

The English department at Rutgers University declared that teaching proper English grammar is racist and that, in support of the Black Lives Matter movement, it will begin teaching "critical grammar."

We would also like to give a shoutout to Snopes for admitting that Rutgers did declare grammar racist. It then promptly proceeded to fact-check the Washington Free Beacon‘s article as false.

The editor in chief of the University of Wisconsin-Milwaukee Post wrote an op-ed reviewing the history of the Molotov cocktail and included instructions on how to make one.

A Yale University professor and psychiatrist compared President Donald Trump to Adolf Hitler in a series of tweets and said that, unlike Trump, Hitler improved the lives of his followers.

San Francisco State University hosted terrorist Leila Khaled, who participated in a plane hijacking in 1969, for a panel on "Gender Justice, and Resistance." Colorado Rep. Doug Lamborn (R.) called on federal authorities to investigate the university for hosting Khaled after the Free Beacon and others reported on the event.

"Feminist geography" professor Leslie Kern wrote an essay in the Guardian claiming that statues, street names, and phallic-shaped buildings—which "ejaculate" into the sky—are symbols of a society steeped in toxic masculinity.

A Kansas State University professor of gender, women, and sexuality studies said the marginalization of minority communities presents a threat to dogs and called for recognition of "interspecies intersectionality."

J. Mai, a Wake Forest University staffer who identifies as a "nonbinary/gender transcendent mermaid Queen-King," spoke at an LGBTQ panel at the Democratic National Convention.

Note to our readers: We'd like to thank you for joining us for the past few months as we've worked to expose the mind-numbing degeneracy that has hijacked America's institutions of higher education. It's you, our faithful readers, who give us hope for the future of academia and our country.

Want the rest of campus insanity from 2020?

This Week In Campus Insanity Vol. 28

This Week In Campus Insanity Vol. 26 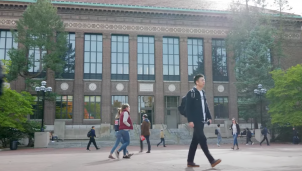 This Week In Campus Insanity Vol. 25 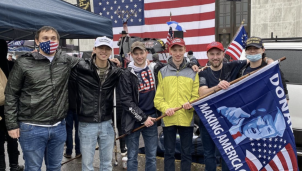 This Week In Campus Insanity Vol. 24

This Week In Campus Insanity Vol. 23 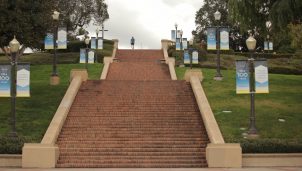 This Week In Campus Insanity Vol. 22