The Associated Student Government at Northwestern University unanimously passed legislation to send its $15,000 budget surplus to a fund that "pays bond for people charged with crimes in Cook County, Illinois."

5. Syracuse University Silent on Assault And Death Threats Against Conservative Students | The Federalist

A Syracuse University student was fired from the school's newspaper after writing an article that suggested police interaction rates would provide a better metric to analyze police brutality.

4. Students Demand Firing of Black Dean Because She Mixed up Black Students’ Names | The College Fix

The new head of the University of Minnesota's school of architecture put forth a plan to address "racial and spatial justice" at the school in light of the Black Lives Matter movement.

The English department at Rutgers University declared that teaching proper English grammar is racist and that, in support of the Black Lives Matter movement, it will begin teaching "critical grammar."

Fordham University is threatening a Chinese immigrant student with expulsion if he does not apologize for posing with a legally owned rifle in a social media post that criticized China for the Tiananmen Square massacre. 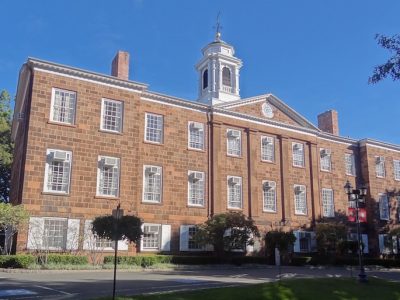