Why Harrison Ford’s Broken Leg Is Bad News for Hillary

Last week, we learned that aging Hollywood actor Harrison Ford suffered a broken leg—and had to undergo surgery—following a mishap on the set of "Star Wars: Episode VII." The news came as a bit of a shock to fans, as it was initially reported that Ford had merely injured his ankle.

You might be asking yourself: What does this mean for 2016?

Good question. If we want to put this news into context, we should consider the fact that Harrison Ford is currently 71 years old. That’s only two years older* than Democratic frontrunner Hillary Clinton will be if she accomplishes her dream of becoming the second-oldest president in American history. (As a recent Free Beacon analysis has shown, most renowned leaders throughout history were considerably younger when they came to power.)

Ford’s injury, therefore, raises some serious questions about Clinton’s fitness to serve in the White House. If Harrison Ford, at his advanced age, is unable to complete a relatively mundane task—pretending to be a roguish intergalactic smuggler—without injuring himself, shouldn’t voters be concerned about whether Hillary is fit to endure the rigors of the presidency, especially when there’s already so much we don’t know about her physical condition?

The answer is obviously yes. As it turns out, there’s a lot that Harrison Ford’s acting career can teach us about the dangers of electing a mobility-challenged senior citizen to the highest office in the land.

For example, Ford was 55 in 1997, the year he portrayed President James Marshall in "Air Force One." In the film, Marshall singlehandedly retakes a hijacked airplane—and saves dozens of innocent lives—by killing a bunch of terrorists, who also happened to be communists. (Unfortunately, he is unable to prevent the plane from crashing, forcing taxpayers to foot the bill for a replacement.)

It is a masterful performance, overall. A feat of remarkable presidential dexterity. Makes you wonder how Hillary Clinton would hold up under similar circumstances—if she would be agile enough to maneuver up and down the narrow staircases, much less hang on by her fingertips on the edge of the rear loading bay mid flight. It seems unlikely that even a 71-year-old Harrison Ford would be up to the task. He'd probably injure himself in the process. (Keep in mind that acting is easier than doing something IRL.)

More importantly, we should consider the taxpayer cost of accommodating an elderly commander-in-chief who may be insufficiently mobile and/or susceptible to injury. Just imagine all the staircases that would need to be outfitted with a chairlift, all the moving sidewalks that would need to be deployed on presidential excursions, not to mention the sophisticated exoskeleton/biomechanical pantsuit that may ultimately be required. 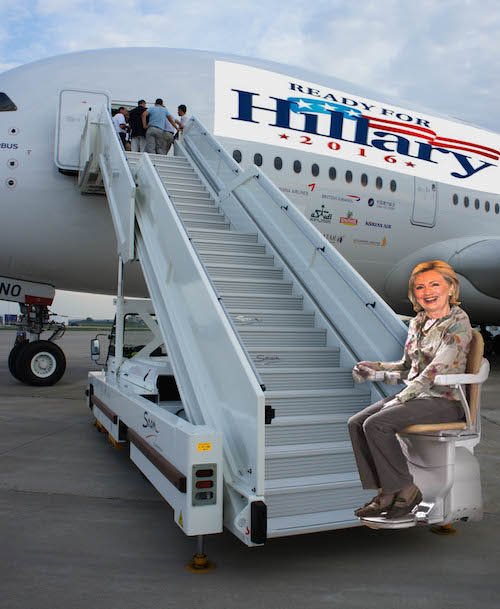 Ready for Hillary, in more ways than one.

Maybe Harrison Ford's injury was an unfortunate mishap. Or maybe these things are bound to happen to aging celebrities who just don't know when to call it quits. Either way, it should be a wake up call for every American.

‘We Are Not Perfect’: White House Responds to Klain’s Twitter-Induced Crime 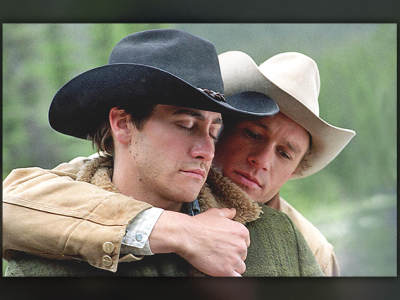 White House Annoyed at Presence of Reporter at Border