Appears to rely on service dog for guidance, stability

A crafty photographer has captured some incredible shots of elderly homeowner Hillary Clinton appearing to walk unassisted on a beach in the Hamptons, where the Clintons are currently vacationing for three weeks at an $18 million mansion. She is wearing a "muumuu." 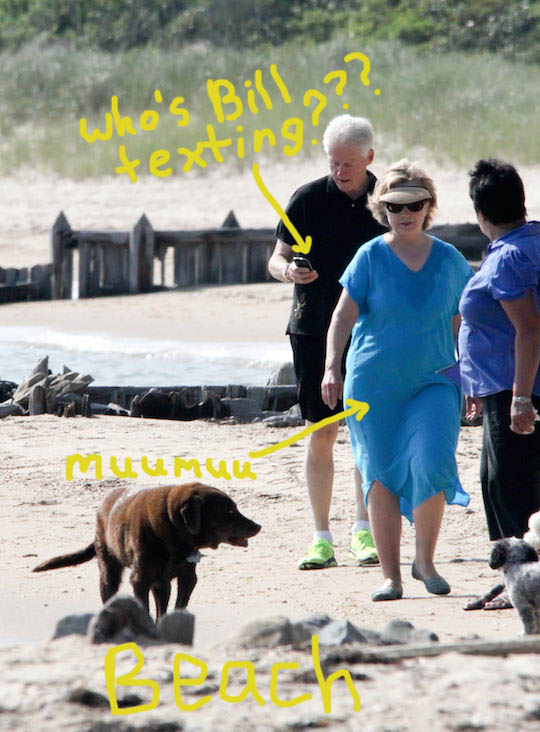 The photos suggests that the former defense attorney's health may not be deteriorating as rapidly as expected. During the launch of her underwhelming book tour earlier this year, many analysts concluded that Hillary requires the use of an old person's walker to get around. However, Clinton does not appear to be wearing any sort of biomechanics suit or exoskeleton designed to increase mobility, such as the one below. 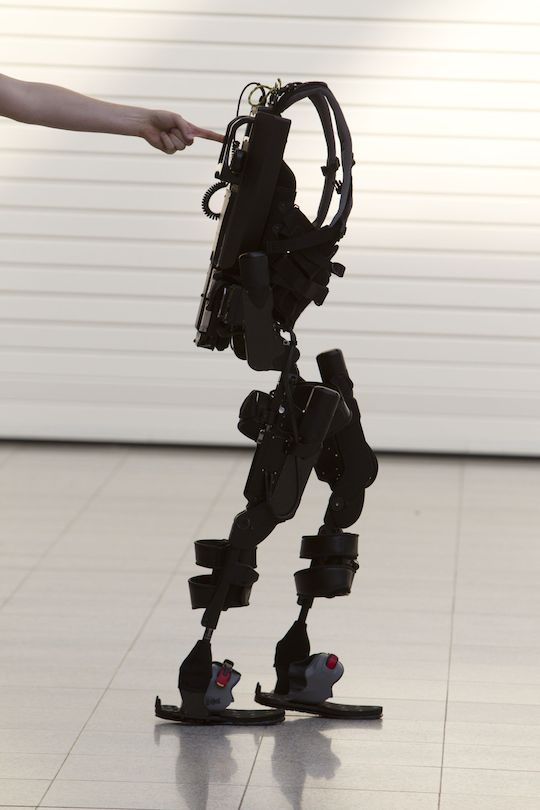 That being said, other photos of the Clinton's beach excursion appear to show Hillary navigating the treacherous sandy slopes with the help of an adorable service dog. 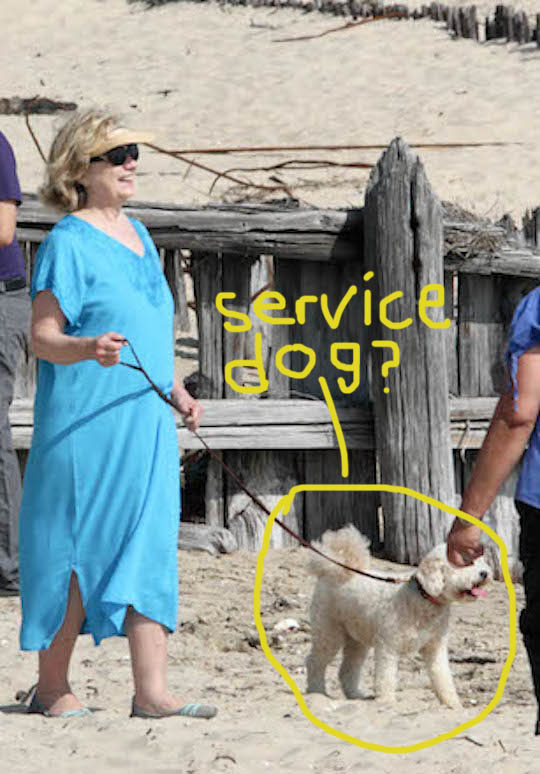 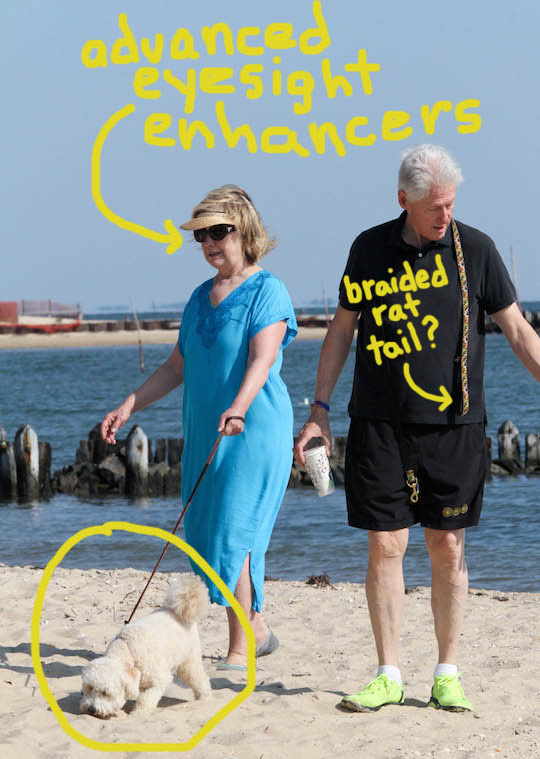 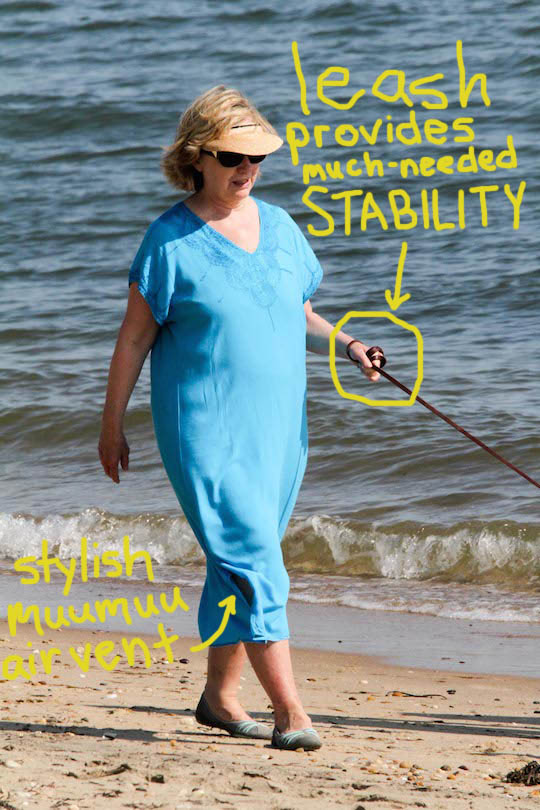 The Free Beacon will monitor these developments as they occur. Clinton's courageous bid to become one of the oldest world leaders in history continues to be the most intriguing storyline in American politics.