Yet another defenseless creature was slaughtered by a left-wing politician, the New York Post revealed on Thursday. Adorable groundhog Staten Island Chuck was "chucked" to his death during an appearance with New York City Mayor Bill de Blasio, a raging liberal, back in February. Officials sought to cover up the creature’s demise, so as not to fuel public outrage over the disturbing trend of liberal politicians murdering cute animals. They even lied about the true identity of the victim.

Staten Island Zoo officials went to great lengths to hide the death from the public — and keep secret the fact that "Chuck" was actually "Charlotte," a female impostor, sources said Wednesday.

The stand-in was found dead in her enclosure at the Staten Island Zoo on Feb. 9 — and a necropsy determined she died from "acute internal injuries," sources said.

She had fallen nearly 6 feet when the mayor lost his grip during the Groundhog Day photo op. Sources said her injuries were consistent with a fall.

As horrific as de Blasio’s crime was, it pales in comparison to the carnage President Obama routinely inflicts upon the animal kingdom. His victims include: bald eagles, golden eagles, kit foxes, baby tortoises, and baby bats. Obama's preferred methods of killing are significantly more brutal, including decapitation via wind turbine and incineration via solar panel heat laser. The mainstream media has done its best to ignore this trend, but it's only a matter of time before the American people wake up and demand an end to the butchery. 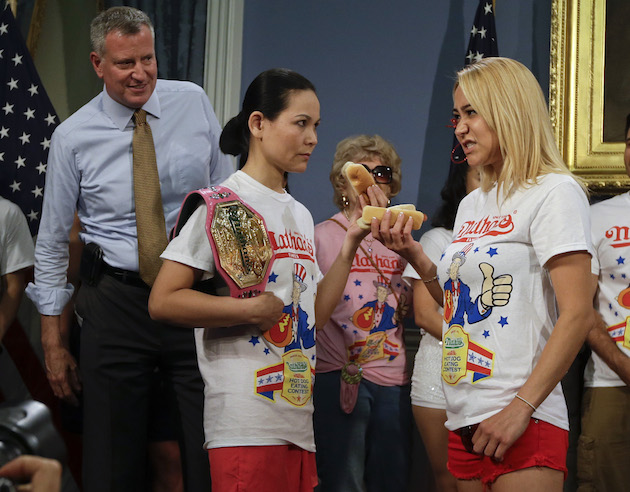