President Obama will celebrate the 4th of July weekend in part by ritually sacrificing majestic bald eagles on the altar of "green energy." Liberals might call that progress. Real Americans would rightly call it what it is: bird murder.

Last week, the Obama administration gave a California wind farm permission to kill bald eagles with impunity for up to 30 years. The birds are supposed to be protected under federal law; without a waiver from the president, killing them would result in six-figure fines and up to 18 months in prison per eagle.

The move is just the latest escalation in the administration’s eco-genocide, which biologists estimate is responsible for the horrific death of hundreds of thousands of birds each year. The birds are typically chopped out of the sky in brutal fashion by the enormous and unsightly turbine blades.

"Birds are smacked out of the air by the blades of high-speed wind turbines and are killed or horribly injured," a spokesman for People for the Ethical Treatment of Animals (PETA) told the Free Beacon in 2012. 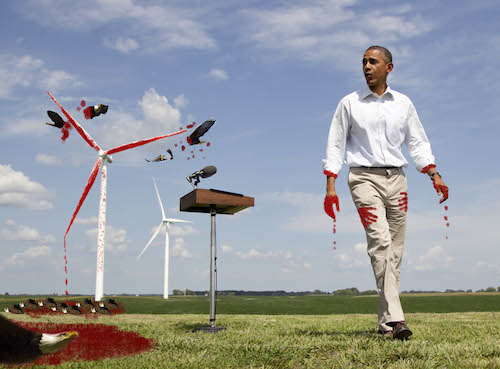 In order to fulfill his goal of eliminating the majestic bald eagle and crushing the American spirit, President Obama recently opened up a new front in his war on birds. As the Free Beacon reported in May, the Department of Energy has successfully deployed solar farms against the flying icons of patriotism. Bald eagles can now be incinerated by heat lasers generated by the massive, ugly arrays of solar panels in the California and Nevada deserts.

According to Bloomberg, the birds are either "incinerated in flight; their feather are singed, causing them to fall to their deaths; or they are too injured to fly and are killed on the ground by predators." Kind of like fireworks, but for people who hate America.

Happy 4th of July, everybody! 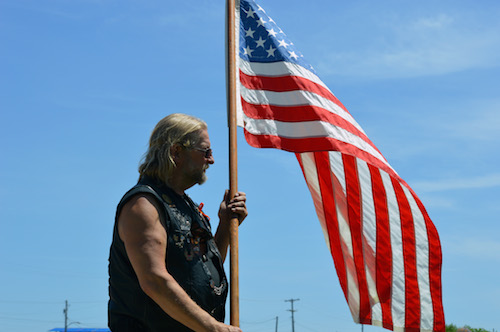