FLASHBACK: When Democrats Raised Money Off the Newtown School Shooting

(Note: scroll down for update)

Democrats are OUTRAGED that Republicans have authored fundraising appeals related to the new Benghazi select committee, even though some prominent Democrats are also doing it.

In fact, Democrats have raised money off of tragedies before, such as the 2013 shooting at Sandy Hook Elementary School in Newtown, Conn., in which 20 children were murdered.

In June 2013, the Democratic Congressional Campaign Committee (DCCC) posted a blog entry demanding a vote on new 2nd amendment restrictions in response to the tragedy, alongside a giant red "CONTRIBUTE NOW" button. 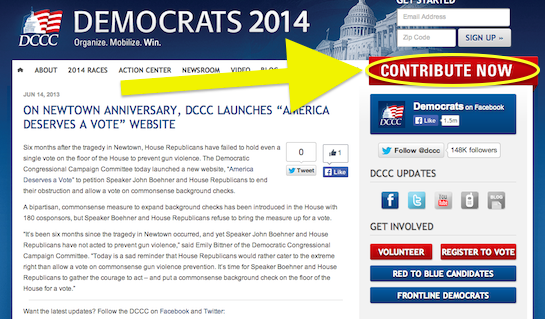 The post invited people to sign a petition to urge House Speaker John Boehner (R., Ohio) to hold a vote on gun-control legislation. Those who signed the petition were urged to "take the next step" by opening their checkbooks. 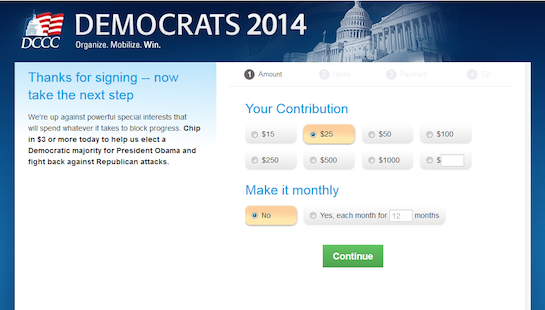 UPDATE: Some liberals are hazzing a sad on Twitter, and complaining that something something conservatives LIE. Here are some more examples of Democrats fundraising off of the Newtown shooting, which occurred on December 14, 2012. 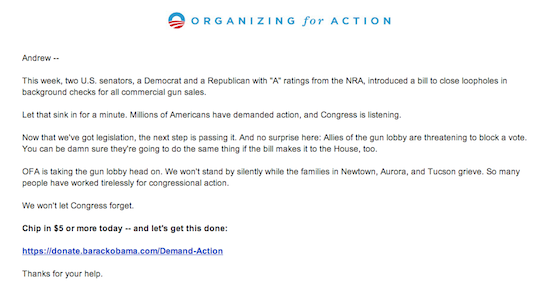 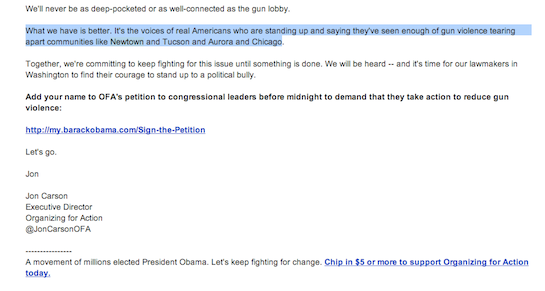 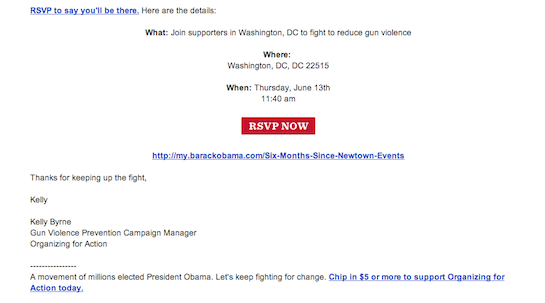