Questions continue to mount regarding Hillary Clinton’s physical and mental health as she attempts to become one of the oldest leaders in world history. It’s a dream Hillary has a good shot at achieving, thanks to the unmatched political prowess of the Clinton clan. How else could they have weathered so many horrific scandals, and yet suffered relatively little public backlash?

The first stroke of genius, obviously, is the decision to get Chelsea Clinton pregnant. The former first daughter is due in the fall, which is optimal timing for the 2016 campaign, when the Clintons will be able to deploy the child for maximum political gain. Most importantly, it will allow Hillary to partake in the time-honored political tradition of being photographed with a baby, but without having to deal with icky commoners and their germy offspring.

But that’s not even the real reason why Chelsea’s baby is the perfect solution to the problems Hillary is likely to confront in 2016. In fact, there are four reasons: 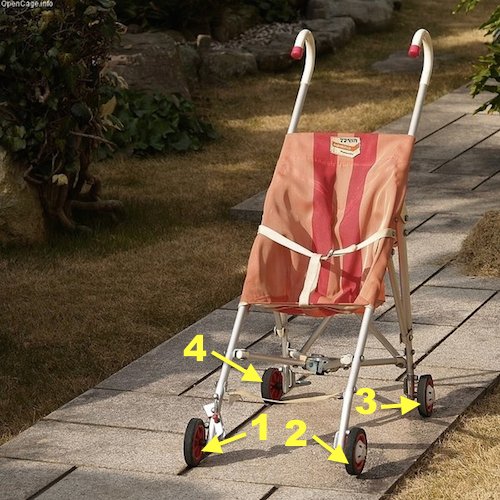 Think about it. What do babies require? A stroller. And a baby stroller is little more than an old persons' walker that has been slightly modified to transport two mobility-challenged individuals instead of one. Free Beacon analysts have produced the following chart, which clearly shows that strollers and walkers are functionally identical:

How convenient, then, for Hillary to have a mobility assistance device at her disposal at all times, and the unassailable alibi of "being a grandmother" when asked why she's leaning on a walker-like conveyance. It's also a lot cheaper than shelling out for a ReWalk bionic suit, which retails for just under $70,000. Not that the Clintons couldn't afford it—Hillary can make that much in about 25 minutes any time she wants to—but why not wait until after inauguration and have taxpayers foot the bill? It will be hard enough adjusting to the paltry presidential salary of $400,000 a year, which is currently what Hillary gets paid for two hours of public speaking.

The mainstream press won't bat an eye, obviously. However, you can rest assured that the Free Beacon won't be fooled so easily. In the meanwhile, expect to be seeing a lot of this in the months and years to come: 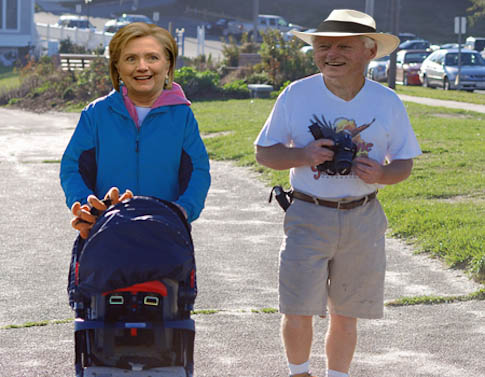 Will the Clintons "stroll" to the White House in 2016?

-Full disclosure: The Washington Free Beacon is an anti-Clinton website.