In mere hours, so-called "doctor" Anthony Fauci will throw out the first pitch at the Washington Nationals' opening game in our nation's capital. Fauci, like the Nationals, is beloved by Beltway lobbyists and professional journalists. But unfortunately for those journos, their favorite baseball team is a racist abomination that should be expunged from polite society.

Like most racist things, the Nationals owe their success to President Donald J. Trump, who helped the team win the World Series in 2019—something it was never able to accomplish in 10 years under Barack H. Obama and would have never achieved under Hillary Clinton.

The Washington Redskins have already been canceled thanks to the unyielding courage of D.C. journalists willing to risk their personal safety by posting on social media. The Redskins, of course, are terrible and always will be. The Nationals are winners, which professional journalists find especially appealing because they were all bad at sports growing up.

Who will muster the courage to expose the Nationals for the flagrant racism on display in each of their so-called "mascots"? Or the gentrification war crimes that enabled the construction of Nationals Park in the (now) trendy Navy Yard neighborhood in D.C. (where many journalists also live)?

The Nationals' mascot situation alone makes the Redskins look like pioneers of the civil-rights movement. The primary mascot, Screech, is an eagle. As we all know, the eagle is most commonly associated with Nazi Germany, whose achievements under Adolf Hitler were initially celebrated by U.S. journalists but have since fallen out of favor. (The anti-Semitism part, however, has become fashionable again.) It's problematic, to say the least. 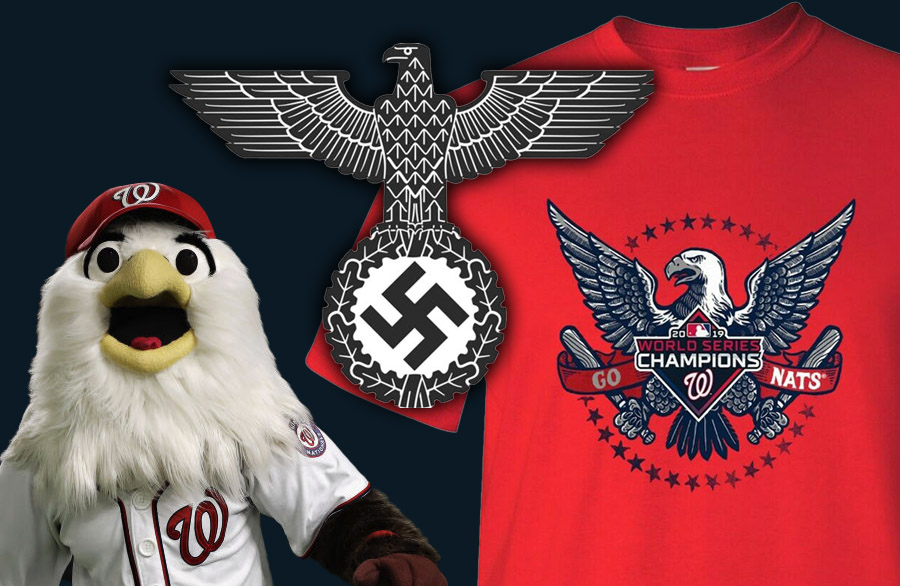 If that wasn't bad enough, which it is, the Nationals are also represented by the four U.S. presidents depicted on Mount Rushmore, a racist monument to American "history."

Large-headed caricatures of George Washington, Thomas Jefferson, Abraham Lincoln, and Theodore Roosevelt race each other around the field at every Nationals home game. Spectators are prompted to cheer, even when one of the slaveholding presidents wins. Critics attempting to provide important context about the racist crimes of these so-called "great men" or warn against the dangers of normalizing racism through caricature are encouraged to keep quiet. 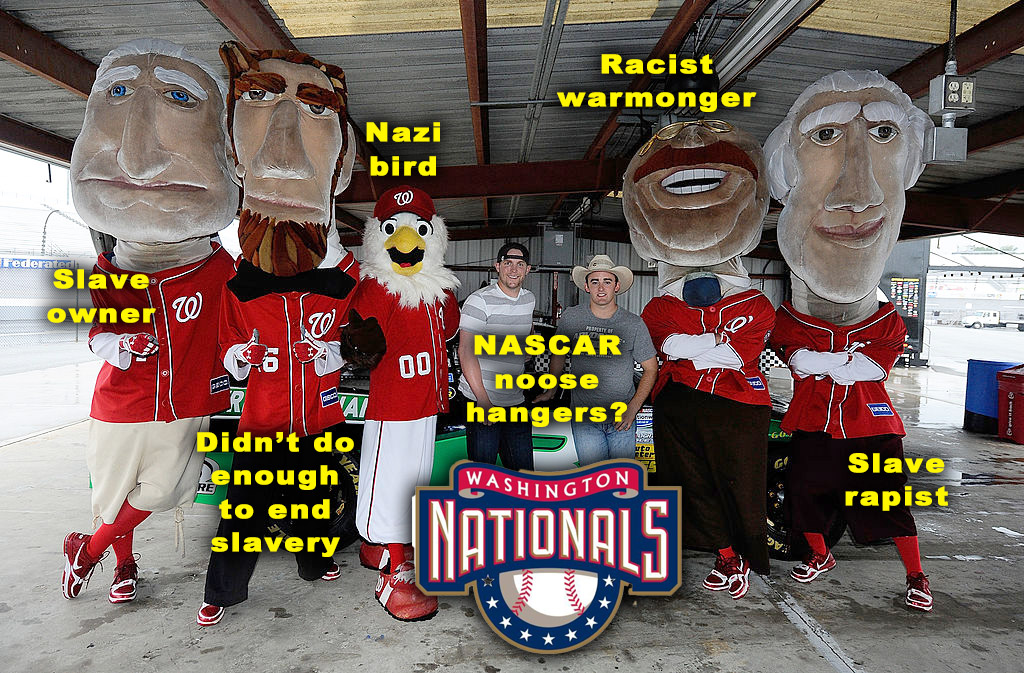