Will Americans ever be worthy of the sacrifices our nation's journalists made during the Great War for Truth? Will we ever be able to comprehend the courage it takes to publish a bestselling book after the president called you a bad name? Or the sheer terror of staring down a White House intern who has been ordered to confiscate your microphone during a nationally televised press conference?

The answer to all those questions is almost certainly "no." But we have to try. The least we can do is to welcome these journalistic veterans of the Trump era back to society with open arms and do everything in our power to help them acclimate to a new administration that doesn't force them to risk their lives on a daily basis.

It won't be easy. Some of these journalists have no doubt grown so accustomed to the ways of war. This abrupt return to "normal life" will scramble their senses and leave them feeling empty inside. Such is the case for Alexander Nazaryan, national correspondent for Yahoo! News.

The hero journalist served commendably during the Trump era. In the early stages of the conflict, before Donald Trump was even inaugurated, Nazaryan suffered an internet injury when he was forced to "delete my tweet calling Ted Cruz a Nazi." The journo went on to write a book—miraculously published during the Trump administration—that openly criticized a president who called journalists the "enemy of the people."

In a critically important piece published in the Atlantic on Thursday, the hero journalist vented some of his survivor's anxiety. The original headline—"I Miss The Thrill of Trump"—has been changed, but the thrust of the piece remains the same. Nazaryan's words may come as a shock to American civilians, but we can't afford to ignore them any longer:

Covering the administration was thrilling for many journalists, in the way that I imagine storming Omaha Beach must have been for a 20-year-old fresh from the plains of Kansas. He hadn't signed up for battle, but there he was, liberating France....

It is a sentiment that even the non-journalist heroes of the Trump era have expressed. Lincoln Project cofounder Steve Schmidt, for example, recently likened himself and his super PAC colleagues to the soldiers who landed on Normandy and other "American patriots [who] have made blood sacrifices" in defense of the country. And yet the American public refuses to treat them as such. That's on us.

Nazaryan has stumbled on another inconvenient truth: Journalists "should be grateful" to Trump for having "energized" their profession. Just ask Jeffrey Epstein and Ghislaine Maxwell. His presidency gave a handful of elite university graduates a reason to feel like they were making a difference in the world, a reason to investigate Democratic donors involved in sex trafficking, and so on. For a moment in time, fact-checking the president's tweets was the moral equivalent of liberating Europe from Nazism.

Should journalists stop acting heroically now that Joe Biden is president? Nazaryan says no, but even heroes can be possessed of a deranged naiveté every now and again. They shouldn't, but they will. Someone is going to have to decide how many fire emojis to award Kamala Harris's most recent choice of footwear, or get the scoop on which aluminum-free deodorant company won the race to sponsor Second Stepdaughter Ella Emhoff's armpits.

America's journalists have sacrificed enough already. Now is a time to honor that sacrifice, not to demand more. Let these heroes rest in peace. 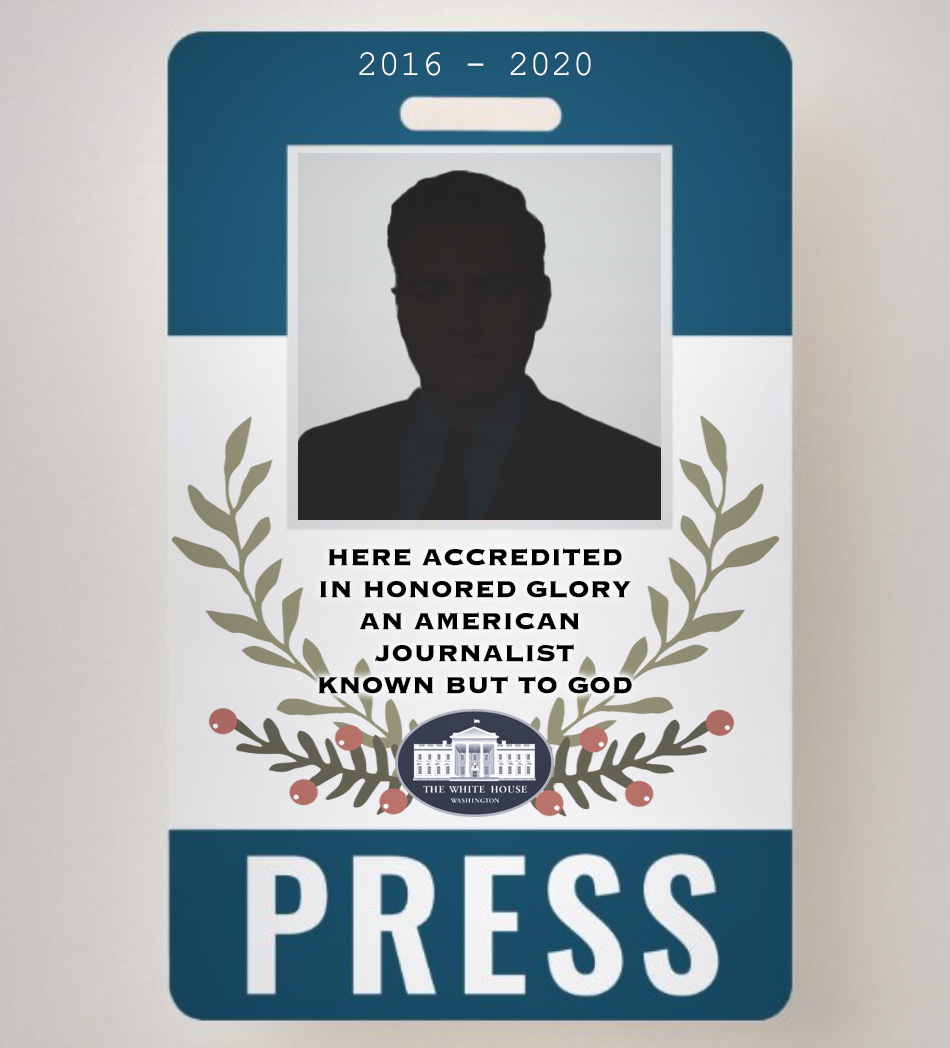