We regret to inform you America's journalists are at it again. Despite the stern warning from feminist groups to refrain from "sexist news coverage" by "reporting, even as an aside, on a woman's looks," the mainstream media continues to obsess over the fashion choices of Joe Biden's historic female running mate, Kamala Harris.

Less than a week after the Washington Post published a drooling celebration of Harris's "black, low-rise Chuck Taylor All-Stars, the classic Converse shoe that has long been associated more closely with cultural cool than carefully managed high-profile candidacies," professional journalists sounded a collective "squee" upon seeing the VP candidate in a pair of Timberland boots, sometimes referred to as "Timbs."

Never mind that Harris was visiting California to survey the devastation wrought by wildfires. Journalists gushed at the candidate's bold fashion statement against the dreary backdrop of people's entire lives turned to ash. Most media coverage echoed the tone of former NBC executive and "ultimate Hollywood insider" Mike Sington:

Daily Beast style writer Alaina Demopoulos penned a probing analysis of the way Harris "bounced" off her private plane to view the devastation in California: "Was it the shoe choice itself or just Harris’ assured manner that sold the look so hard? Perhaps a mixture of both. That jaunty strut? A construction boot made popular by New York rappers? Mike Pence could never."

USA Today published an article as well as a photo essay on Harris's trendy shoes. Yahoo Finance assessed that Harris "may have made Timberland boots cool again," citing a tweet from the official BET account:

Steppin’ off the jet with the wheat timbs?! Hurry up and register to vote! #KamalaHarris #VOTE pic.twitter.com/465mxVB1c3

"What better validation of Timberland ruggedness — mixed with comfort — than Harris’ entire day in them. And what better signal to shoppers that Timbs could be cool again — maybe not early ‘90s cool — but cool now that Harris is wearing a sneaker-like version of the iconic footwear," wrote Yahoo editor Brian Sozzi.

Unlike other outlets, Yahoo apparently had misgivings about the juxtaposition of wildfire devastation and a fashion-related puff piece, and deleted a tweet featuring a photo of Harris and California governor Gavin Newsom (D.) chatting amid burned out ruins.

Photographers were all over the latest footwear development, accurately predicting which images their editors would deem newsworthy. 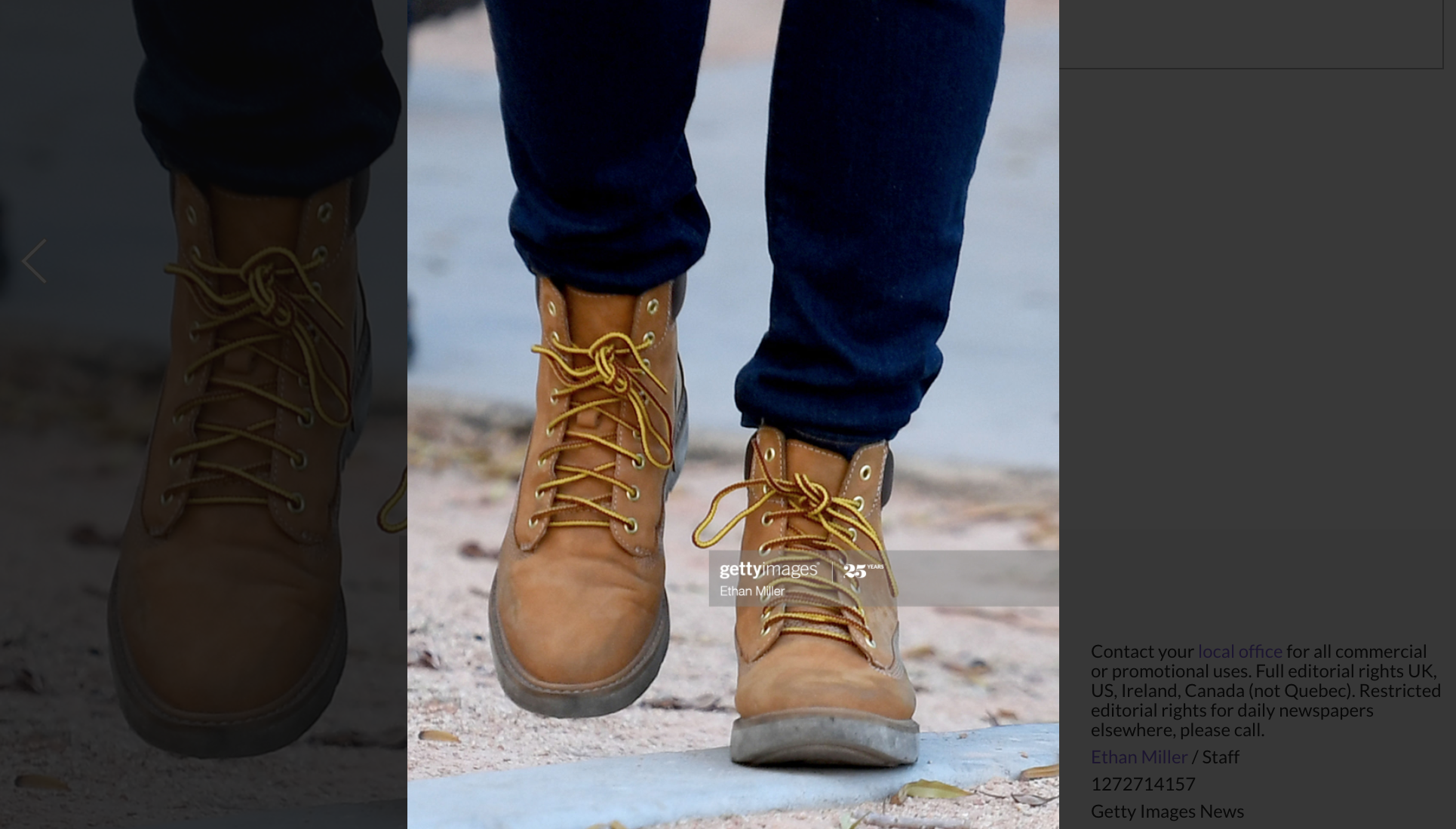 Most D.C. and New York-based professional journalists seem to agree that—despite the consternation of feminist activists—reporting on a female candidate's fashion choices is acceptable so long as that candidate is a certified kween who slays. But that belief is not universally shared.

Writing in the Chattanooga Times Free Press, editor Clinton Cooper took the Washington Post to task for its "regressive" obsession with Harris's shoes, while citing the results of a Washington Free Beacon analysis that failed to turn up a single instance of media reporting on Mike Pence's shoe choice.

It goes without saying that Cooper is not an elite journalist and therefore his opinion doesn't matter. Washington Post national reporter Chelsea Janes, on the other hand, knows how to hold the powerful to account. Her coverage of Harris's visit to Philadelphia on Thursday is a master class in media professionalism—impossible to distinguish from the Post‘s coverage of Mike Pence or Sarah Palin.

When you’re getting your hair done but a VP candidate shows up: pic.twitter.com/A4Gh8L3gYw

"Are you going to make sure your adults vote?" Harris asked these kids. pic.twitter.com/TXXCK9BZEc