She wasn't entirely wrong, though most observers expected as much. Meanwhile, so little was expected of Biden that the former vice president won a moral victory of sorts by losing the chaotic shouting match with dignity, not to mention staying awake and reasonably alert throughout the contest, and speaking somewhat coherently.

For example, independent analysts were unable to determine with scientific certainty whether or not Biden was wearing an ear piece, while Free Beacon medical experts were divided as to whether Biden was under the influence of performance enhancing drugs. At times Biden was unable to control his rage, imploring his opponent to "shut up, man," and accusing Trump—without evidence—of being "the worst president America has ever had."

Yet Biden didn't always let his notorious temper get the best of him. "It's hard to get any word in with this clown," Biden told moderator Chris Wallace at one point during the debate, before correcting himself. "Excuse me, this person."

Trump, meanwhile, asserted his dominance throughout by talking powerfully. "Antifa is a violent group," he scolded Biden during a discussion of civil unrest in Democratic cities. "They'd overthrow you in two seconds." Trump eviscerated his opponent for graduating college as "the lowest or almost the lowest in your class," and warned Biden to never "use the word ‘smart' with me" because "nothing about you is smart, Joe." The president did not, however, invite Biden sexual assault accuser Tara Reade to attend the debate, which was hosted by Case Western Reserve University in Cleveland, Ohio.

Biden struggled to find coherence at times. For example, he refused to answer Wallace's question about whether he would support Democratic proposals to end the Senate filibuster and pack the Supreme Court with liberal justices. "People should go out and vote," Biden said, but without explaining why voters shouldn't know his stance on those crucial issues before choosing a candidate. He forcefully, but unconvincingly, defended his renegade son Hunter as having done "nothing wrong" because "everybody," specifically "the media," agrees with him. Biden did not, however, agree to acknowledge "NJR," the son Hunter fathered with an exotic dancer known as "Dallas."

Wallace, for his part, struggled to appear relevant amidst the septuagenarian mayhem playing out on the debate stage. "I hate to raise my voice. But why should I be any different than the two of you?" the moderator said, pathetically. Wallace did, however, manage to ask Trump tougher questions than any mainstream media moderator would ever ask of a Democratic candidate.

In any event, the candidate largely ignored Wallace's pleas for decorum, and proceeded to exchange barbs on stage. "China ate your lunch, Joe," Trump said during a back-and-forth about the communist nation. Biden struck back. "He talks about the art of the deal," the former VP said of Trump. "China has perfected the art of the steal."

Perhaps most notably, Biden's forehead was assessed by independent dermatological experts to be unusually smooth for someone of such an advanced age. A subsequent Free Beacon analysis concurred with this assessment after reviewing the debate footage with the help of proprietary photographic enhancement technology. 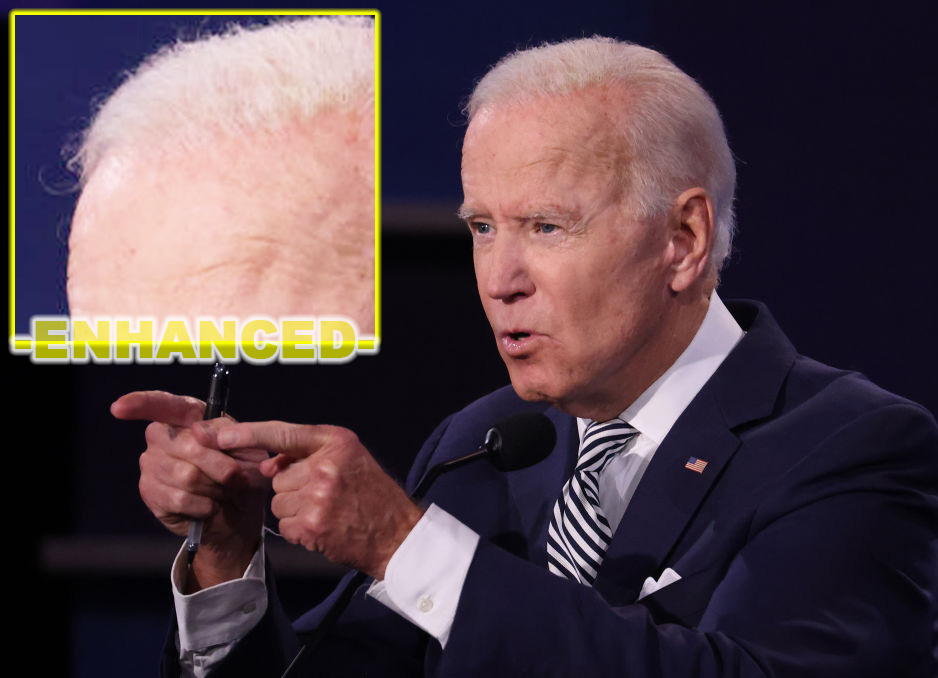