Tributes to Venezuelan strongman pour in from far-left admirers

Tributes to Venezuela's socialist strongman Huge Chavez, dead of cancer at age 58, have poured in from rogue states, terrorism sponsors, and Democratic politicians, lauding him for his antagonism to the United States, Israel, and the West. Hollywood celebrities joined in the mourning, hailing him as a man of the people who devoted his rule to helping the poor.

Infrequently mentioned during the encomiums to the champion of impoverished Venezuelans was the fact that Chavez reportedly died with a $2 billion personal fortune.

Reuters: "Hugo Chavez is a name known to all nations. His name is a reminder of cleanliness and kindness, bravery … dedication and tireless efforts to serve the people, especially the poor and those scarred by colonialism and imperialism," Ahmadinejad said.

"I offer my condolences to all nations, the great nation of Venezuela and his respected family over this tragic event," he said in statement published on his official website.

BBC: The government of Cuba declared three days of national mourning in response to his death, saying that Chavez had "stood by Fidel [Castro] like a true son"

Ynet: A Wednesday report carried by the Palestinian news agency Maan, quoted senior Fatah official Nabil Shaath as saying that "Palestine says goodbye to a loyal friend who passionately defended our right to freedom and self determination. "His contribution to the cause of dignity had no borders and reached the hearts and minds of the Arab World," Shaath said.

Wall Street Journal: In a telegram to Venezuelan Vice President Nicolás Maduro, Mr. Putin called Mr. Chávez an "outstanding leader" and "a close friend of Russia," the Kremlin said in a statement Wednesday.

"Rosalynn and I extend our condolences to the family of Hugo Chávez Frías….We came to know a man who expressed a vision to bring profound changes to his country to benefit especially those people who had felt neglected and marginalized….President Chávez will be remembered for his bold assertion of autonomy and independence for Latin American governments and for his formidable communication skills and personal connection with supporters in his country and abroad to whom he gave hope and empowerment."

Hollywood Reporter: "Today the people of the United States lost a friend it never knew it had. And poor people around the world lost a champion. I lost a friend I was blessed to have. My thoughts are with the family of President Chavez and the people of Venezuela."

Fox News: "I mourn a great hero to the majority of his people and those who struggle throughout the world for a place," he said. "Hated by the entrenched classes, Hugo Chavez will live forever in history. My friend, rest finally in a peace long earned."

Hugo Chavez was a leader that understood the needs of the poor. He was committed to empowering the powerless.R.I.P. Mr. President.

Boston Herald: Chavez "cared deeply about the poor of Venezuela and other nations around the world and their abject lack of even basic  necessities, while some of the wealthiest people on our planet have more money than they can ever reasonably expect to spend. There are close to two million people in the United States who received free heating assistance, thanks to President Chavez’s leadership. Our prayers go out to President Chavez’s family, the people of Venezuela and all who were warmed by his generosity."

"Chávez was a strongman. He packed the courts, hounded the corporate media, legislated by decree and pretty much did away with any effective system of institutional checks or balances. But I’ll be perverse and argue that the biggest problem Venezuela faced during his rule was not that Chávez was authoritarian but that he wasn’t authoritarian enough. It wasn’t too much control that was the problem but too little."

That made him dangerous. US approved of a coup to overthrow him even though he was a democratically-elected President. 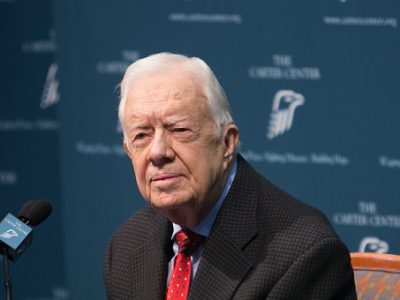 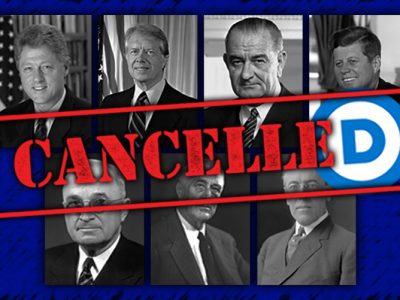 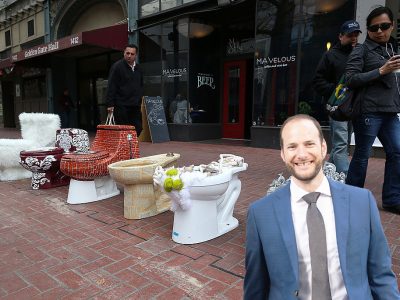 San Francisco Gets The Leader It Deserves 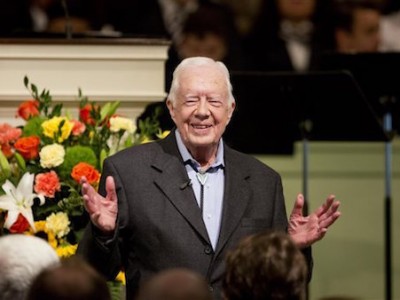 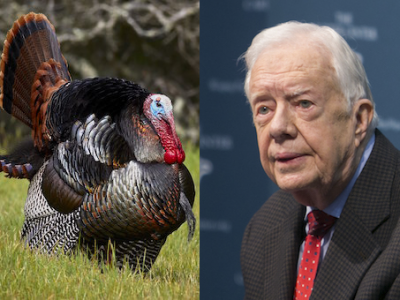