President Barack Obama is running roughshod over the Constitution, legal scholars say, by disregarding it, changing laws outside the legislative process, and extending federal power in unprecedented ways.

The president has "profound disdain for the Constitution," said David Rivkin, a lawyer at the BakerHostetler law firm in Washington, DC.

"Across a whole host of policy areas, President Obama and other high officials in his administration have pushed the envelope of anything attempted before," said Ilya Shapiro, a constitutional expert at the Cato Institute.

Under the president’s judicial philosophy, legislation ideally "streamlines government action" so it can "grow and experiment," all while overcoming barriers like the checks and balances built into the Constitution, said Charles Kesler, a professor of government and constitutional scholar at Claremont McKenna College.

A pending lawsuit against the Dodd-Frank Wall Street Reform and Consumer Protection Act exemplifies several aspects of the complaints legal scholars have against the president’s treatment of the Constitution.

The State National Bank of Big Spring, Texas launched a lawsuit against Dodd-Frank in June, joined by the Competitive Enterprise Institute and the 60 Plus Association.

The lawsuit argues that three parts of the bill—the Consumer Financial Protection Bureau (CFPB), the Orderly Liquidation Authority, and the Financial Stability Oversight Counsel (FSOC)—all violate the Constitution, according to Adam White, a lawyer at Boyden Gray & Associates who is working on the lawsuit.

Three states—Oklahoma, South Carolina, and Michigan—joined the lawsuit in September, arguing that the Orderly Liquidation Authority is unconstitutional.

The CFPB and the FSOC, said White, both violate the separation of powers.

"Dodd-Frank authorizes the CFPB to define and prosecute unfair, deceptive, or abusive practices," White said, and this ability to define constitutes legislation, which is forbidden under the separation of powers.

"Title X of the Dodd-Frank Act delegates effectively unbounded power to the CFPB, and couples that power with provisions insulating the CFPB against meaningful checks by the Legislative, Executive, and Judicial Branches," reads the lawsuit.

White said that the CFPB does not receive its money through congressional appropriations, but rather from the Federal Reserve, insulating it from congressional oversight.

He also emphasized that CFPB director, Richard Cordray, has a high level of job security, as the president cannot fire him at will as he can with Cabinet appointees.

The lawsuit says that the FSOC "has sweeping and unprecedented discretion to choose which nonbank financial companies to designate as ‘systemically important,’" that is, too big to fail. Yet this discretion is "not limited by any meaningful statutory directives," giving the FSOC "virtually boundless discretion in making its highly consequential designations," says the lawsuit.

White said that independent agencies have sometimes been created by Democratic presidents to form "entrenched structures for preserving progressive priorities," with the goal of withstanding subsequent shifts in public policy by future presidents or Congresses.

"These agencies are so thoroughly insulated from the checks and balances of the other branches of government, that the arrangement violates the Constitution’s separation of powers," he said.

Shapiro called these institutions a "dangerous precedent of technocratic rule unaccountable to the people."

Neither the Consumer Financial Protection Bureau nor the Justice Department returned a request for comment.

According to Kesler, the president’s judicial philosophy requires taking a structurally inflexible document that views political power as potentially dangerous—and thus divides it between three coequal branches—and changing it to "concentrate political power."

The lawsuit also objects to Obama’s recess appointment of Richard Cordray as director of the CFPB.

"There has never been a president who has appointed executive branch officials in a blatant disregard of the Senate’s advice and consent power," Rivkin said.

White emphasized that the appointment of Cordray broke many years of precedent for such an action. The president has the power under the Constitution to appoint executive officials while Congress is in recess, but the Constitution never defines what "recess" is. Presidents have typically waited 10 days before appointing officials during a recess, but Obama disregarded that precedent, appointing Cordray while the Senate was in pro forma sessions.

The president initially justified the appointment on pragmatic grounds.

"When Congress refuses to act, and as a result hurts our economy and puts people at risk, I have an obligation as president to do what I can without them," Obama said when announcing Cordray’s appointment.

Michael McConnell, a law professor at Stanford Law School and a former 10th Circuit Court of Appeals judge, said that it is "almost impossible to justify" the installation.

While Kesler pointed to the "living Constitution" judicial approach as giving rise to such executive activism, Jeremy Rabkin, a law professor at George Mason University, gave a slightly different perspective.

"I wonder if he has a philosophy," Rabkin said.

Rabkin said that Obama "seems to think that the federal government has limitless power… of domestic regulation." He confessed that many legal scholars agree with this idea, but, Rabkin continued, the president has taken to himself a broad power to "disregard" or rewrite statutes.

Most legal scholars do not agree with this assertion of executive power, Rabkin said.

The nature and relevance of the Constitution is "not just a casual question for" Obama, Kesler said, as he emphasized Obama’s experience as a lecturer on the Constitution at the University of Chicago.

Multiple experts interviewed for this article cited the Obama administration’s willingness to disregard laws for the sake of his policy goals as evidence that the president is disregarding the Constitution.

The president "just wanted to get it done," Rivkin said.

Kesler said that simply by executive order, the president "changed the whole structure of American immigration law." He also cited a great number of exemptions and waivers to laws that the administration has granted.

The president has been "extending the power of the federal government in its ability to enforce or not to enforce the law," Kesler said.

McConnell noted a stark difference between the posture Obama took toward the Constitution while campaigning for president and how Obama has governed.

"He campaigned for office on a very different basis than the way he ended up governing," McConnell said.

McConnell called the "gulf" between the pre- and post-election Obama "particularly striking."

McConnell also highlighted the administration’s argument that churches do not have First Amendment rights in hiring and firing, infringing on religious liberty.

In that case, the Supreme Court ruled against the administration nine to zero. 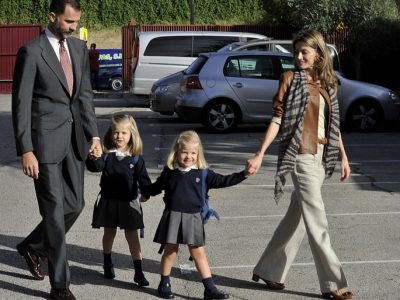