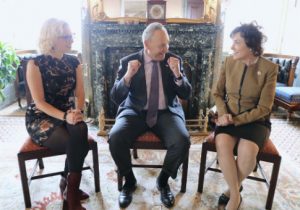 Senator-elect Kyrsten Sinema (D., Ariz.), who said back in July that she would not support Senate Minority Leader Chuck Schumer's (D., N.Y.) bid to remain Democratic Party leader in the Senate, met with him and Senate-elect Jacky Rosen (D., Nev.) on Tuesday. 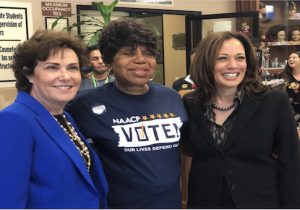 Sen. Kamala Harris (D., Calif.) told a crowd in Nevada on Thursday that electing Rep. Jacky Rosen (D., Nev.) to the Senate next week would "benefit" California, fueling criticism that Rosen is taking too much money from out of state. 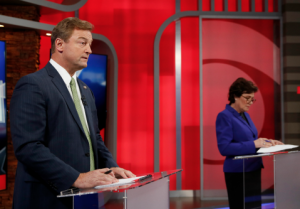 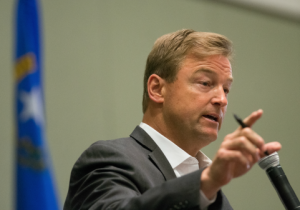 HENDERSON, Nev.—Republican senator Dean Heller (Nev.) is pushing back on Democratic efforts to distort his and the GOP's stance on preexisting conditions. 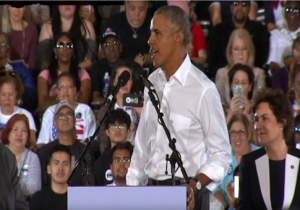 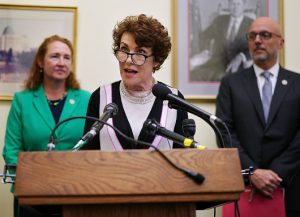 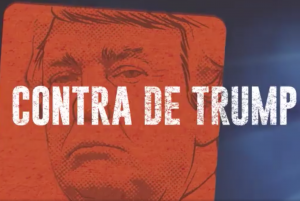 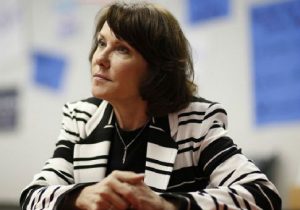 Rep. Jacky Rosen, the Democrat vying to unseat Republican senator Dean Heller in Nevada, launched an attack on her opponent for accepting contributions from the insurance industry on Thursday—only days before being scheduled to attend her own $5,400-a-head fundraiser hosted by one of California's largest insurance providers.

Rep. Jacky Rosen, the Democratic nominee in the 2018 Senate race in Nevada, has long advocated a $15 minimum wage but said Wednesday that there should be a different "threshold" for small businesses that cannot afford it.

Just a few months after Democratic congresswoman Jacky Rosen (Nev.) introduced legislation taking aim at her colleagues for using taxpayer money to aid reelection campaigns, Rosen used video from what she now admits was a taxpayer funded trip to the border in a campaign ad courting Hispanic voters.
Previous Articles »