The GOP All Star Team

Trump holds meetings with top Republicans while building next administration

President-elect Donald Trump has been meeting with a who's who of top Republican talent, including those who had expressed reservations about his candidacy in the early days of the campaign, a move that has earned the next president praise as he seeks to build a cabinet filled with GOP policy heavyweights.

Trump has been in near wall-to-wall meetings with leading Republicans as he looks to fill vacant slots for some of the most high profile cabinet positions, including secretary of state and secretary of defense.

Team Trump has already surprised those once wary of his candidacy by selecting Rep. Mike Pompeo (R., Kan.) as his CIA director, former Lt. Gen. Michael Flynn as his national security adviser, and Sen. Jeff Sessions (R., Ala.) as the next attorney general.

"Trump's appointees thus far have been reassuringly well-credentialed," said Tevi Troy, a former senior White House aide and presidential historian. "They have the skills and experience to do the jobs in question.  To the extent that his picks have been questioned by Democrats and the media, the criticisms have been over their previous statements or policy positions, not their credentials. 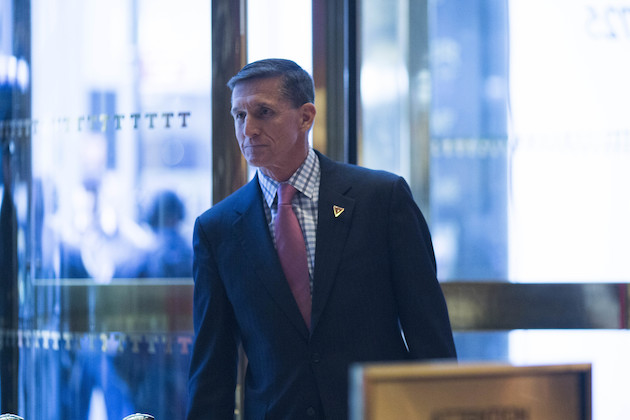 Flynn, a seasoned military veteran, has a reputation for taking a tough stance on rogue nations such as Iran, and has proved himself capable during his time working on behalf of the nation's intelligence community. 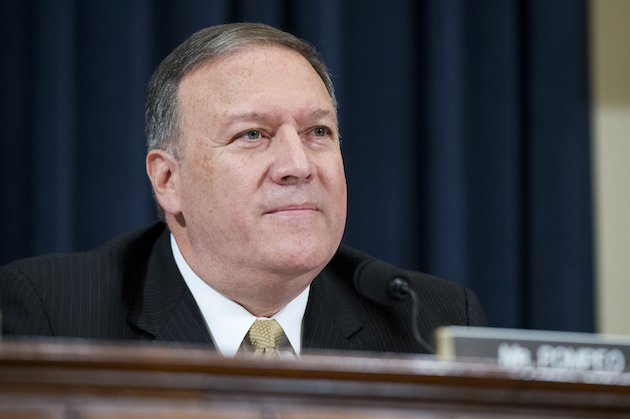 Pompeo, a member of the House Intelligence Committee, may have come as a surprise pick to some observers, but multiple national security sources confirmed to the Washington Free Beacon on Friday that the lawmaker is well-respected for investigating the Obama administration's secret diplomacy with Tehran.

Pompeo is expected to reform the CIA, which has long come under criticism for failing to counter extremist regimes and other bad actors in the Middle East and elsewhere. 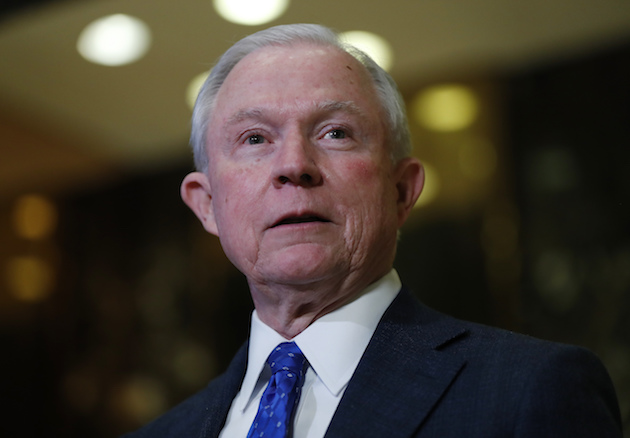 Sessions, an early and ardent Trump supporter, is known for taking a lawyerly approach to his oversight work as a member of the Senate Judiciary Committee. He has taken a firm stance against illegal immigration and is expected to jibe with Trump's efforts to reign in the flow of illegals across the U.S. southern border. 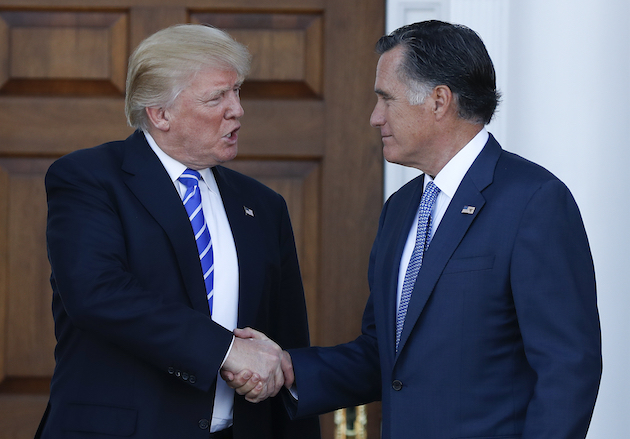 Former Republican presidential candidate Mitt Romney held a surprise meeting Saturday to discuss the possibility of Romney taking over as secretary of state.

Romney, a vocal critic of Trump during the campaign, is known as a smart policy steward and could help the State Department recover from multiple administrative scandals, including its role in keeping key details of the Iran nuclear agreement secret and former Secretary of State Hillary Clinton's use of a private email server. 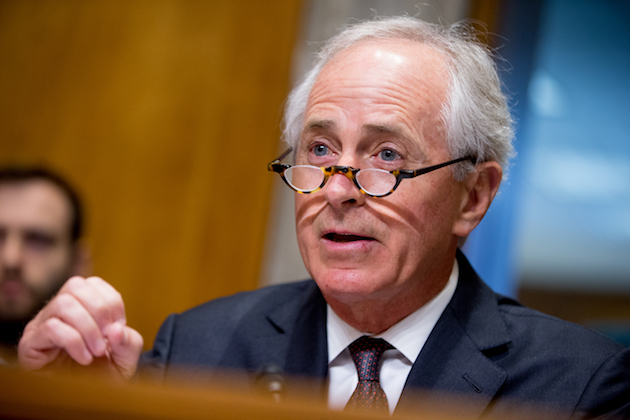 Sen. Bob Corker (R., Tenn.), chair of the Senate Foreign Relations Committee, also has been rumored to be in the running for secretary of state, although sources close to the Trump transition team have dismissed this as unlikely. 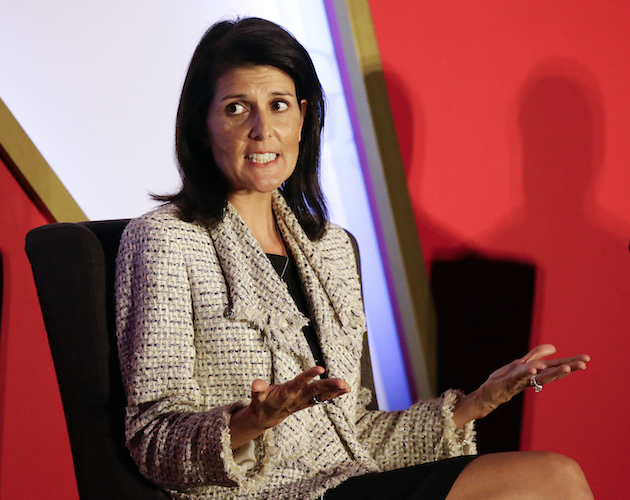 South Carolina Gov. Nikki Haley also is reported to be in consideration for the secretary of state post.

Haley, another early critic of Trump's candidacy, has been a recent mainstay on the GOP stage. As the first female minority governor of a deeply red state, Haley has taken a stance against the resettling of Syrian refugees in her state and vocally opposed the Affordable Care Act, also known as Obamacare.

Haley does not shy away from thorny political battles. She signed a landmark bill to remove the Confederate flag from the state's Capitol building. 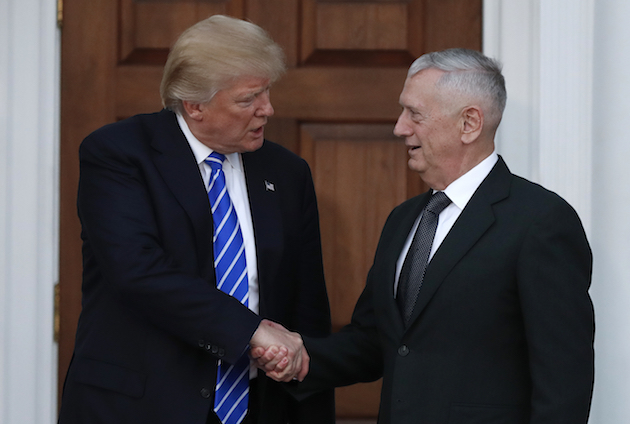 Trump announced on Sunday that he is strongly considering retired Marine Gen. James Mattis for secretary of defense.

Mattis has emerged as a foreign policy favorite among Republicans in recent years for his vast combat experience and ongoing reputation as a favorite among Marine Corps insiders.

"General James ‘Mad Dog' Mattis, who is being considered for Secretary of Defense, was very impressive yesterday. A true General's General!" Trump tweeted on Sunday.

Mattis has attracted fans for his unguarded approach to public speaking and sometimes surprising honesty.

"I come in peace. I didn't bring artillery. But I'm pleading with you, with tears in my eyes: If you fuck with me, I'll kill you all," Mattis, known by his moniker "Mad Dog," was once quoted as saying. 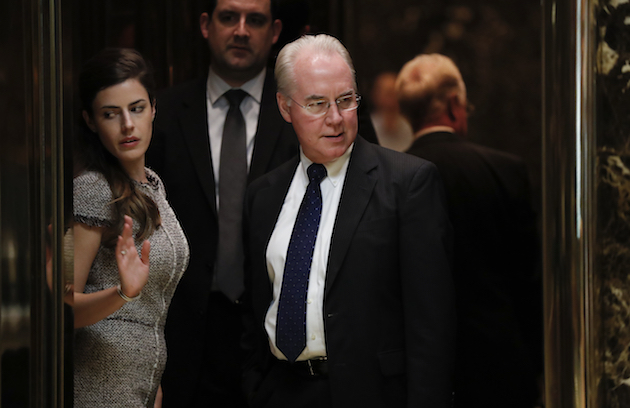 At the Department of Health and Human Services, Rep. Tom Price (R., Ga.) has emerged as frontrunner for secretary, according to multiple reports.

Price, who is a physician, has been a fierce opponent of Obamacare and could spearhead an effort to revoke some of the most controversial aspects of the health plan, which has sent insurance premiums skyrocketing since its implementation.

Republican lawmakers in both the House and Senate would likely embrace this pick and help alter the Affordable Care Act to bring it more in line with Price's vision. 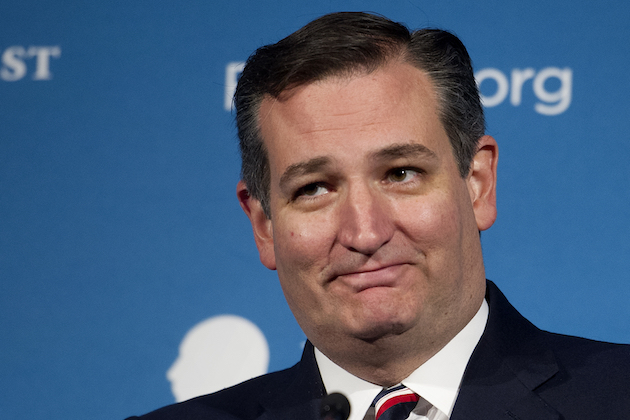 Trump continued his effort to mend fences with Republican opponents when he held a meeting last week with Sen. Ted Cruz (R., Texas), one of his most vocal and persistent campaign trail opponents.

Cruz has been adamant in recent days that Republican lawmakers do all they can to help enact the next administration's policies. He was also rumored for a short period to be under consideration for the role of attorney general, which ultimately went to Sessions. 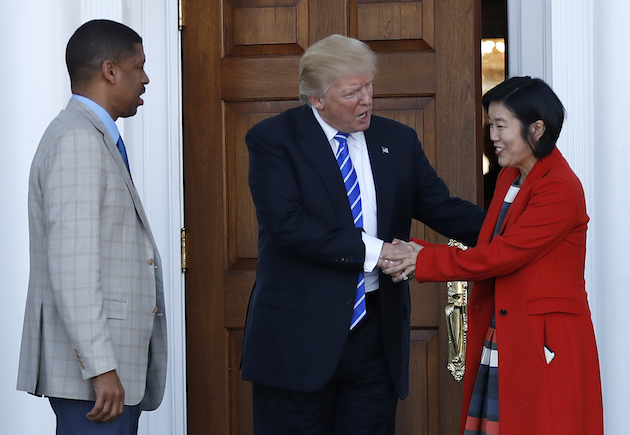 Trump also met this weekend with Michelle Rhee, a former chancellor of Washington, D.C., public schools who became a lighting rod when she pushed for widespread reforms to the education system that were opposed by teacher's unions.

Rhee has since become an advocate for education reform and could join the Trump administration in this capacity.