Dem Rep Under Fire for Wishing Blackburn Would Jump off a Bridge, Calls It ‘Obviously Humor’

Rep. Steve Cohen (D., Tenn.) said he was joking when he said last month he wished Rep. Marsha Blackburn (R., Tenn.) would jump off a bridge, calling it an obvious attempt at humor.

HuffPost obtained audio of Cohen addressing a group of pastors and discussing the 2018 U.S. Senate race in Tennessee, where Blackburn is facing former Gov. Phil Bredesen (D.) in one of the most closely watched races in the country.

Blackburn is a longtime supporter of President Donald Trump and has touted his endorsement of her on the campaign trail. Cohen mocked her for being willing to do anything the president asked, like jump off the Harahan Bridge, which traverses the Mississippi River and connects Arkansas and Tennessee.

"She will do anything he says," Cohen said.

Reached by the phone, Cohen told HuffPost he was joking and wished Blackburn no harm.

"It was obviously humor," he said. "I wish her no harm. I hope she doesn’t get the Senate. And I wish she wasn’t a lackey for Trump. But I don’t wish her physical harm."

"At a time when our country is combating a mental health crisis, it's shocking and, frankly, sickening to hear a Democratic congressman actively wishing for a Republican congressman's suicide. The fact that these shameful and violent remarks came at a prayer breakfast make them that much more disappointing," Golden said in a statement. 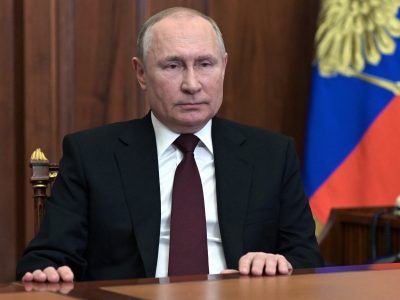