"Allez Opi-Omi!" the sign read, which translates into English as "Go Grandpa-Grandma!" Considering what happened next, it might as well have said, "Let's Go, Brandon!"

The Tour de France peloton was fast approaching, garish spandex rippling in the wind. With the patience and precision of an RAF Spitfire preparing to strike a squadron of Nazi bombers, the sign waited for the perfect moment before springing into action, thrusting itself out into the road and causing what cycling journalist¹ Daniel McMahon described as "the worst Tour de France crash I've ever seen." 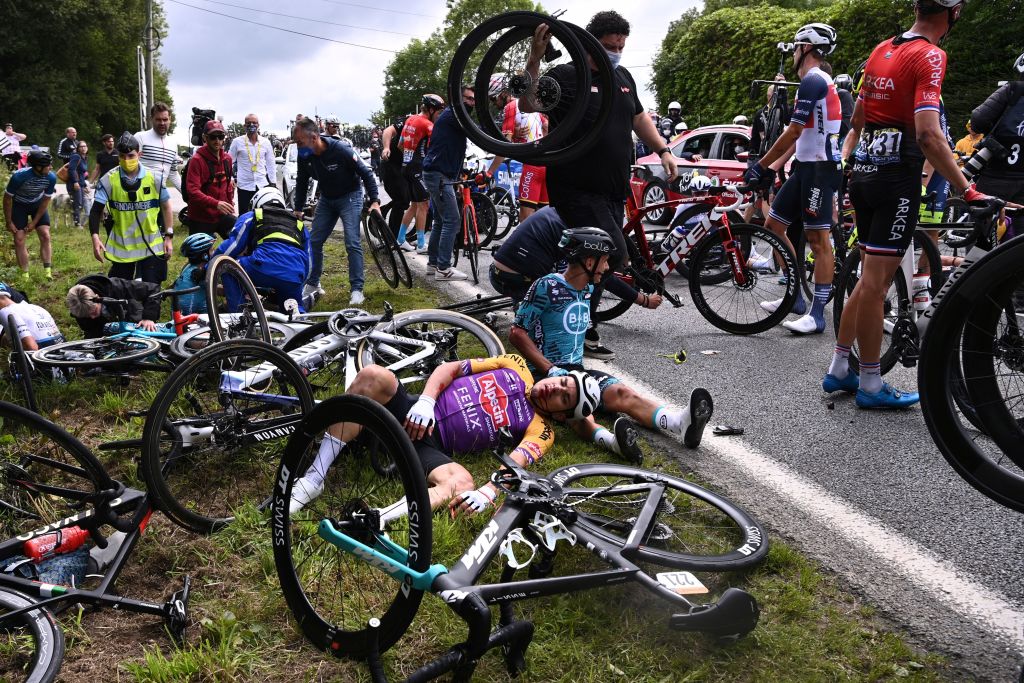 To paraphrase Winston Churchill: Never in the field of human conflict was so much owed by so many to a single cardboard sign.

Amen to that. Cyclists are a menace to the human race, especially the ones who compete at a professional level. We get it, you take steroids (yet still have puny little arms). They terrorize our streets while disobeying traffic laws, and carry themselves with the smug arrogance of mainstream journalists who love to lecture average Americans about why their lives are actually so much better now that a Democrat is president. If the sign weren't French, it would be first in line to receive the Presidential Medal of Freedom in the Donald Trump Jr. administration.

It's been a hard year. Inflation is out of control, President Joe Biden's promise to "shut down the virus" turned out to be a lie, and the libs are determined to suck out every last drop of joy from our lives.

If this video doesn't put a smile on your face, then you're as dead on the inside as Joe Biden is on the outside.

For demolishing a bunch of morally depraved cyclists with the effortless grace of a Reaper drone taking out a terrorist convoy, the sign is a Washington Free Beacon Man of the Year.

¹ "Cycling journalist" has got to be one of the most repulsive job titles in the history of jobs.