Claim: "Senior reporter for CNN. Fact-checking the president, 2024 candidates, others."

CNN fact-checker Daniel Dale, describing himself on his Twitter profile.

Where is Daniel Dale? Does he still work at CNN? He hasn't written a fact check since Dec. 15, when he investigated a Republican congressman's tweet about pedophilia. It wouldn't be the first time Dale went missing during the Biden administration. He might be "on vacation," or he might have been fired by new CNN boss Chris Licht, whose ruthless determiniation to rid the network of liberal hacks made him a Washington Free Beacon Man of the Year in 2022.

Dale and other professional fact-checkers exist for two reasons: 1) so that Democratic politicians can cite their "work" in attack ads against their Republican opponents and 2) because liberal psychopaths need something to print out and bring to the table at Thanksgiving.

A more accurate description of Dale's duties would read something like "Fact-checking Republicans, Donald Trump, others." It's possible Dale is making a political point by implying Trump is still the duly elected president, but we don't think that's very likely because Dale is a liberal hack who works for CNN.

It's true that President Joe Biden is occasionally among the "others" Dale decides to fact-check—about as often as he investigates "conservative tweeters" or "right-wing circles" or Justin Y. O'Donnell, the "anarcho-nihilist" bodybuilder. Dale's most recent articles for CNN suggest "fact-checking the president" is not a top priority. Here's a rundown of the people and events Dale has fact-checked since October 2022:

Joe Biden is a prolific liar, and the professional fact-checkers just shrug it off because his 80-year-old brain is melting like a bowl of chocolate-chip ice cream in mid-July.

We wish mainstream media outlets were as dedicated as we are to holding Sleepy Joe accountable for his lies. Alas, that is not the case.

Verdict: We rate this claim 3.5 Clintons. 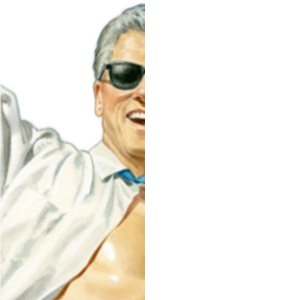