"Right-wing media plays an outsized role in our politics and society," Stelter told the Washington Free Beacon in an email. "It is the most important story on the media beat right now." 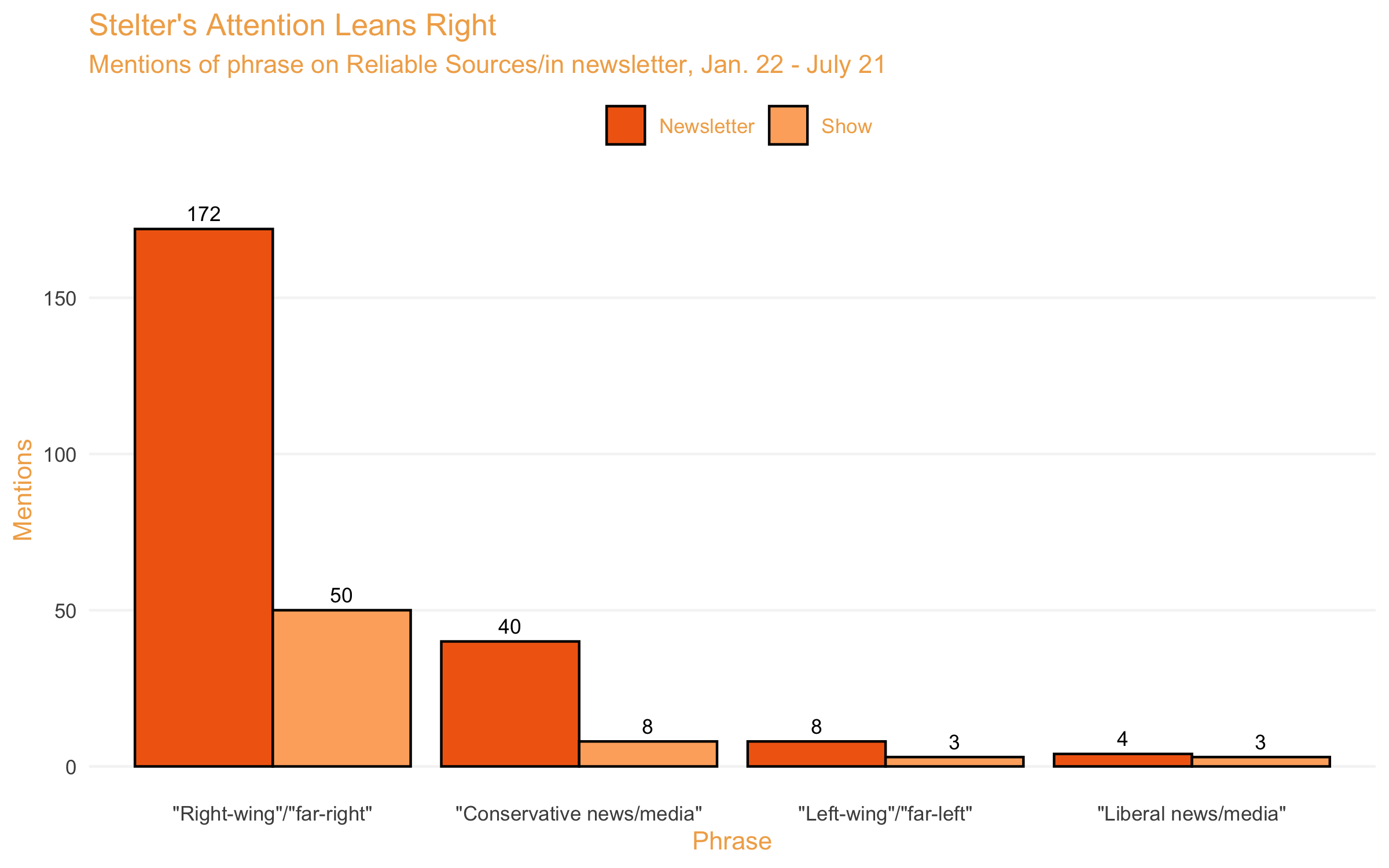 Even when Stelter or Darcy do mention the "left," it often is in the context of criticizing the right. Two of the mentions of "liberal media" came when Stelter quoted Sen. Chris Murphy's (D., Conn.) interview on Feb. 2 with the New York Times, in which the senator said conservatives view the press as a threat to the country. Stelter mentioned Murphy's remark both on his show that day and in his nightly newsletter.

The only mention of "far-left" in the newsletter was a quote on April 1 from Sean Hannity in which the Fox News host referred to Recode cofounder Kara Swisher as a "far-left media mob maniac." It was part of a section of the newsletter that ripped Hannity for being a Trump "attack dog" against New York governor Andrew Cuomo (D.). Chris Cuomo, the governor's younger brother, is a primetime host on CNN.

Reliable Sources coverage is frequently critical of Fox News and other right-leaning outlets. Stelter ripped "right-wing media" on Monday for giving too much coverage to "scattered unrest in Portland, Oregon." On May 10, he criticized right-wing "obsession" with new revelations about the origins of the Russia investigation, which Stelter covered extensively over the past three years.

"The president of the United States watches large volumes of right-wing media, hires people from right-wing media, and seeks out the advice of personalities in right-wing media," Darcy said in an email. "Ignoring this—or covering it through a bothsidesism lens—would be doing a disservice to our audience."

Reliable Sources debuted on CNN in 1992, and Stelter took over the show in 2013 after he left the New York Times. Tim Graham of the conservative Media Research Center said Stelter's program had evolved in the Trump era to focus more on trashing Trump and his media defenders than "evaluating journalism."