John Dabeet, the leader of Americans and Palestinians for Peace (AMPAL) and a school board member from Muscatine, Iowa, endorsed Warren in November, praising her for standing up for Palestinians. In another sign Democratic 2020 contenders are willing to associate with anti-Israel activists, the Warren campaign last week included Dabeet in a group of "Iowa leaders" backing her in the Democratic primary.

Dabeet this month called Israel a "fake democracy," and his organization referred to Arafat, the deceased head of the terrorist Palestinian Liberation Organization, as the "immortal leader" and "martyr leader" in 2016. 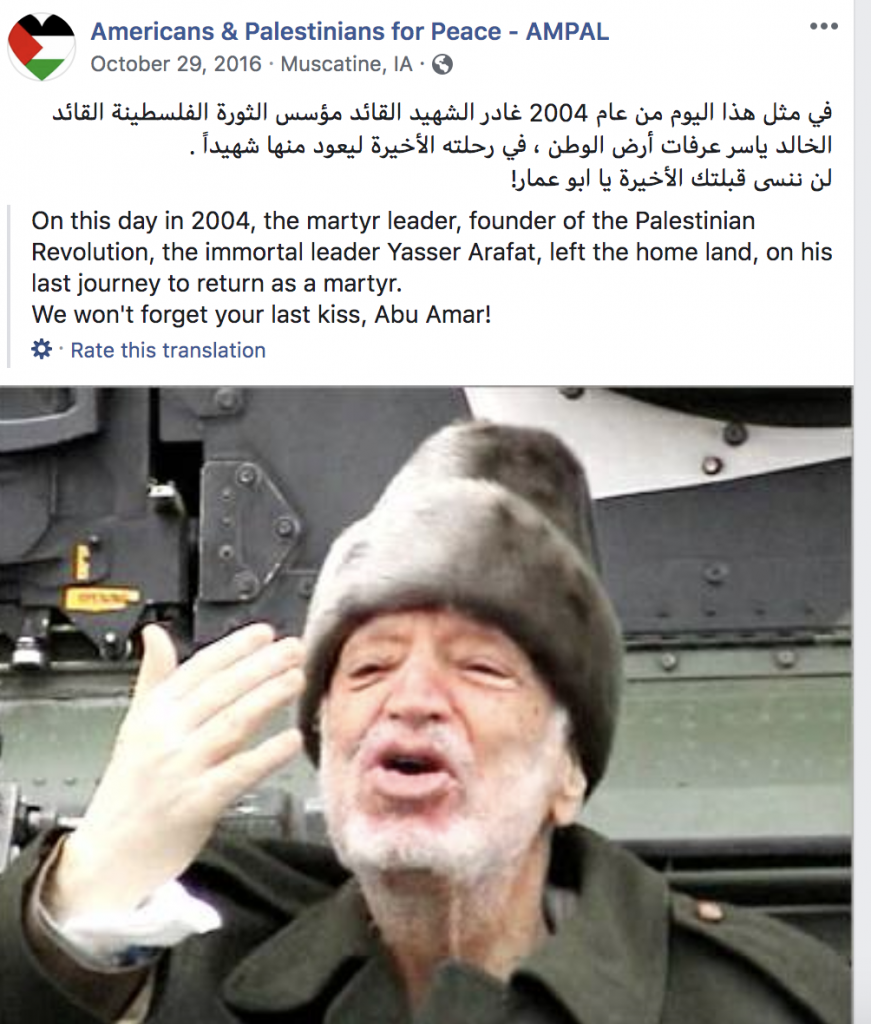 In March, Dabeet tweeted an Intercept article about Sen. Cory Booker (D., N.J.) and called him "another AIPAC Puppet," referring to the pro-Israel lobbying group. He supported the confirmation of Chuck Hagel as secretary of defense in 2013, despite the opposition of what he called the "Israeli Likud lobby" over remarks Hagel made in 2007 about the political influence of the "Jewish lobby." 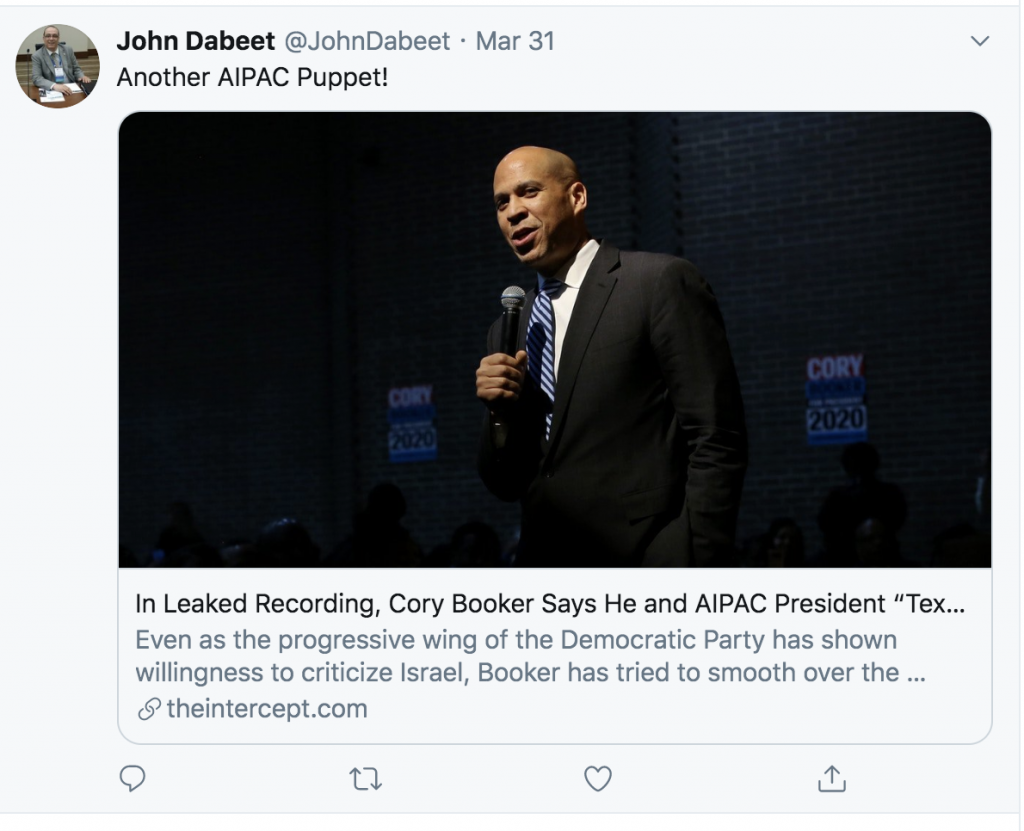 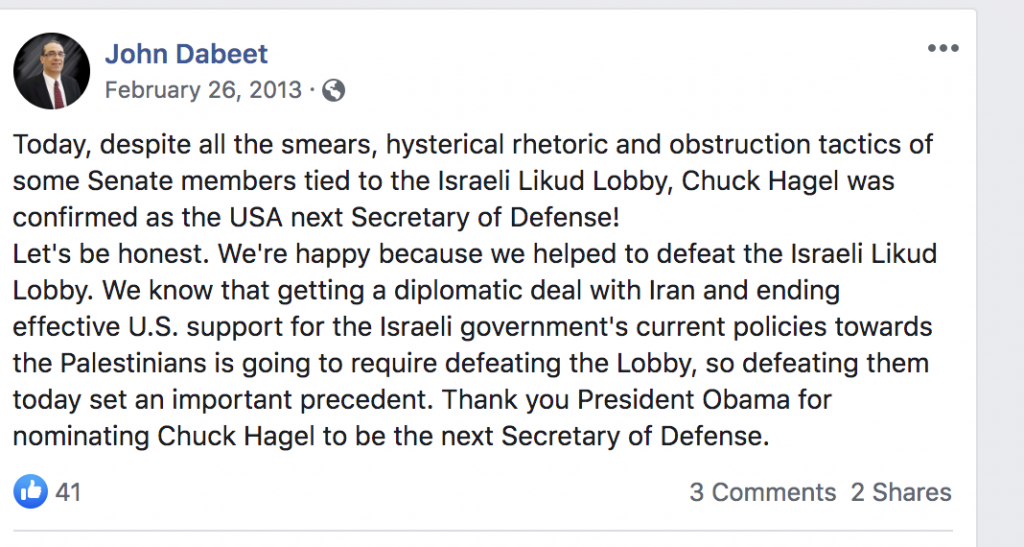 Dabeet has also called for a boycott of Israel and tweeted support of Reps. Rashida Tlaib (D., Mich.) and Ilhan Omar (D., Minn.), who support the anti-Semitic Boycott, Divestment, and Sanctions movement.

Omar was forced to apologize earlier this year for using anti-Semitic tropes, including writing that pro-Israel politicians were paid off for their views, infamously tweeting, "It's all about the Benjamins."

Dabeet stood by her during the controversy, writing on AMPAL's Facebook page in February that AIPAC controls "some puppet politicians on both sides of the aisle but not the people."

AMPAL wrote on Facebook on Nov. 2, 2018, that "we will never forget nor forgive" the Balfour Declaration, the 1917 British government announcement that promised "Palestine" as a home for the Jewish people.

In response to the Trump administration's decision to recognize Jerusalem as Israel's capital in 2017, he told the Quad-City Times the two-state solution was dead and claimed the Palestinian government was committed "100 percent to the peace process." He added that Trump was now responsible for "all the violence that will occur throughout the Middle East," a common prediction of mass bloodshed at the time that did not come to fruition.

Warren, a leading contender for the 2020 Democratic nomination, has mirrored progressive hostility toward Israel in her policies. She promised the far-left group IfNotNow in July she would fight the "occupation" of Palestinian territories and said in October "everything is on the table" if as president she felt Israel was not moving toward a two-state solution, an implicit threat of withholding aid.

Warren is languishing in recent Iowa polls, following the troubled rollout of her Medicare for All proposal.

Her campaign did not respond to a request for comment.