Analysis: Good deal for Steyer, Buffett, China. Not so much for humans, workers, climate

White House Press Secretary Josh Earnest announced on Tuesday that President Barack Obama would veto a bill approving the Keystone XL pipeline if it passes both houses of Congress.

The pipeline has languished in bureaucratic limbo for years, and the president has repeatedly delayed a decision on the measure. With the last election of his presidency behind him, Obama is finally putting his foot down.

Here are some of the winners and losers of the president’s veto threat.

Tom Steyer and his political allies 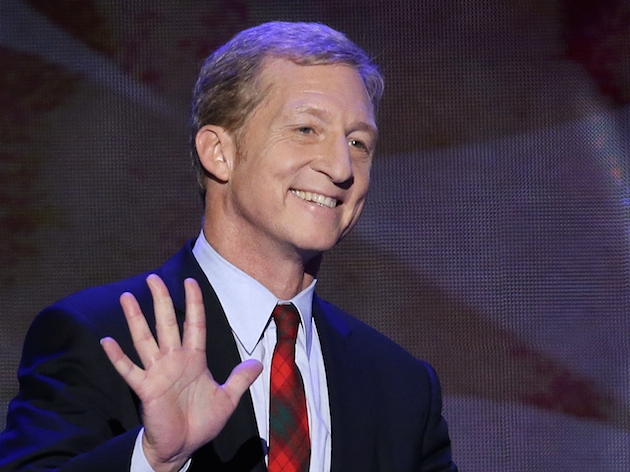 As the billionaire hedge fund manager poured money into Senate and gubernatorial contests around the country, he rubbed elbows with top White House aides informing the president’s position on Keystone and other energy issues.

They eventually opted for Steyer’s preferred policy, ensuring that he will remain a dominant player in Democratic politics going forward.

Steyer was the face of the anti-Keystone political effort, but his allies can also count Tuesday’s announcement as a major victory. Chief among them is Middlebury professor Bill McKibben, who has professed his desire to de-develop the industrialized world.

"We are not interested in the utility of a particular species of free-flowing river, or ecosystem, to mankind," Graber explained. "They have intrinsic value, more value—to me—than another human body, or a billion of them. Human happiness, and certainly human fecundity, are not as important as a wild and healthy planet." 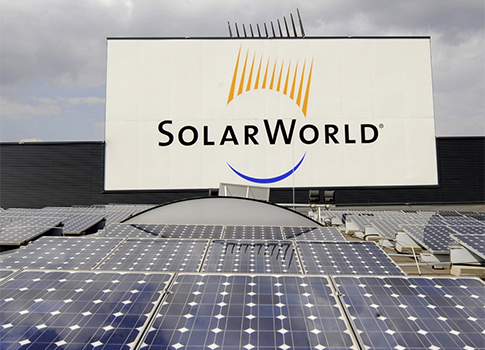 McKibben, Steyer, and the vast majority of the environmental left want to substantially or completely replace fossil fuel energy with "green" energy, primarily wind and solar power. Preventing Keystone’s approval is a small but symbolic victory in that effort. Winners in such an effort be the manufacturers of solar panels, wind turbines, and related technologies.

Those manufacturers, and the investors that supply their capital, are among Obama’s and the Democratic Party’s biggest donors. The Venture Corporatists of Silicon Valley who backed Obama in 2008, 2012, or both can rest assured that their investments are paying off. 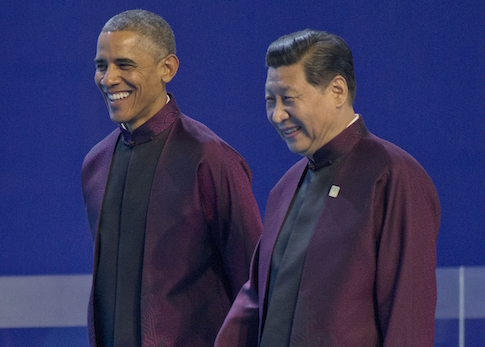 Canada wants to sell its abundant reserves of crude oil. If it cannot transport it to the United States, Prime Minister Steven Harper has suggested, it can always ship it by oil tanker to China, a rapidly developing nation with a seemingly insatiable appetite for energy.

"You know, we want to sell our energy to people who want to buy our energy. It’s that simple," Harper said last year. 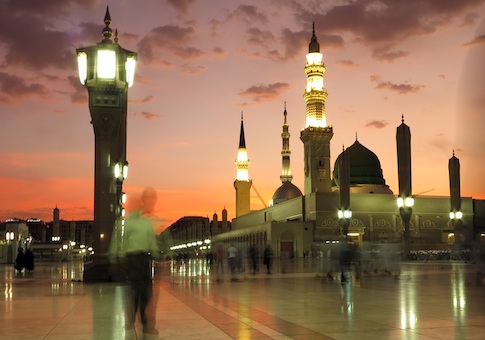 The international cartel of oil-producing despots, theocrats, and socialists is in the midst of extensive internal turmoil as the price of crude oil sinks below $50 for the first time since 2009. Rejecting the Keystone Pipeline will increase reliance on OPEC states, boosting their coffers. 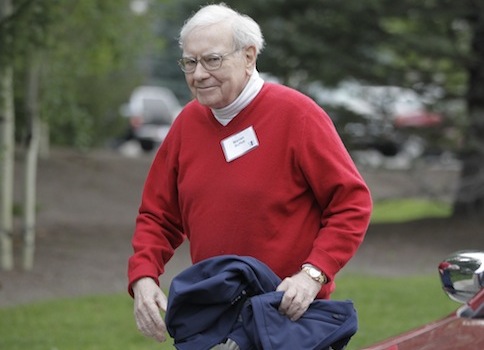 Regardless of the Keystone decision, much of that oil will still be extracted. As Canada’s "oil sands" glut faces a transportation bottleneck—there isn’t enough pipeline capacity to move the massive amounts of crude being extracted by our northern neighbor—the country must consider other means of transit.

Chief among them is rail. Obama donor Warren Buffett’s BNSF Railway is the second-largest freight rail company in North America.

"We never thought we competed with pipeline until four years ago when we moved our first unit train of crude by rail," BNSF vice president Dean Wise told the Texas Tribune in April. "Now BNSF is moving eight trains a day."

Buffett says he supports the Keystone pipeline, but he would surely benefit from a failure to complete it. 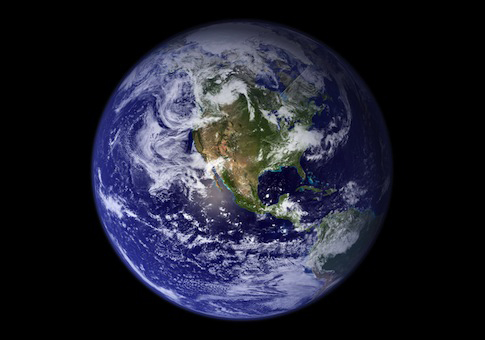 In January, President Barack Obama’s State Department projected that rejecting the Keystone pipeline would actually increase global carbon emissions. The oil it would transport will be extracted regardless, State said, but every alternative mode of transportation would result in higher levels of CO2 in the atmosphere. 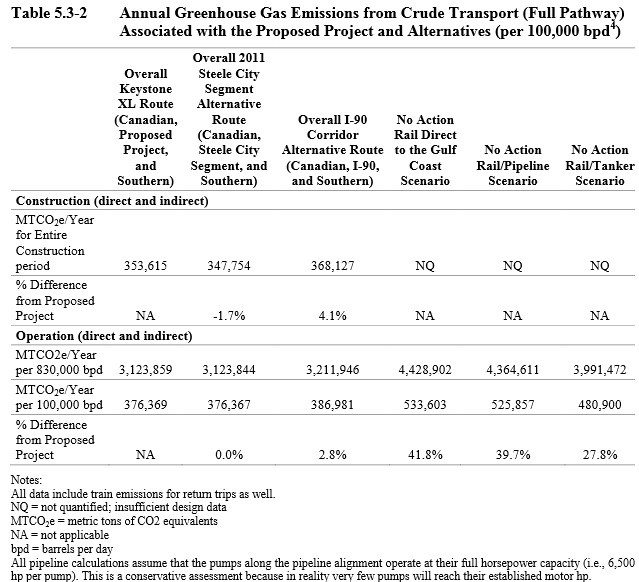 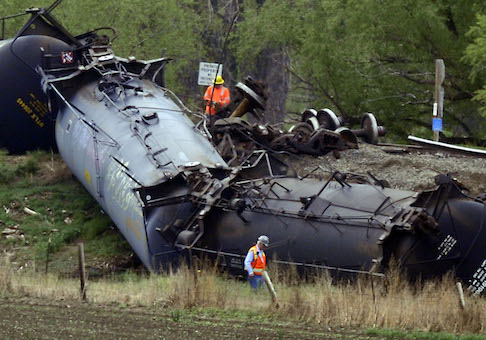 State also projected that a failure to approve Keystone would result in more derailments of trains carrying crude that would otherwise have been transported by pipeline.

Oil train derailments, such as a BNSF disaster in North Dakota in 2013 that spilled 400,000 gallons of crude, will also result in the loss of human life, State projected. According to his own administration, Obama’s veto of the project will result in 434 deaths and 2,947 injuries over the next decade. 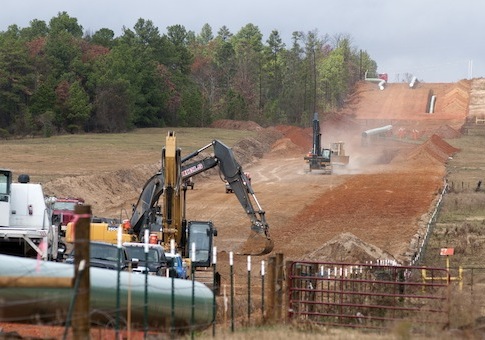 Construction of the TransCanada Keystone XL Pipeline in Texas / AP

According to State, Keystone "would support a combined total of approximately 42,100 average annual jobs."

Other estimates differ, but even doubters of that statistic note that the project has already created thousands of jobs, and is expected to create thousands more.

President Obama frequently downplays the pipeline’s impact on employment, noting that many of those jobs would be temporary. Generally left unsaid is the fact that construction jobs are by definition temporary.

According to State, even those temporary jobs would support additional industries through purchases of building materials and other goods. State calls them jobs created through "indirect and induced spending." 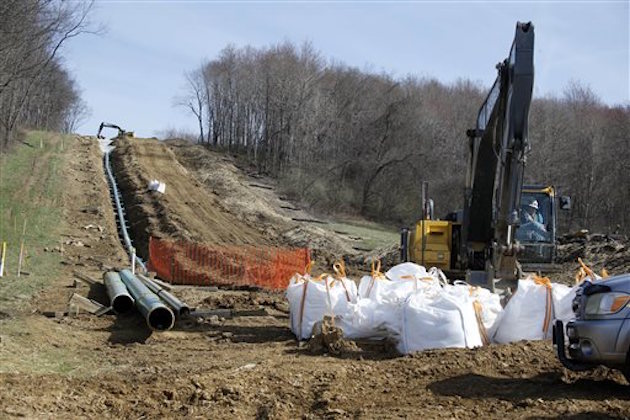 "Today’s failure of the U.S. Senate to authorize the Keystone XL pipeline is a vote against all construction workers, a vote to keep good, middle-class jobs locked out of reach and a vote to continue to rely on nations that hate America for our energy," said Terry O’Sullivan, general president of the Laborers International Union of North America, after Senate Democrats voted down a measure to approve the project in November. 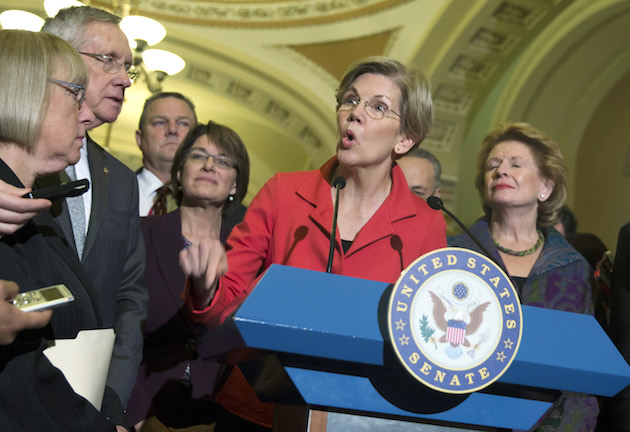 Big Labor is traditionally a reliable bastion of Democratic support. However, some union leaders have warned Democrats of the political consequences of scuttling Keystone.

While unions are not likely to actively oppose most Democrats, a lack of enthusiasm among their members could roil the party’s ground game, which is aided in large measure by door-knocking and get-out-the-vote efforts by the nation’s labor unions.

Obama’s decision on Keystone also flies in the face of public opinion, which, polls show, is consistently in favor of building the pipeline. The electoral consequences of its repeated delays were on full display last month, when former Sen. Mary Landrieu (D., La.) lost her reelection bid after failing to usher a bill approving Keystone through the Senate. 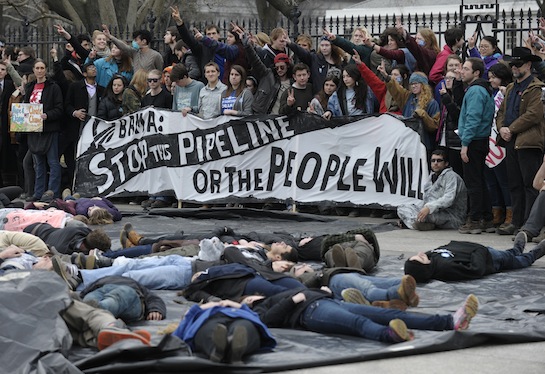 The American environmental movement has now spent years and hundreds of millions of dollars to scuttle a project that would have actually resulted in lower levels of global carbon emissions.

Keystone is, at best, a symbolic victory for U.S. environmentalists. At worst, it is directly contrary to their stated goals.

Harris Gets Caught in Bizarre Lie About Never Eating Grapes