Montana Democratic Senate nominee Steve Bullock is campaigning as a fighter for gun rights despite his past support for strict new gun-control laws—a record that earned him an "F" rating from the National Rifle Association.

"I believe in our individual right to bear arms," Bullock said in a recent ad, which featured pictures of him hunting. "I took on Democrats in Washington to defend it."

Bullock, a two-term governor, expressed support for universal background checks in the ad. He failed to mention his past support for a range of other gun-control proposals—including a ban on the sale of so-called assault weapons. Bullock has flip-flopped on gun issues over the years. Though he previously opposed new gun-control measures like universal background checks during his 2016 gubernatorial reelection campaign, he embraced restrictions when he launched his failed presidential campaign.

"You know, I would Jake," Bullock told CNN's Jake Tapper in 2018 when asked if he'd support an assault weapons ban. "Now, there are things that we can do immediately, everything from red flag laws to closing, sort of having a universal background check, to making sure that we're doing everything we can, some age restrictions, magazine restrictions."

The Bullock campaign did not respond to a request for comment on the ad or the candidate's shift on the issue.

Bullock's rhetoric on the Second Amendment has shifted as demand for guns reached an all-time high in 2020—with sales up 67 percent year-over-year in Montana, according to a Washington Free Beacon analysis. It shows that while the Democratic presidential ticket has adopted historically strict positions on gun control, Democrats running in less-blue areas are beginning to moderate on the issue. The driving force may be a historic rise in new gun owners, with one gun-industry group estimating that there have been more than 17 million gun sales this year and nearly 5 million new gun owners. 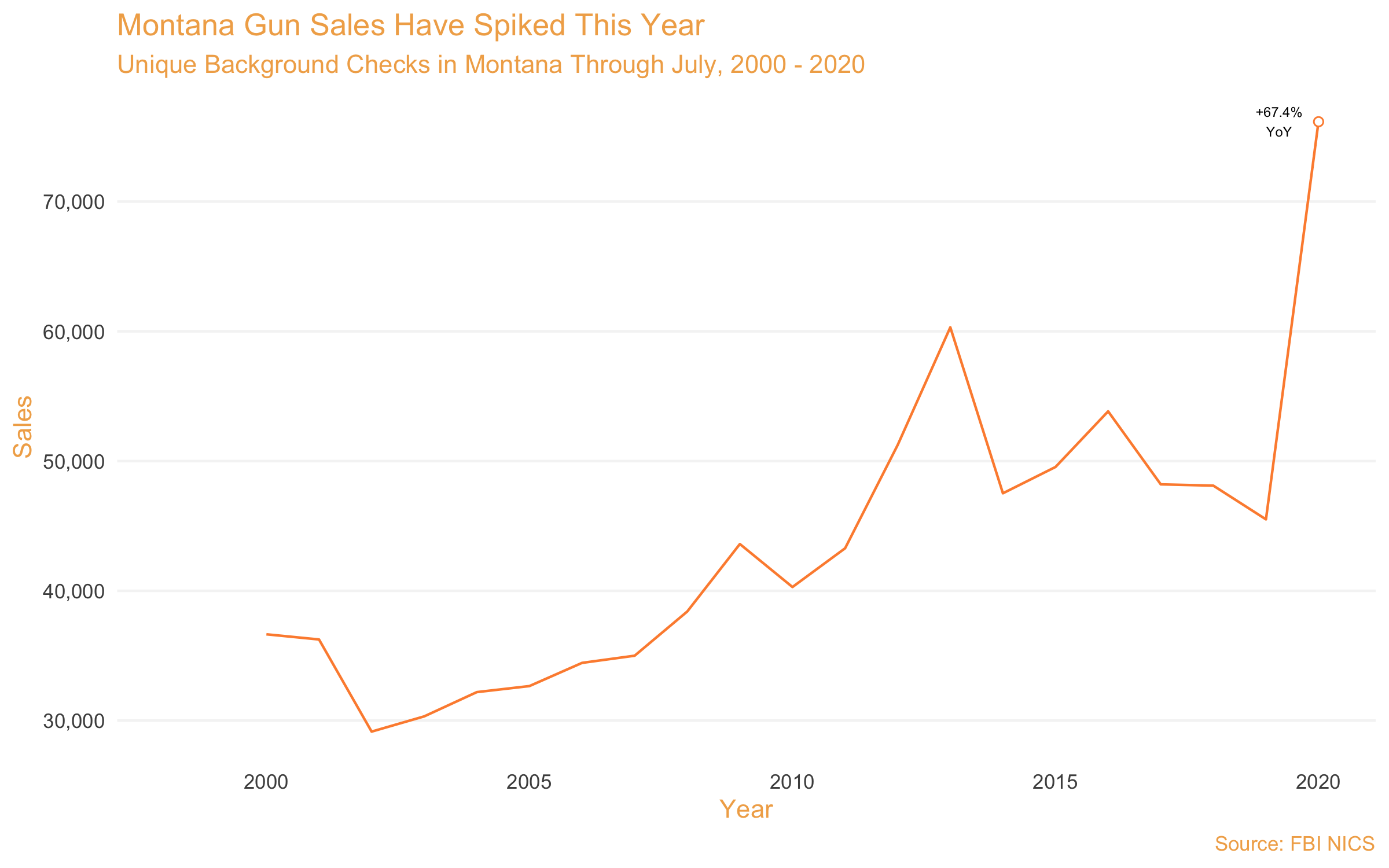 While Bullock has moderated his position since launching his Senate bid, his opponent, GOP incumbent Steve Daines, has attempted to portray him as in league with national Democrats. Campaign spokeswoman Julia Doyle said the Democratic governor's flip-flopping shows that he is willing to sacrifice gun rights if it can win him allies in Democratic leadership.

While the NRA has given Bullock an "F" rating, Daines enjoys an "A+" rating from the gun-rights group as well as its endorsement in the race. The group pointed to Daines's record of voting to appoint "pro-gun judges," his vote against a universal background check proposal, and his co-sponsorship of a bill making state gun-carry permits valid nationwide as examples of the senator's pro-gun bonafides.

"During Bullock's failed presidential campaign, he turned his back on Montana values and openly called for gun bans and confiscation," NRA spokeswoman Amy Hunter told the Free Beacon. "Now he's trying to walk it back because he knows gun rights matter to Montanans and that this issue is going to play a major role in the upcoming election."