Hillary Clinton will never be president of the United States, but that doesn't mean she has to stop being a celebrity fashion icon.

The failed candidate stole the show Wednesday at the Venice Film Festival, where she donned an exquisite pastel muumuu that flowed elegantly in the temperate Adriatic breeze. Attendees gawked as Hillary arrived with personal servant Huma Abedin—decked out in a fierce tiger-inspired ensemble—and posed for selfies with deranged admirers.

When it came time to strut her stuff on the red carpet, Hillary proved she's still got it. 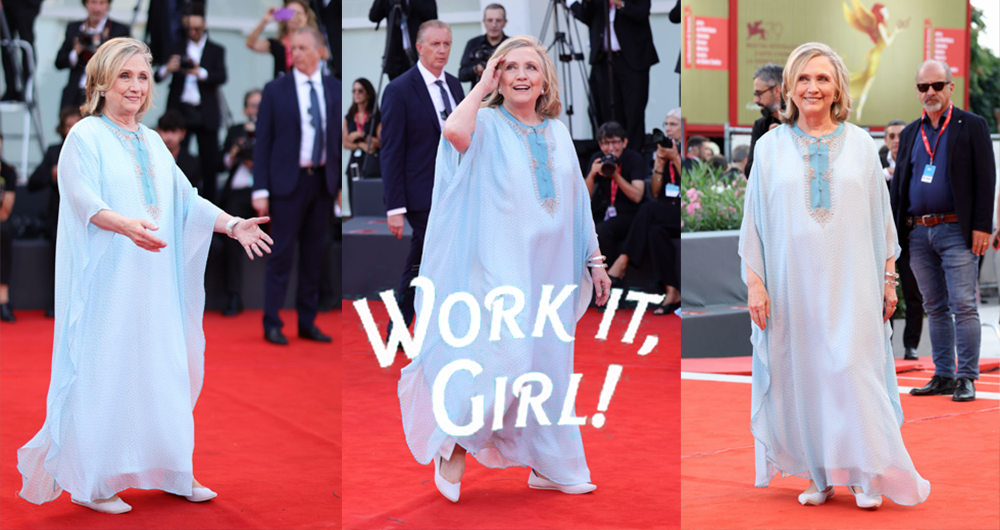 Hillary was in Italy to promote her upcoming television series, Gutsy, a collaboration with her daughter Chelsea that premiers on Apple TV+ on Sept. 9.

This isn't the first time Hillary has made international headlines by wearing a muumuu, defined as "a loose dress of Hawaiian origin that hangs from the shoulder and is like a cross between a shirt and a robe." In August 2014, a muumuu-clad Hillary was spotted walking (relatively) unassisted on a beach in the Hamptons, where she was on vacation with sexual predator Bill Clinton, her nominal husband.