Column: The best and worst the Democratic Party has to offer in 2020

CNN informs me there are "at least" 22 Democrats thinking of running for president in 2020. So who among them had the best 2017? Below is my list, in descending order, of the strongest members of the emerging 2020 Democratic field, along with some thoughts on their political fortunes. Spoiler alert: It's not a pretty sight. 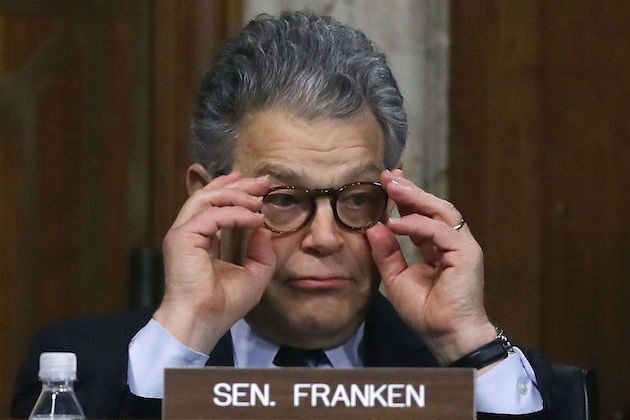 If I had composed this list just two months ago, Franken would have been in a different position. This was his year to shine. He published an enjoyable memoir of his entertainment and political career, scored partisan points while genially undermining Jeff Sessions's account of contacts with Russian officials, earned the respect of his colleagues, including some Republicans, and burnished his liberal Democratic message of economic security and antiracism. "Al Franken for President?" asked National Journal last February.

It was not to be. On November 16, news anchor and former model Leeann Tweeden accused Franken of sexual misconduct during an overseas USO tour in 2006. That was just the beginning. By the seventh accusation, which arrived this week, Franken could survive no longer. He announced his resignation Thursday. 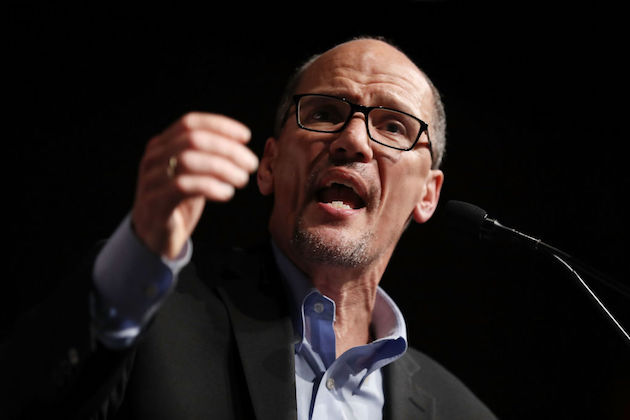 The chairman of the Democratic National Committee has not had an easy go of it. First he had trouble securing the job. As a result, Bernie Sanders ally Keith Ellison was made deputy chairman in the service of intraparty comity. Then came the Democratic loss to replace Tom Price in the most expensive special election in history. Worst of all, Perez has had to deal with the fallout from Donna Brazile's Hacks, in which the interim party chair said the 2016 primary had been rigged for Hillary Clinton. The Virginia election was a bright spot—but credit for that victory lies elsewhere. Maybe Perez's fortunes will improve with a win for Doug Jones in Alabama next Tuesday. Regardless, he will still have one of the worst jobs in politics. 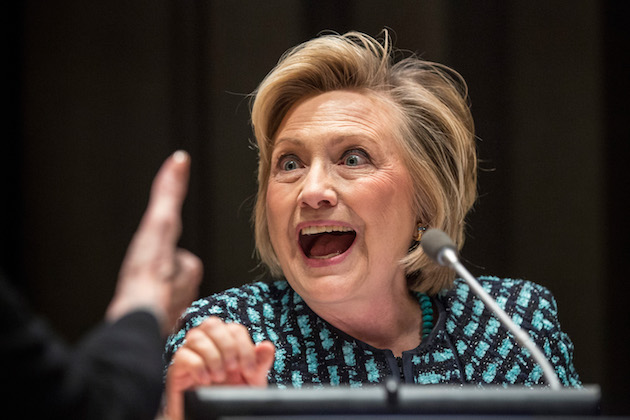 The lady who just won't go away. Hillary Clinton may have scored a bestseller with What Happened, but she did not improve her reputation. Not only has Clinton continued to deny responsibility for her election defeat. She has gone on to challenge the legitimacy of Donald Trump's presidency. That is beyond being a sore loser; it's entering the fever swamps. Clinton's legacy was harmed further with the news that her campaign did nothing after Lena Dunham warned officials about donor Harvey Weinstein's predation. The frenzied allegations of sexual misconduct and the resignations that have followed seem to be justice for Bill Clinton's wrongdoing—20 years after the fact. If Hillary ran a third time for president, it would be the best thing to happen to Donald Trump since the invention of reality TV. 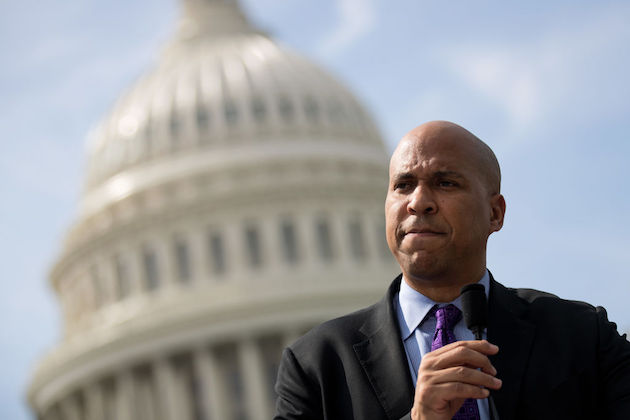 Cory Booker's reputation has always been much grander than the facts allow. This presidential aspirant did not have the year he might have wanted. It began with him testifying against the nomination of Jeff Sessions for attorney general, becoming the first senator in history to do so. It ended with him appearing as a character witness for Bob Menendez. Not a good look. This supposed defender of Israel also voted against the Taylor Force Act and opposed President Trump's recognition of Jerusalem as the capital of the Jewish State. Otherwise he's been missing in action. To become the Democratic nominee, he'll have to step up his game. 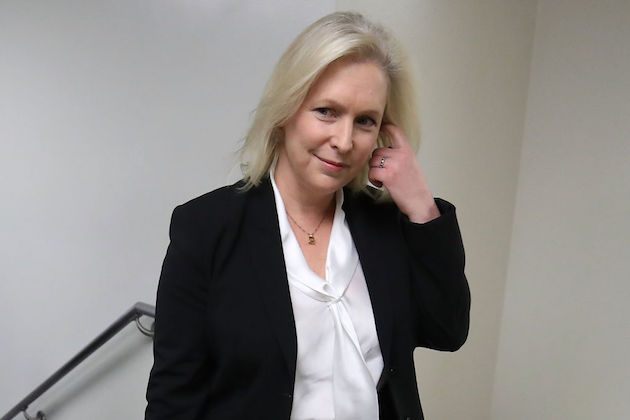 The New York senator wanted to run in 2016, but like the rest of her party made room for Clinton. That was a mistake. She seems eager to right this wrong, by calling for President Clinton's resignation 20 years too late and, after some fumbling, for Senator Franken's as well. Gillibrand is warm, fluent, intelligent, from an important state, and has a major issue: sexual harassment and assault. Her confused messages on Clinton and Trump were rookie mistakes. But they were also the sort of mistakes one doesn't expect from a protégée of Chuck Schumer and a contender for the Democratic nomination. I can see Gillibrand as the "wine-track" candidate of liberal professional Democrats. But it will take work. 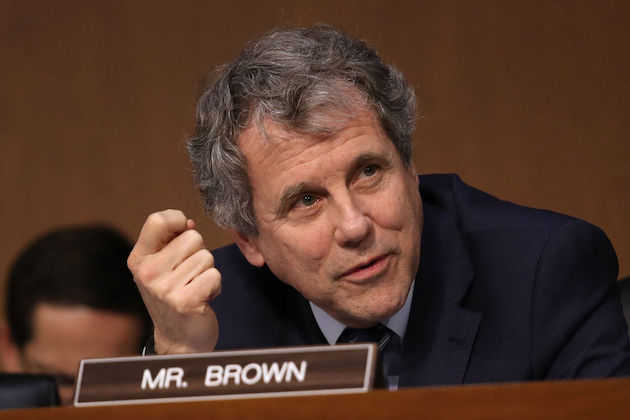 Haven't heard of the Ohio senator? That's the way he likes it. Brown is my dark horse. At 65 years old, he's relatively young for a Democrat. His liberal credentials are impeccable. And he understands that trade is at the center of Donald Trump and Bernie Sanders's appeal. Brown has received a lot of grief from his colleagues for working with Trump as the president renegotiates NAFTA. He should ignore them. Brown has a better grip on the concerns of the white working class than they do. 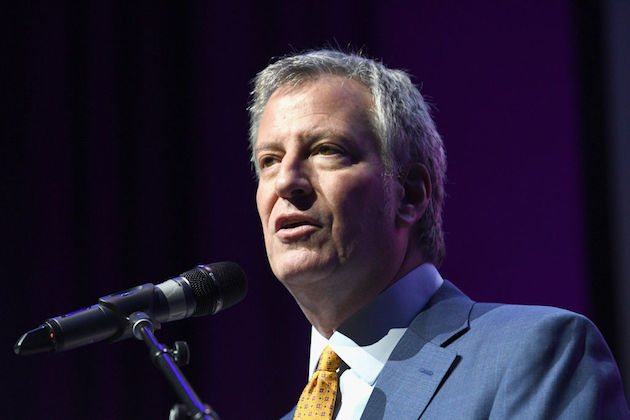 The New York City mayor had a good year. He wasn't indicted, for starters. Also, he won reelection. He has increased his national travel and is mulling a political action committee. De Blasio has a comfortable perch on the far left side of his party. He'd also easily be the tallest candidate in the race, and the taller candidate has a tendency to win. Nevertheless, in a primary campaign he'd have a lot of competition for avatar of the left. And New York City mayors don't travel well beyond the Hudson River. He'll make a splash if he runs. But will the wave travel past the Jersey Shore? 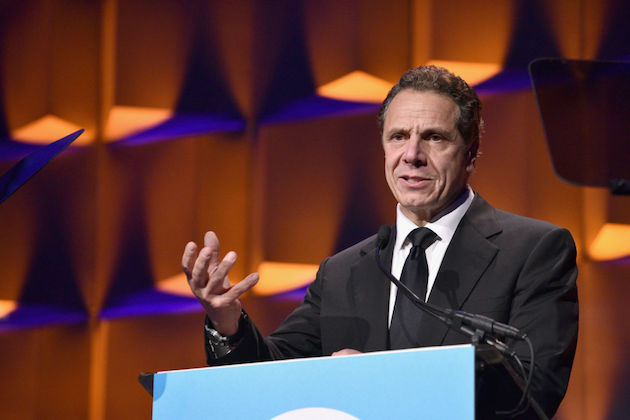 Cuomo's reputation is hard to gauge. His approval rating is positive, but he has made many enemies, including De Blasio, over his two terms as governor. He handled the recent terrorist attack in New York City well. But his embrace of same-sex marriage seems like forever ago, and I can't think of any other prominent issue or accomplishment to which he is attached. He'll also have a major problem if the GOP tax reform plan is signed into law. How he deals with the inability of his constituents to deduct mortgage interest and state and local taxes from their federal returns will count for a lot. So will his campaign for a third term, should he decide he wants one. Can't count him out in 2020—but probably not wise to overestimate him either. 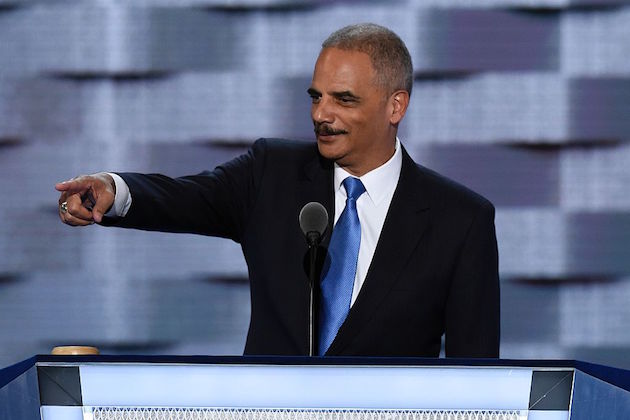 The former attorney general acts like he's dabbling in 2020 politics. He'd be a stalking-horse for his close friend Barack Obama, the protector of our 44th president's legacy. His issue is gerrymandering reform. Not the sort of thing on which to run a national campaign, but relevant enough to keep you in the headlines. Race and social justice also figure heavily in Holder's liberal imagination, and should those issues be ignored, Holder might step into the fray. He'd rake up donations for sure. The mystery is how he'd perform as a candidate. My guess: not well. 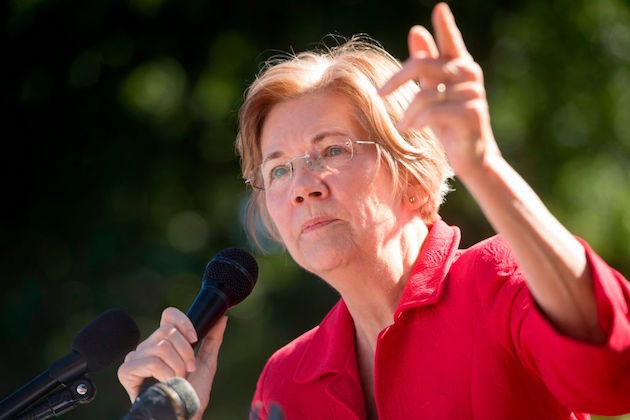 Warren's year has been mixed. She's clearly a Democratic star, and a leader of the Resistance. She delivered well-received speeches at both the 2012 and 2016 conventions. She scored a hit in her investigation of Wells Fargo. She gets the economic issue and the sense among voters that the system is rigged.

Yet her pet institution, the Consumer Financial Protection Bureau, is now in the hands of President Trump. She looked silly when she posed with Leandra English, the pretender to head the bureau. Warren also seems to be quaking with anger whenever she's discussing Republicans. And she's incredibly guarded when discussing anything else. Has she ever faced aggressive questioning on matters outside personal finance and Wall Street?

Warren earns sympathy whenever the president calls her "Pocahontas." What the president is doing, though, is defining her as a fake and an outsider, years before the first vote is cast. I think Warren would run a campaign similar to Hillary's, except with greater emphasis on middle class economics. And I'm not sure that would be enough. 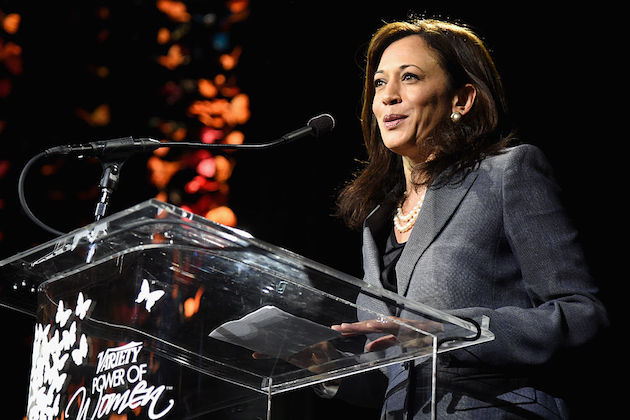 The Democratic hope from California had a good year. She stayed out of the headlines—at least the negative ones. She continued to enjoy good press. Comparisons to Obama are Democratic manna from heaven (if Democrats believe in heaven). She's undoubtedly appealing: composed, incisive, and telegenic, with a mellifluous voice. But she's never fought a competitive race, hails from the people's republic of California, and has nowhere near the presence Barack Obama had at this point in his career. Will she seize her chance, or wait for her turn? How will she connect with Middle America, with African-American voters? Are her foreign and domestic policies anything but generic Democrat? There are more questions about Kamala Harris than there are answers.

Terry McAuliffe is a business-friendly social liberal whose four years as governor of Virginia (alongside a Republican legislature) were comparatively successful. He's a proven fundraiser, likeable, and presided over a Democratic triumph in this year's Virginia elections. He's a hard man to dismiss. But I wonder if he has the stature of a president and if he is strong enough to assert himself on a crowded debate stage. 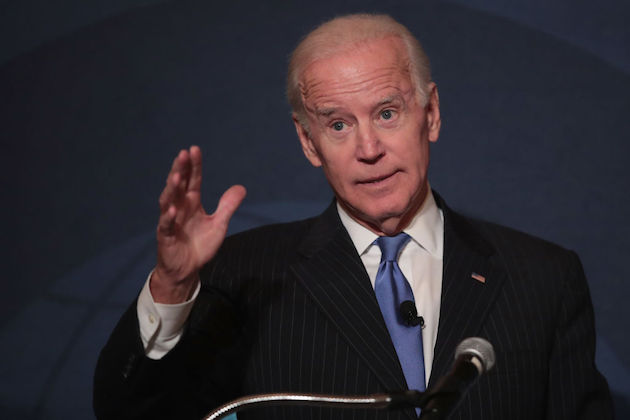 He's popular, jovial, a household name, reminds Democrats of the pre-Trump era, understands the necessity of assuaging the middle and working class, and everyone assumes he would have won the election had he been the Democratic nominee in 2016. But will he be the Democratic nominee in 2020? His previous campaigns have not gone well. On Inauguration Day 2021 he'll be 78 years old. Politics moves incredibly fast. Biden must be thinking—or hoping—that it hasn't yet passed him by.

It's telling that the Democrat who had the best 2017 isn't even a member of the party. Bernie Sanders kept his movement together, persevered without any major gaffes or stumbles, and enjoys the support of young people and of multitudes of small donors. Age is also a factor with Bernie: He'll be 79 on Election Day 2020. Will he lead the Sandernistas to the Promised Land or anoint a successor in his place? No matter the answer, he's an undisputed king- or queen-maker who has the fate of the Democratic Party in one hand and a Che Guevara tee in the other.

Can Democrats actually be pleased that so much depends on a septuagenarian democratic socialist from an indigo-blue state who honeymooned in the Soviet Union? I doubt it. As I write these words I am struck by just how bare the Democratic Party cupboard is. All of the leading contenders have flaws. None of them has the talents of Obama or of Bill Clinton. Their greatest advantage is Donald Trump. But their greatest disadvantage is Donald Trump, whose shrewdness, boldness, and fighting spirit observe no limits.

Things change. Dark horses appear and defy expectations. Dark horses like the man who became our president. He told a crowd of donors last Saturday, "Right now, unless [the Democrats] have somebody that we don't know about, right now we are unbeatable. We are unbeatable."