What We Learned From Hillary Clinton’s Daily Show Interview

Hillary Clinton’s underwhelming book tour is still going on, in case you hadn’t noticed. The celebrity homeowner and child rapist defender appeared on "The Daily Show" on Tuesday, where she (quite literally) laughed her way through an interview with host Jon Stewart:

As you can tell from that clip, the audience (pictured below) was pretty excited: 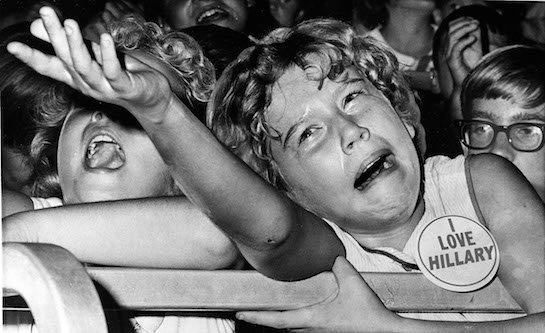 What did we learn?

1) Hard Choices could have been longer

At 656 pages, Hillary's latest memoir is ideally suited for keeping your beach towel secure on a windy day. But it could have been worse—much worse. "It was even longer," Clinton told Stewart. "I wrote much more than that, if you can believe it."

Most of the interview consisted of Stewart using "comedy" to ask Hillary if she was running for president. We learned, for instance, that she would prefer a "home office," perhaps one shaped like an oval. "I think the world is so complicated, the fewer corners you have, the better," she said.

On a related note, a cornerless habitat is ideal for an elderly, mobility-challenged individual who requires a walker to get around, a Free Beacon analysis shows: 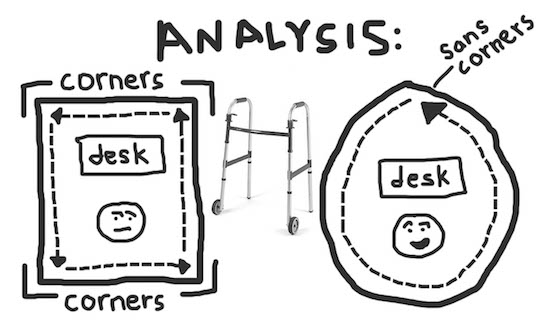 3) Hillary has finally mastered the art of bullsh!tting her way through questions about her massive wealth

Here's what Hillary said when Stewart asked about her "dead broke" comments:

Well, you know, that was an inartful use of words, obviously. You know, Bill and I have worked really hard, and we’ve been successful. I’m really grateful for that. But what I worry about, and I talk about this in the book, is—I’m worried that other people, and particularly younger people are not going to have the same opportunities we did…and that bothers me a lot.

Even Stewart was impressed by how "easily she pivoted."

4) Like Obama, Hillary thinks the executive branch is insufficiently authoritarian

As President Obama has done on numerous occasions, Clinton lamented the "very difficult situation in our executive branch," mainly that she can't get everything she wants. "I think if President Obama were here, he’d be the first to say [the presidency] has not kept up with the times," Clinton said. "We don’t have the kind of agility and flexibility [we need.]"

How else can you explain this artful move from her concern over the president's lack of authority to the need for comprehensive immigration reform, while also mentioning how many countries she visited as Secretary of State? Political bullsh!t, perfected:

We have a crisis in our democracy. And what I saw going to 112 countries is how important it is that we function in the United States, because people look to us. Our system has been the beacon for so many years. Guess what? People want to come here because they think they’ll be safe, they’ll have an opportunity, we have to manage it, that’s why we need comprehensive immigration reform.

Joe Biden may not waltz to the Democratic nomination, after all.