President Obama’s avian genocide is one of the greatest crimes ever perpetrated against the bird community. His determination to eradicate the population of majestic bald eagles—the single greatest symbolic representation of the American freedom—is particularly unsettling.

Half-hearted protests from fair-weather environmentalists, who regard the thousands of brutally murdered eagles every year as mere collateral damage in their misguided quest to save the planet, have done little to dissuade this president. In fact, Obama appears to be pursuing his genocidal ambitions with increasing zeal, as his lust for bird blood grows beyond the "green" energy sector’s capacity to chop or incinerate them out of the sky.

Energy Wire reports that an estimated 3,500 birds were slaughtered at the Ivanpah solar power plant in its first year of operation. The 377-megawatt plant, sprawled across nearly five square miles in the Nevada desert, was financed in part by a $1.6 billion taxpayer-guaranteed loan from the Department of Energy. It has been touted by President Obama and Senate minority leader Harry Reid as a critical weapon in the left-wing "war" on "climate" "change." But while the plant’s energy production has been lagging, it continues to surpass expectations when it comes to bird murder.

First, insects are drawn to the reflective light of the solar mirrors. That draws small, insect-eating birds, which in turn draw larger predatory birds. The rays of the mirrors’ reflected light produces temperatures from 800 degrees to 1,000 degrees Fahrenheit. Any animal caught in the intense glare of the mirror’s rays may catch fire and plummet toward the ground, or spontaneously combust altogether.

Ivanpah slaughters birds in non-discrimatory fashion. Studies found that 83 different species of birds were scorched to death over the past year. Many of the birds died "from being toasted by the heat of the solar flux." Here's how it works: 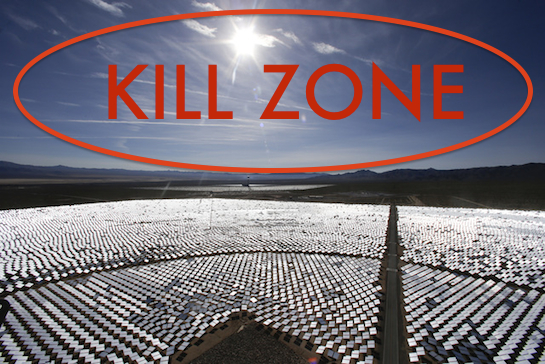 How many more innocent birds have to die painful, fiery deaths before Americans rise up to demand freedom for our avian allies? 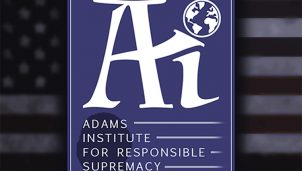