Liberal social media users are losing their minds over a reported anecdote involving President Donald J. Trump's unprecedented prowess on the golf course. Notorious lib and Antifa sympathizer Lachlan Markay, for example, wrote that he was "absolutely dumbfounded" by the story, which was recently recounted by sports writer Rick Reilly, author of Tiger, Meet My Sister… And Other Things I Probably Shouldn't Have Said, in an interview with Vox.

Some libs denounced Trump's alleged behavior as an example of "presidential gaslighting," the hip new term all the cool libs are using these days to ameliorate their repressed feelings of jealousy and awe over Trump's preternatural ability to dominate his opponents in every aspect of life.

If you asked them directly, the libs would say their hysterical reaction was an empathetic response to the alleged injustice visited upon the golfer kid. But if you could stare deeply into their souls, you'd find that the outrage is actually directed at their 10- or 11-year-old selves whose fathers never stood up for them, at how they were never any good at sports, and vowed to make up for it one day by growing up and being successful, but ended up becoming journalists instead.

Sports, much like the high-stakes world of international diplomacy, is about winning at all cost. Want to win at golf more often? Buy a freaking golf course. Don't want the Leader of Free World to steal your ball? Hit it in the hole on the first try.

Until then, maybe we should all just take a deep breath and appreciate the fact that our Commander In Chief is an Alpha Male who has spent his entire life espousing the virtues of Winning, leading by example, and being gracious enough to teach his humiliated opponents valuable lessons along the way.

Congrats on the win, Mr. President. 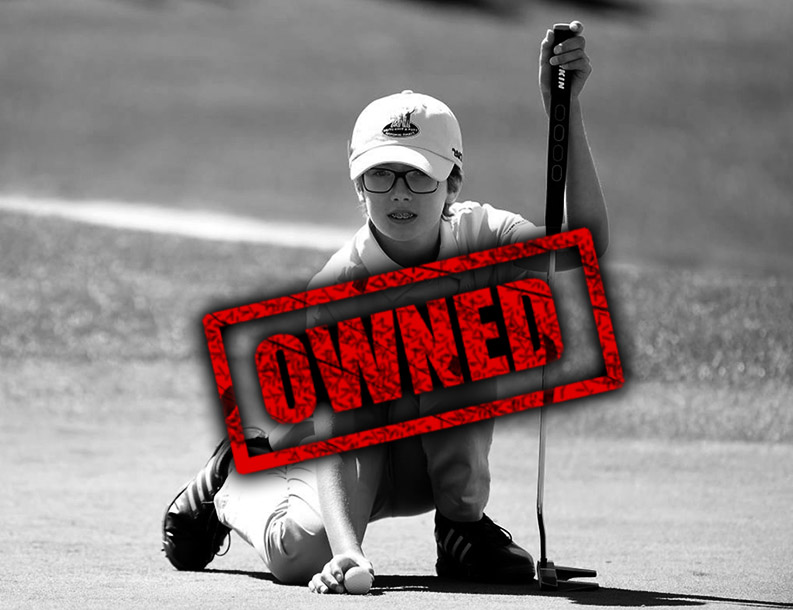