Today, America’s children will take to the streets. Fortunately, it won’t be to cast votes. (It’s bad enough that non-military citizens under 40 are allowed to vote, in my humble opinion.)

No, what I’m talking about is much, much worse: the godforsaken ritual known as "Halloween."

As far as made-up holidays go, Halloween is more of an abomination than Thanksgiving, which, as I have previously explained, is basically a glorified ode to appeasement, teeming with hideous gourds. Dining with the enemy? Sounds like something John Kerry would do.

What makes Halloween so frightening is how it teaches our children that this is perfectly normal. And if we don’t put at end to it soon, Western civilization will become so FUBAR the terrorists won’t bother trying to destroy it.

Halloween has all the makings of a great American holiday, yet persistently fails to live up to its potential. In some respects, Halloween embodies the pre-2008 values that made this country great. Children are encouraged to accumulate as many assets, in the form of "treats," as they possibly can in a short amount of time. Halloween is also a healthy rebuke to all the nanny-state ninnies who deny children the right to delicious candy.

I don’t think it’s a stretch to say that anyone who hands out boxes of raisins on Halloween is likely to be sympathetic to socialism (see chart). 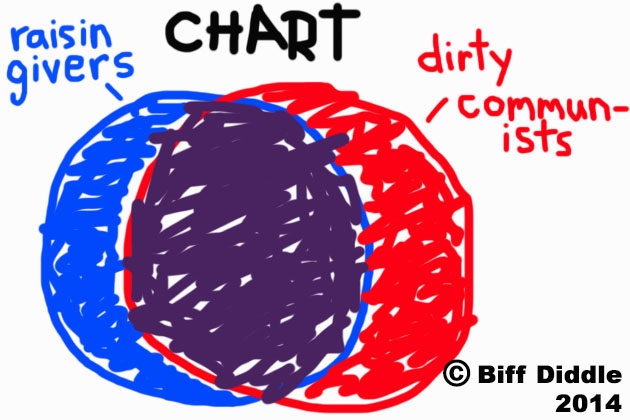 One problem with Halloween is that it's a convenient ruse for liberals who want to celebrate the death of innocent Americans. "It's just a costume" has become the new "I was just following orders." 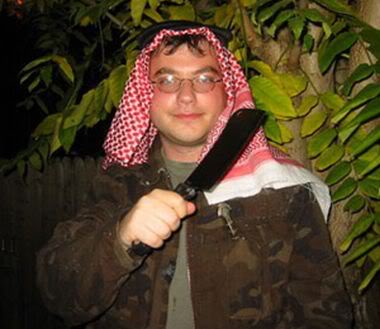 But the main problem, as I see it, is that the fundamental question upon which all Halloween activities are based—"trick or treat?"—has become redundant. It has ceased to be a question at all. Children show up at some stranger’s house, utter a few words as a mere formality, and get exactly what they came for every time. This is no way to run a railroad, patriots.

I never buy candy for Halloween. I’m a "trick" guy, always have been, and if you ever come knocking at my door begging for sweets, you can be damn sure I’m gonna make you earn it. So far, not a single youngster has been up to the task. Except for little Aidan Finch, whose Harry Potter wand nearly landed a decisive blow to the gonads. That brave lad earned himself a half-emptied magazine from a Kalashnikov I pilfered off a Serbian nationalist who tried to slit my throat in the summer of ’94. That's what I call a treat.

Not surprisingly, young Aidan’s courage is sorely lacking among members of the "participation trophy" generation. Most of them can’t wrap their feeble minds around the fact that, in America, you don’t get rewarded just for showing up. The runts usually stand there sullen and bewildered before huffing off into the withered arms of their effete hipster daddies. These kids wouldn’t have lasted six minutes on the streets of Srebrenica during the siege. When I was their age, I was chucking Molotovs at Soviet convoys on the outskirts of West Berlin. I didn’t go around demanding treats. Watching the Wall come down with a beautiful Teuton in my arms in '89 was sufficient reward.