Former Vice President Joe Biden is under fire ahead of his expected entry into the already crowded 2020 Democratic primary field. His record on racial issues has been deemed problematic. His efforts to recruit Stacey Abrams as his running mate were seen as "exploitative." Most recently, Biden has been accused of unwanted touching by multiple female associates.

The allegations do not exactly come as a surprise. Biden's handsy behavior has made him the subject of ridicule in the past, but the reaction has typically been one of amusement, rather than condemnation. In light of the new allegations, some pundits are already suggesting that Biden should give up on his presidential ambitions, and "quit while [he's] ahead." However, a number of prominent women have rallied to Biden's defense, including House Speaker Nancy Pelosi, former White House adviser Valerie Jarrett, and the hosts of "The View."

Many of Biden's critics appear willing to ignore ample evidence of the former veep's commitment to the cause of modern feminism. For example, at a time when the scourge of "manspreading" has reached epidemic proportions, Biden has valiantly bucked the trend by keeping his legs closed, or in some cases tightly crossed, in social settings. And while the phrase "feminist hero" shouldn't be used lightly, you might be tempted to embrace it after viewing these photos of Biden keeping his manly legs to himself — unlike some presidents we know.

Looking after the ladies 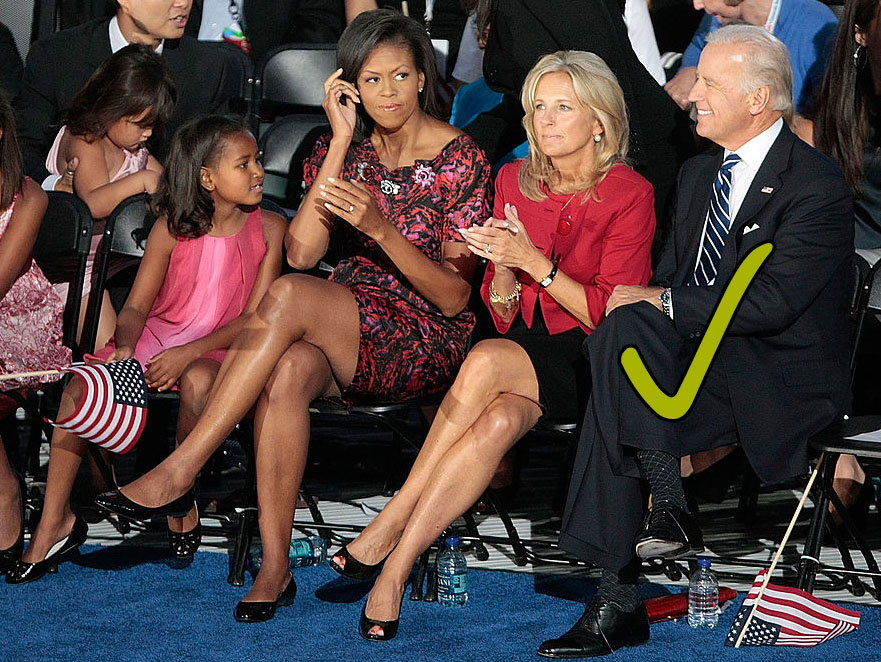 He bets against the spread 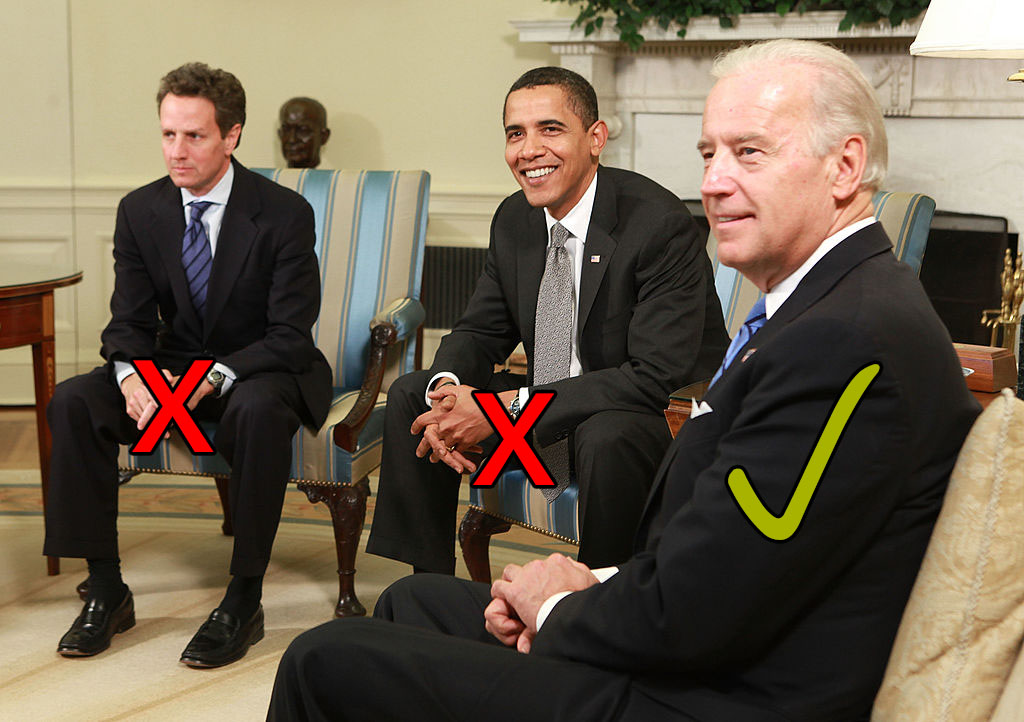 Even in the Oval Office 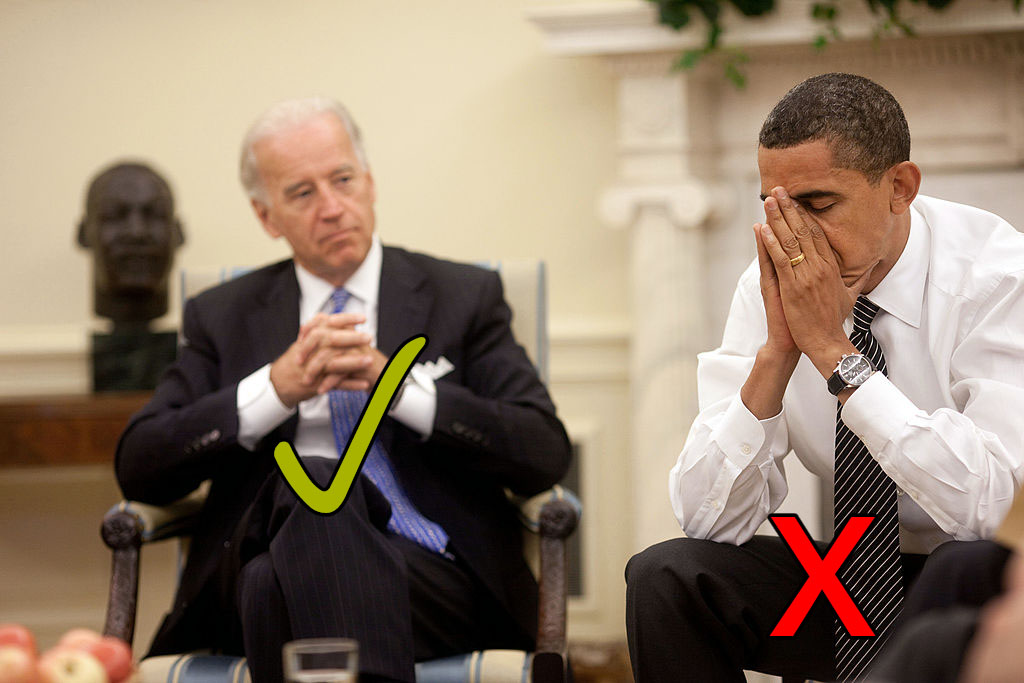 Or sitting courtside at the ball game 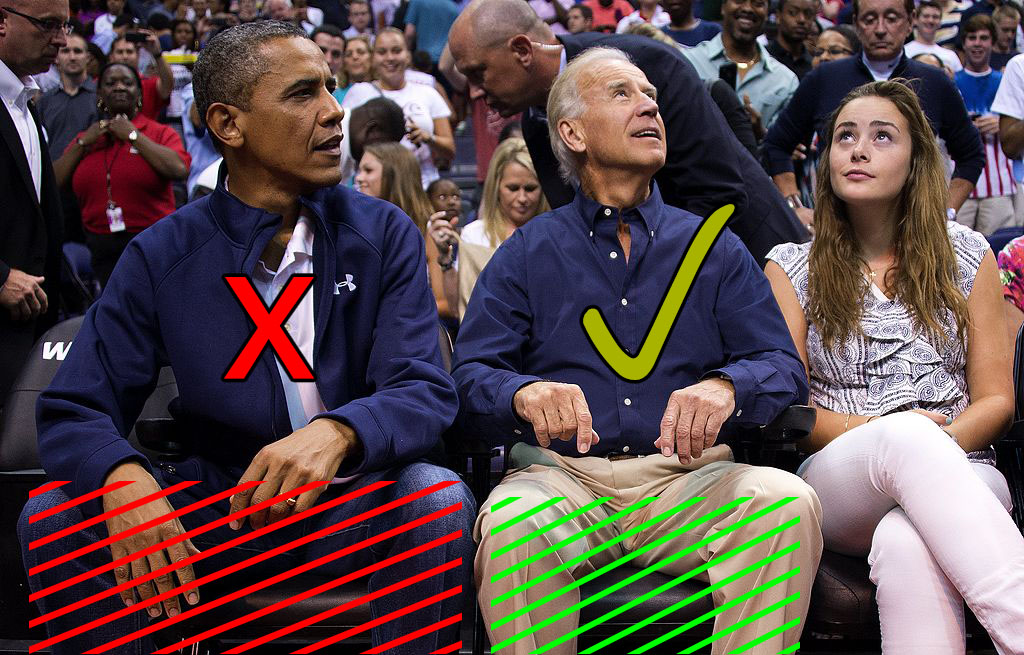 Or attending "beer summits" with the guys 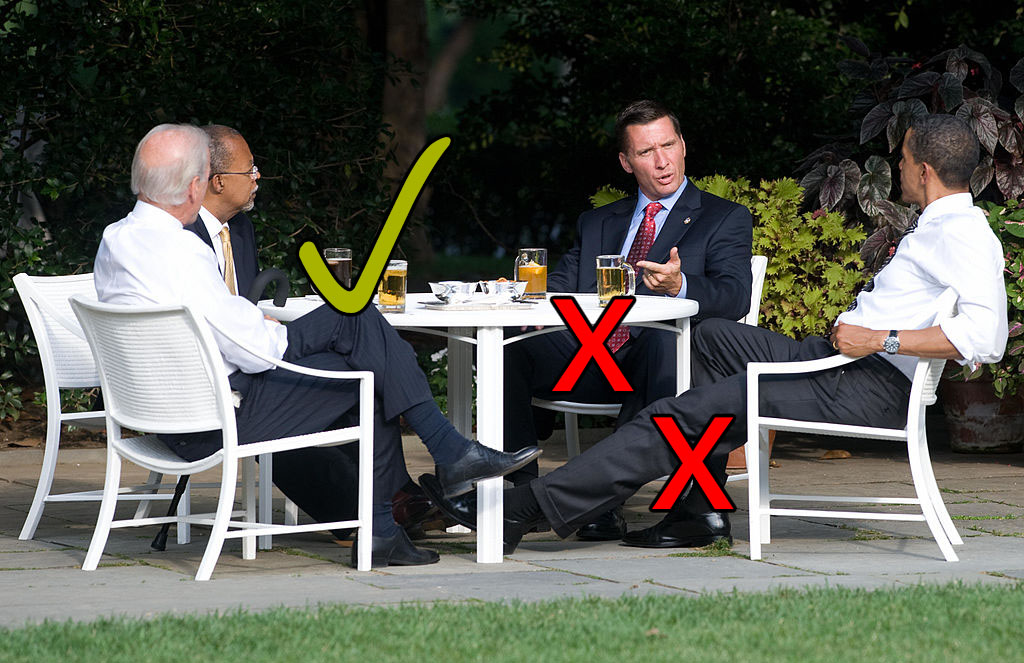 He keeps his friends close, and his leg-emies closer 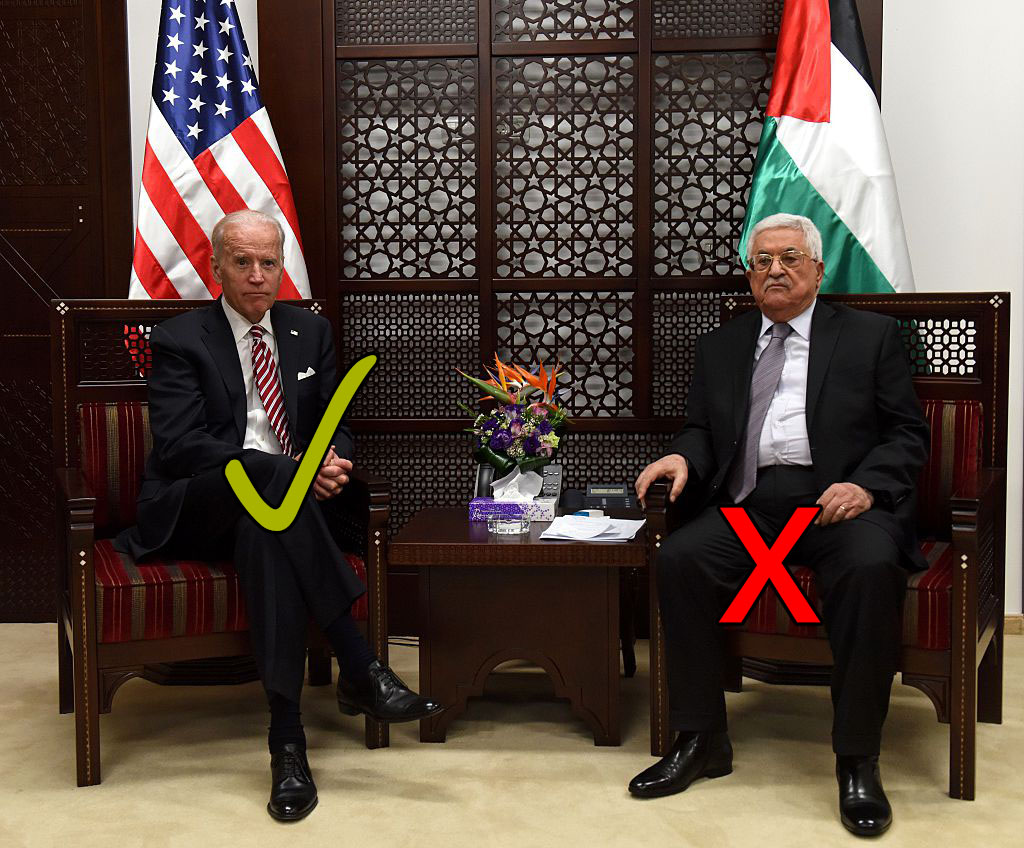 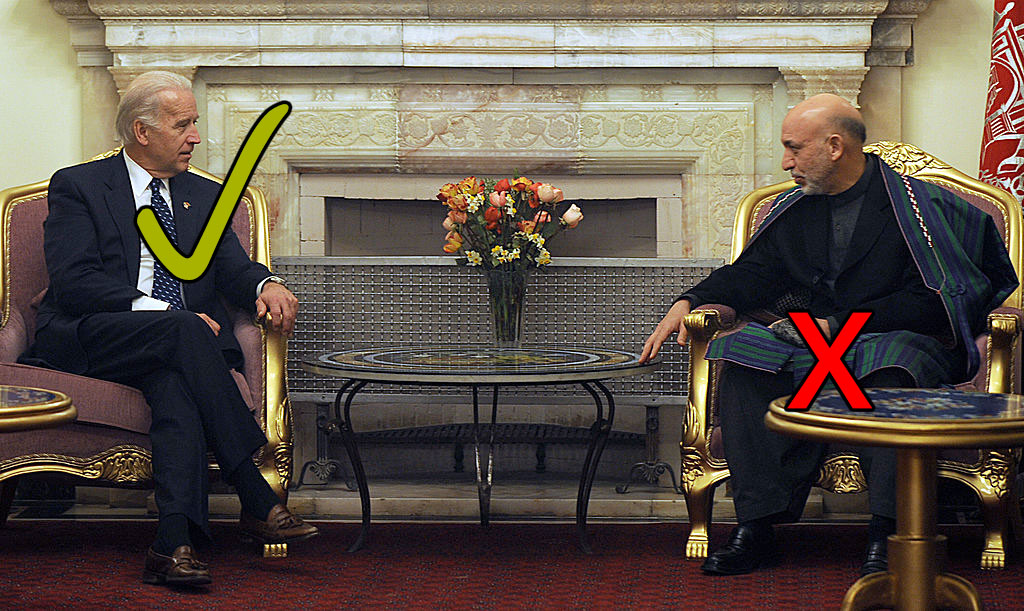 Even Dubya slips from time to time 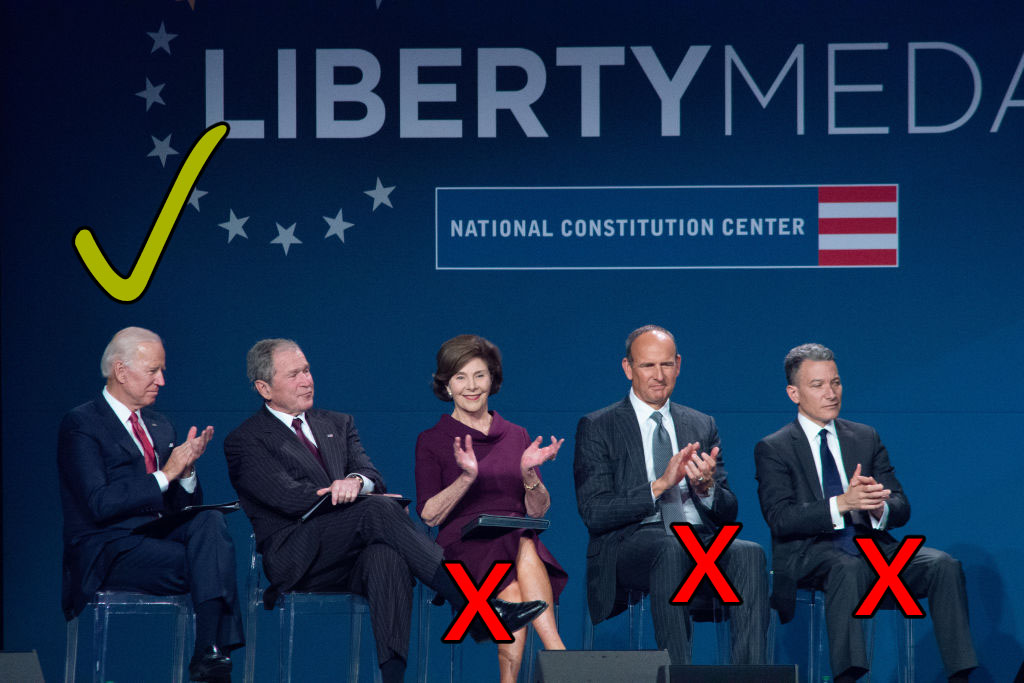 When it comes to the "spread," Biden appears to a better grasp of what it takes to respect women and their personal space than our previous two presidents. And he certainly has a "leg" up on Bill Clinton, whose legendary manspread managed to make 7′ 2″ NBA star Dikembe Motumbo look like a child. 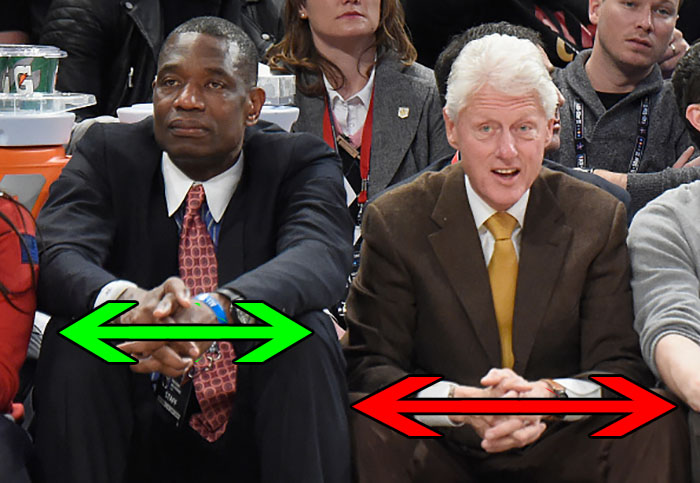