BUSTED: Lena Dunham Is a Liar (Just Like Hillary Clinton)

Lena Dunham is all in for Hillary Clinton. The millennial heartthrob interviewed the prominent grandmother in September, asking how younger generations could get excited to vote for a candidate that lacks anything resembling charisma. "If you can't get excited, be pragmatic and do it anyway," Clinton explained.

Dunham in currently on the campaign trail in New Hampshire rallying supporters and taking over the candidate's Instagram account. She's also telling big fat lies just like Hillary does all the time.

Dunham told a crowd of supporters Friday that Hillary is so cool because she "believes that the globe is actually warming." Everyone in New Hampshire should know this, Dunham alleged, because "I didn't even need my jacket outside and it's January in New England, you guys." Here's the clip:

Here's a photo of Dunham at that same event prior to taking the stage. It's also proof that she's a liar:

You can't hide from the truth, Lena. 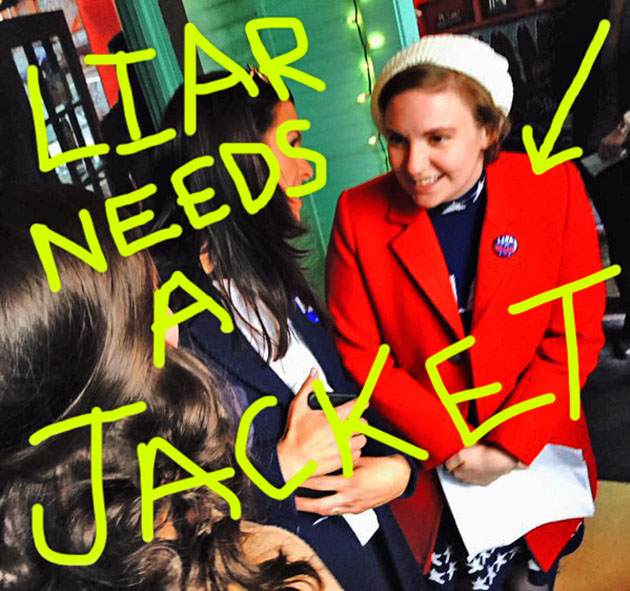